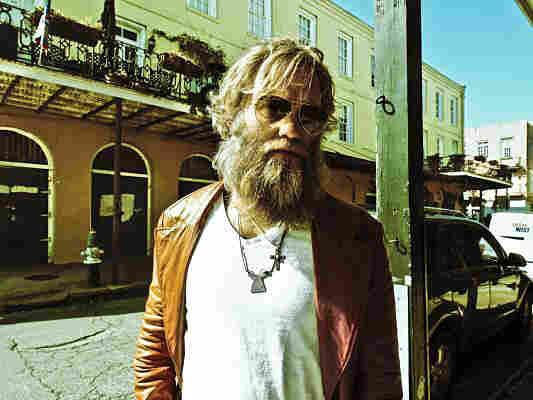 "Standing With The Angels"

Anders Osborne's music may get filed under blues or possibly rock, but the New Orleans-based guitarist has an astonishing range; he seems equally at home as an acoustic singer-songwriter and in guitar-hero mode. Osborne's ferocious electric solos have earned him a following on the jam-band scene, but his last record -- the unplugged and breezy Coming Down -- featured a sousaphone rather than bass guitar. In fact, his love of Louisiana's traditions prompted him to make a record (Bury the Hatchet) with the Mardi Gras Indian "Big Chief," Monk Boudreaux.

For a performer who gives of himself so thoroughly, both on stage and in the studio, Osborne is somewhat reserved in person, not eager to talk about his recent (successful) stint in rehab. He's also reluctant to volunteer the stories behind his songs of redemption and heartbreak, but clearly, he's a man with many stories to tell and all the talent it takes to tell them in the genre of his choosing.

Osborne's latest record, American Patchwork, covers plenty of musical territory. But it remains cohesive, tied together with skillful songwriting and expressive, pitch-perfect vocals -- and that comes through in this session for WFUV, too.