Accessibility links
Palestinians Make Strides In West Bank Security The Palestinian Authority has taken a larger role in restoring order in the territory, forming a new civilian police and a security force trained and funded by the U.S. and the EU. It's considered a success story -- and key in the resumption of peace talks with Israel -- but a report says it's hard to sustain. 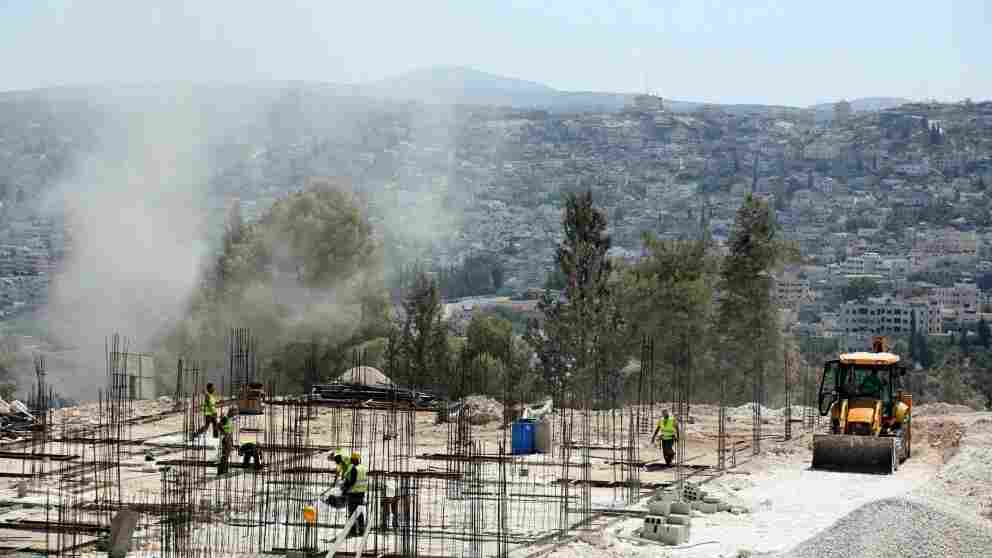 Israeli and Palestinian leaders are back at the table negotiating for peace, and a key factor in getting them there was improved security in the West Bank. The Palestinians have taken a larger role, forming police and security forces that have helped restore order in the disputed territory. It’s considered a success, but a new report says it’s hard to sustain.

The Israeli Defense Forces have ultimate authority over the entire West Bank -- and still control day-to-day security in 60 percent of the area. But coordination with the Palestinian police is necessary for success. The Palestinians have largely delivered -- convincing the Israeli security establishment that they can get the job done.

"It's a huge success story. I think there's almost a revolution, I would say. It's amazing," says Avi Issacharoff, who reports on Palestinian issues for the Israeli newspaper Haaretz. “The West Bank that the Israelis knew till 2005 is not the same like it is right now. It's a very quiet place; it's a very secured place, safe. I would say it's even safer than the streets of Tel Aviv.”

But in Beit Sahour, a Palestinian Christian town south of Jerusalem, the chief of police says coordination, while improved, is still lacking. 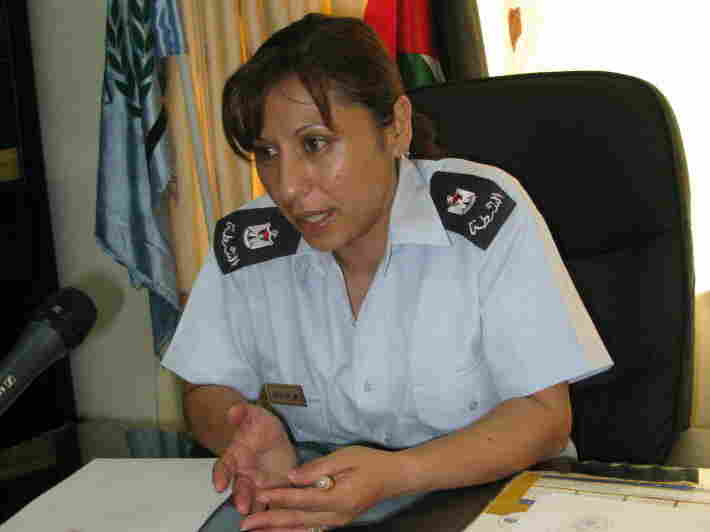 Abir Abu Farah, chief of Palestinian police in Beit Sahour south of Jerusalem, has been on the job for about a year and says coordination with Israeli forces is an ongoing challenge. Rick Davis/NPR hide caption

"This coordination is not immediate. It can take hours for the Israelis to respond to our requests," says Capt. Abir Abu Farah.

With about 32,000 people, Beit Shahour has four churches, one mosque and a thriving business -- making olive-wood souvenirs for the tourists in nearby Bethlehem. Palestinian women have been making it to top government posts, but Farah is the first female chief of police. She’s been on the job for more than a year -- part of the state-building measures of Palestinian leader Mahmoud Abbas.

In this male-dominated Arab society, Farah, 32 and trim in her blue uniform, demands respect from all of her subordinates. "They have to salute -- I have instilled in my workers the facts that we deal with each other in a military fashion rather than a societal stereotype fashion," she says.

The problem for her police force, Farah says, comes in the areas adjacent to Beit Sahour, where Israelis are in direct control. A criminal can commit a crime in Beit Sahour, she says, and then flee to the Israeli-controlled areas known as Area C.

"Not only do the criminals know that we can't go into Area C -- everybody does. Area C is a safe haven for criminals," she says.

And Israeli patrols make unannounced sweeps in her town. “The Israelis come in as they wish -- at night, in the daytime. And whenever they appear, we have to disappear, and this puts us in an embarrassing situation with our citizens," she says.

"A few days after that, they had the cars, they had the fingerprints, they had the names, and they arrested the people who were actually involved in this attack,” Issacharoff says. “So I think at the end of the day, even with some kind of limitation from the Israeli side, yes, they perform and manage to show that they have real control on the ground."

But that control is difficult to sustain, according to a new report by the International Crisis Group. The report recommends expanding the area of Palestinian jurisdiction -- and curbing Israeli patrols in Palestinian areas unless there is the threat of imminent attack.

That wouldn't happen in a snap, though, Issacharoff says: "It's not like a process that can happen [just] like that. Sometimes it needs time."

For the Palestinians, control on the ground is limited under occupation, as the report points out. But for now, the success of the police and the security forces is welcomed by the Palestinians and recognized as a positive step by the Israelis.