Accessibility links
Afghan Voters Head To Polls Amid Threats, Fraud Afghanistan elects a new parliament on Saturday. But the credibility of the election is at risk. As the war between the Taliban and U.S.-led coalition continues and predictions of widespread election fraud grow, many voters say they may stay home. 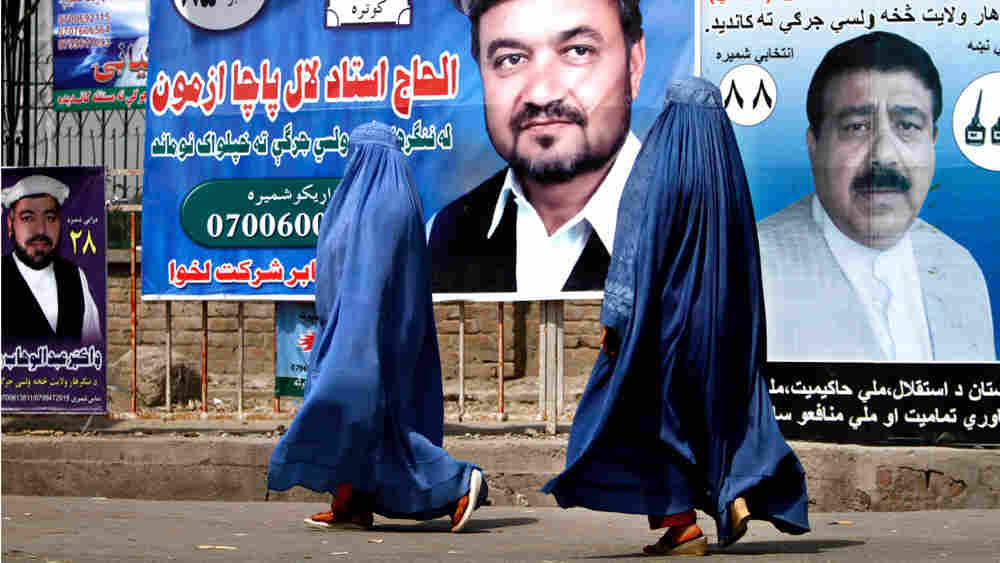 Voters in Afghanistan head to the polls on Saturday to elect a new parliament.

But the growing war between the Taliban and U.S.-led coalition and predictions of widespread fraud could render these elections less credible than last year’s controversial presidential polls.

Such concerns have many voters thinking they should stay home.

A financier named Habiburahman says he is not planning to vote Saturday, nor is university professor Abdul Nasir Wojohat.

Afghan Election By The Numbers

Parliamentary seats up for grabs: 249

Polling centers that will be closed: 938

These registered voters and many others interviewed near a Kabul high school that will be converted into a polling station on election day say they don’t see the point. They have lost faith in the Afghan government’s ability to improve their lives.

'We Are Letting Them Down'

More optimistic Afghans who want to vote are also hesitating. They wonder whether it is worth the risk, given a formal warning Thursday from the Taliban that militants will launch attacks to disrupt the elections.

The threat is stoking fears, especially in areas where the Taliban control large swaths of territory like Ghazni province, a two-hour drive south of Kabul.

Incumbent lawmaker Daoud Sultanzoi, who risked the dangerous drive to visit with constituents, says he finds the situation frustrating.

"We are letting them down. The government should have created enough security. We knew this election would take place five years ago. What [are] the 150,000 foreign troops and 134,000 Afghan troops and 100,000 policemen doing in this country? What are they doing? What is their job?" he asks.

Two businessmen sitting in Sultanzoi’s cramped campaign office in the provincial capital smirk at a visitor who asks whether the elections will at least be fair.

No honest elections in Ghazni, predicts one of the men, Monir Ahmad. He says fake voter registration cards abound in the province and that cards can be bought for as little as $1 apiece.

His friend Ershad says the person selling them is a district field coordinator, a Kabul-appointed election official. 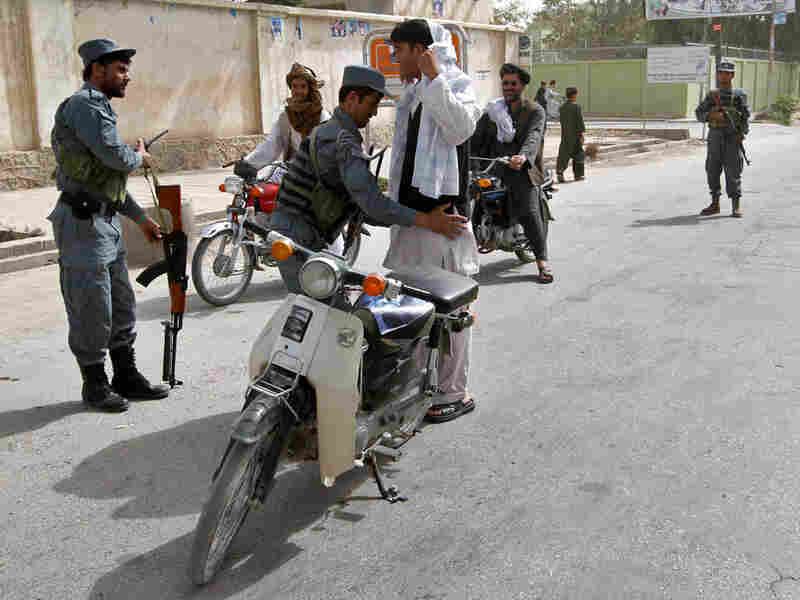 A police officer frisks a motorcyclist at a checkpoint in Kandahar on Friday. Afghan President Hamid Karzai urged citizens to vote in Saturday's parliamentary election despite fears of violence. Allauddin Khan/AP hide caption 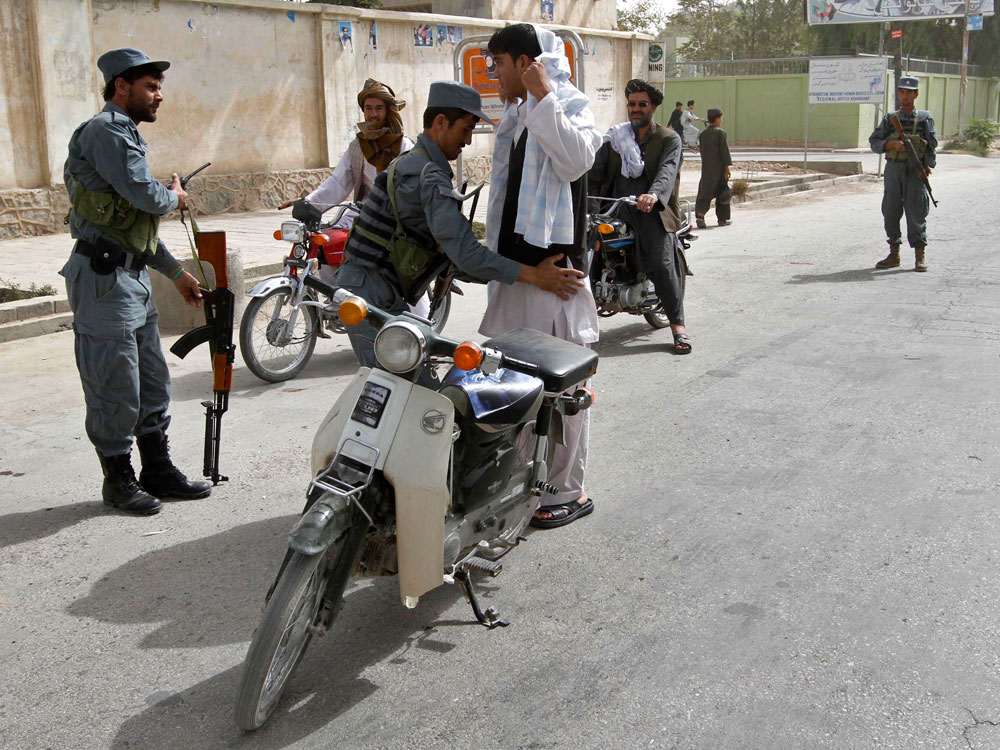 A police officer frisks a motorcyclist at a checkpoint in Kandahar on Friday. Afghan President Hamid Karzai urged citizens to vote in Saturday's parliamentary election despite fears of violence.

In the Afghan capital, such claims are distressing to the head of the country’s Independent Election Commission, Fazel Ahmad Manawi.

He says he has worked hard to limit the potential for fraud during these elections. He blacklisted 6,000 workers accused of vote-rigging and other illegal behavior during last year’s presidential polls.

He has traveled across the country to meet with poll workers and impress upon them the importance of holding an honest election.

Manawi says he also made the 34 provincial election chiefs take an oath on the Quran that they will obey the law.

Yet despite these efforts, he estimates that as many as one in five candidates and their supporters might cheat or try to intimidate voters.

Nader Naderi of the Free and Fair Elections Foundation of Afghanistan shares that worry. He says polling centers are being opened in areas where even an escort of U.S. Marines wouldn't be able to guarantee security.

"So that means that elections will not take place there, and ballot boxes will be stuffed," he says.

Officials say there also are fewer independent observers this time to ensure transparency. For example, there are half as many international monitors compared with the presidential polls.

Importance Of The Election Process

Among the poll watchers is the U.S.-based Democracy International. Jed Ober is chief of staff of the group’s Afghanistan mission.

Despite the challenges, he hopes voters will turn out to select a new Afghan parliament, or Wolesi Jirga.

"The Wolesi Jirga perhaps more than any institution over the past year has been able to provide some balance to executive authority. They’ve displayed some of the characteristics you’d want to see of a parliament in a developed democracy, and that is very encouraging and I think it underscores the importance of this election process," he says.

Ballots will be counted after the polls close Saturday night. But officials say preliminary results aren’t expected for several days at least.