Accessibility links
150 Years Of Afghan History In One Theater Marathon A tiny London theater company has taken on an enormous project -- to tell the story of Western involvement in Afghanistan over the last century and half in an all-day production. The Great Game: Afghanistan was a hit in Britain and has just opened a US tour at the Shakespeare Theatre Company in Washington, D.C. 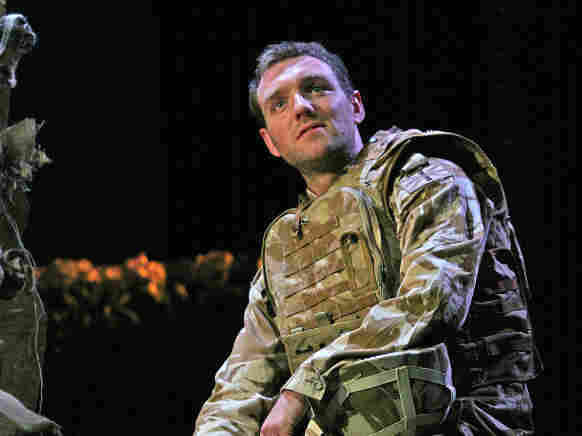 Tom McKay plays the role of several soldiers, including one in Canopy of Stars. John Haynes/Tricycle Theatre hide caption

A tiny London theater company has taken on an enormous project – to tell the story of Western involvement in Afghanistan over the last 150 years in an all-day marathon of 12 one-act plays.

The Great Game: Afghanistan was a hit in Britain and has just opened a U.S. tour at the Shakespeare Theatre Company in Washington, D.C.

"I felt there were no artistic responses, at all, to what had gone on in Afghanistan," says Nicholas Kent, artistic director at London's Tricycle Theatre, where this project was born. "There was no way for the public debate to be raised. There’d been Khaled Hosseini’s book, The Kite Runner, and that was more or less it."

A Dozen Stories From A Dozen Voices

So Kent got in touch with 12 authors -- among them, David Edgar, who adapted Nicholas Nickleby for the Royal Shakespeare Company. Each was asked to write a play about a different period of Western engagement in Afghanistan, beginning with the first Anglo Afghan War in 1842.

"The playwrights have all brought their own creativity and sensibilities to these plays," Kent says. "They’re all over the map stylistically, and that’s the joy of them. I mean, if you happen not to like one play, it’s like a bus: There’ll be another one along in 30 minutes." 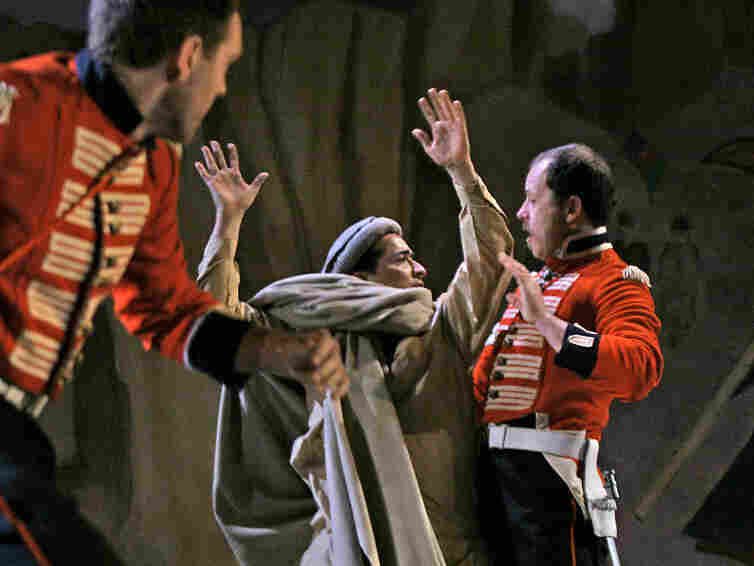 The result, The Great Game: Afghanistan, can be seen over three evenings or in a one-day marathon that starts at 11:30 in the morning and ends at 10:30 at night.

A Powerful, If Mixed, Reaction

Matt Wolf, a critic for the International Herald Tribune, saw The Great Game in London and had a mixed reaction.

"Some parts of it are better than others," he says. "There are some parts that feel like dramatized history lessons or that get sort of thesis-bound or in thrall to dogma. But, I think, in the large scheme of things, those cavils fall away, because so much of it is so exciting."

Fourteen actors perform dozens of roles in the marathon. On the first day of rehearsal, director Kent gave them all a 200-page handout on the history of Afghanistan. 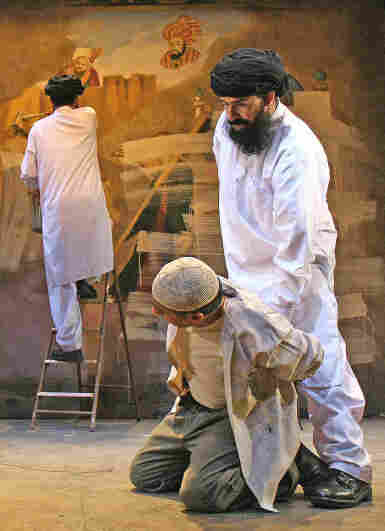 The plays touch on many parts of the country's history -- the three wars with England, the Soviet occupation and the rise of the Taliban, among them. Some aspects are only briefly touched on, like the drug trade or the period from the 1930s through the '70s, when Afghanistan was a fairly stable and secular state.

"Even in seven-and-a-half hours," Kent says, "you can’t do the entire history of a country for 150 years."

During one of the marathon days of the London run, the audience consisted entirely of military personnel. Sarah Frankland of the British Council, which is sponsoring the American tour, says General Sir David Richards, head of the UK’s defense forces, commissioned the command performance:

"And he stood up there and said, "If I’d seen this before I went into Afghanistan, I’d have thought about it differently."