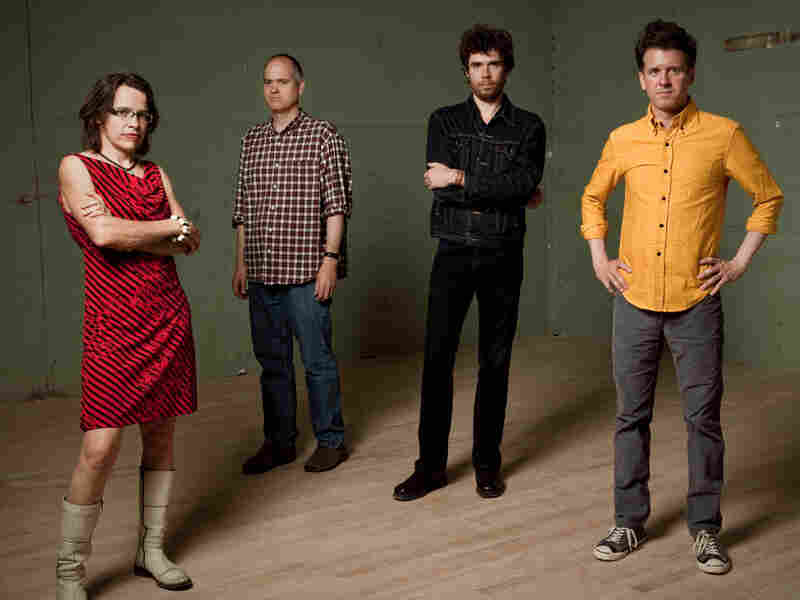 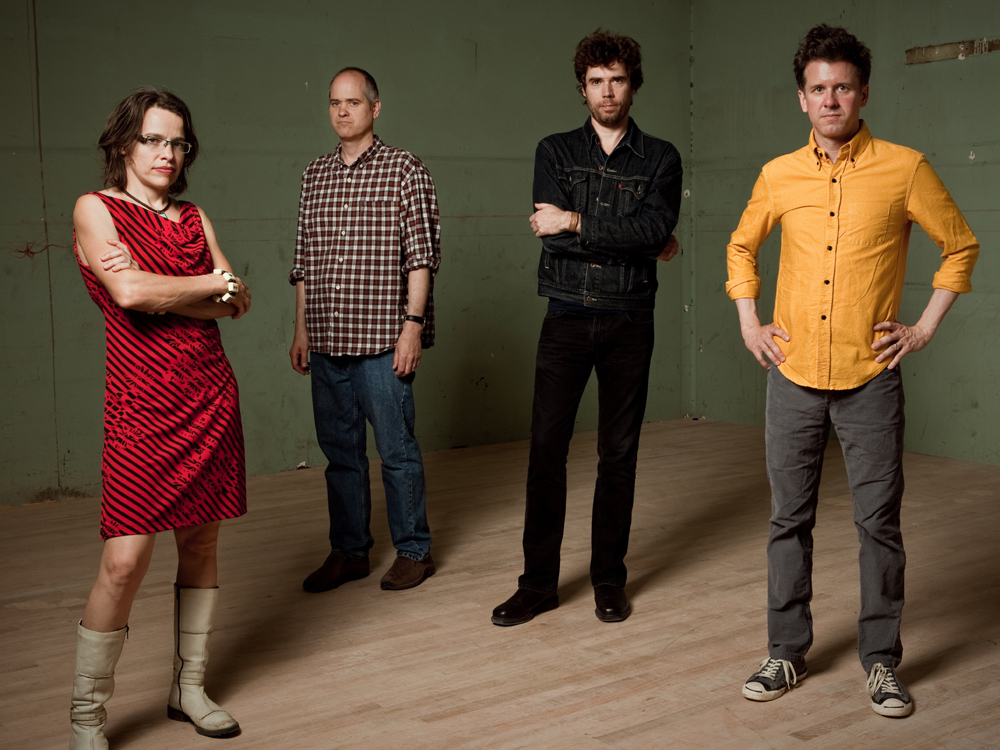 Superchunk has just released its first album of guitar-fueled rock in almost a decade.

Mac McCaughan has kept busy in the nine years since his band Superchunk released its last album. Merge Records, the label he co-founded with band mate Laura Ballance, has grown into an influential force in the music industry, responsible for taking many indie talents mainstream. In August, Merge artist Arcade Fire hit the top of the Billboard album chart with The Suburbs. This is a first for McCaughan and Ballance's label.

Amidst growing success in the business world, Superchunk has still managed to squeeze in some recording time. The band just released Majesty Shredding, its first new album in almost a decade.

"What allowed this record to happen was us figuring out a way to make a record that worked for everybody, doing what we're all doing now," McCaughan tells NPR guest host Mike Pesca. "Everybody's busy."

A new generation of music fans has emerged since the group's previous album, leaving some of the older musicians and concertgoers feeling out of place. The band addresses this in "My Gap Feels Weird," which deals with, as McCaughan describes it, "going to rock shows and not knowing anybody there, mainly because they're 20 years younger."

The music video for "Digging for Something" also touches on this theme. The video depicts original members of Superchunk wresting their on-stage roles from younger replacements.

Laura Ballance is one of almost 800 women who filled out our questionnaire about working as a musician today. You can read hers here, and all the rest here.

McCaughan says he doesn't feel spiteful toward newcomers, though. Without them, he says, there wouldn't be anything new. And it's not as if the older rockers don't have their own roles.

"Some of the bands we work with on Merge are half my age, but a lot of the records I listen to are made by people who are 20 or more years older than me," he says. "I think it's all over the place in terms of where good music comes from."

Majesty Shredding doesn't stray from the classic Superchunk sound of tightly wound, guitar-fueled rock. The album does, however, mark something of a new direction.

"This is actually the first record that we've put out that had the lyrics in the liner notes," McCaughan says. "You never really could hear them on the first few records. I thought the mystery of that was kind of a good thing. But at a certain point, you can kind of hear what they said anyway, and people really like to have them."