Accessibility links
Ambitious 'Young Guns' Shake Up GOP A group called the Young Guns is poised for a new kind of Republican majority if the GOP takes the House in November. The group's top brass say they're bringing much-needed new ideas, but insist they don't aim to overthrow established leaders like John Boehner. Others warn the veterans to look out. 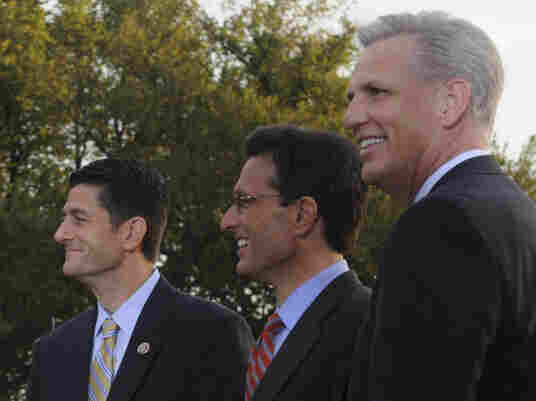 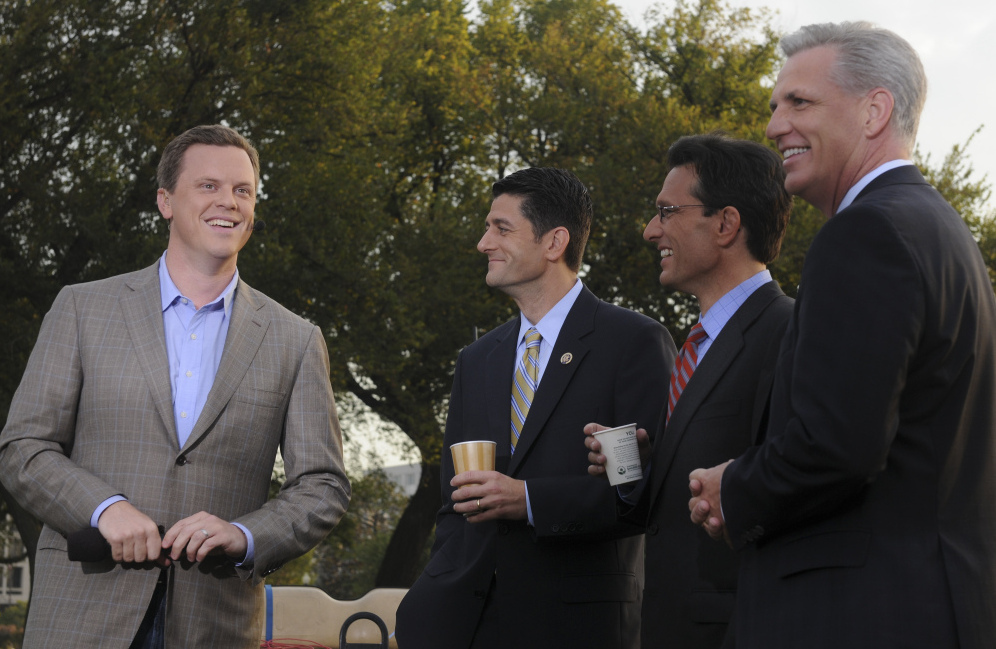 When Election Day comes around in six weeks, Republicans are expected to pick up seats in the House of Representatives -- at the very least. With voter dissatisfaction high and the economy laid low, the GOP hopes that voters will give them the majority.

If that happens, a group of ambitious conservatives is waiting in the wings. They call themselves the "Young Guns" -- and they know they can't be the same old GOP.

Rep. Eric Cantor (R-VA), the House minority whip, laments Republicans' ethics problems and out-of-control spending under President George W. Bush: "The Republican Party lost its way. We blew it on spending; we didn't conduct ourselves according to the expectations that people had."

Cantor is the Young Guns' leader. The thinker is Wisconsin Rep. Paul Ryan, and the strategist is California Rep. Kevin McCarthy. Together, the three make up the top brass of the Republican Young Guns. They've been recruiting fresh conservative candidates in districts all over the country, many of them from the Tea Party, and giving them money and campaign support -- getting them ready, Cantor says, for their new majority.

"It gives Republicans an opportunity to not only be contrite about the mistakes of the past, but to say, 'Look, we're going to go forward in the right way. We're going to go back to the principles that built this country of free enterprise, of liberty and accountability,' and that's what the Young Guns is about," he says.

'Not On The Same Page'

But wait -- don't the House Republicans already have a leader? Yes: the presumptive speaker-in-waiting, John Boehner.

"Listen, I grew up in a family of 12, my dad owned a bar, and, as I like to say, all of the training I need for my job I learned growing up," Boehner said, describing his job as Republican leader at his weekly news conference.

Notice that he doesn't mention ideas as much as people skills. It's the mark of a House member who's been around a long time. Boehner knows that the tricks to leadership are hard work and making people get along. 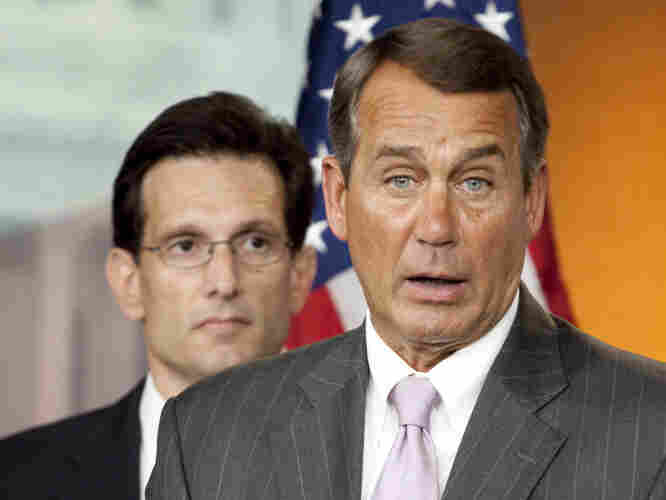 House Minority Leader John Boehner of Ohio (right), accompanied by House Minority Whip Eric Cantor of Virginia, speaks on Capitol Hill in April. Cantor is the leader of the Young Guns movement in the Republican Party, and some Republicans say his group could topple longtime Republicans like Boehner. Harry Hamburg/AP hide caption

"You work around a bar -- I mopped floors, I cleaned dishes, I waited tables, I tended bar. You have to learn to deal with every character that walks in the door," he said.

"They're not on the same page. There's an enormous amount of ambition coming from these Young Guns," Ornstein says.

And it's not clear, he says, whether a new crop of anti-establishment conservatives is going to want to line up behind a longtime party guy like Boehner.

"They represent a growing tide in the House Republican ranks, and perhaps a little bit out in the country. Boehner is an old-school kind of guy, so he's looking very suspiciously over his shoulder," Ornstein says.

And just over Boehner's shoulder is Cantor, the leader of the Young Guns. It's a tension categorically rejected by both men, but not by their rank and file.

"Certainly he's going to be looking over his shoulder. Certainly," says Arizona Republican Rep. Jeff Flake. With so many Tea Party types likely coming in, Flake says, this could be a really different, more ideologically pure Republican majority than previous ones.

"You're going to have a real change in the way Congress and a Republican majority operate -- it's just vastly different than it was before. And I don't know that those who are used to that old model will accept the new model very well. We'll have to see," he says.

South Carolina's Bob Inglis lost his primary in June to one of those new Republican faces. After his defeat, Inglis criticized the GOP's embrace of the Tea Party.

"If I were John Boehner, that would be my concern: ... How do you make sure to lead without people backlashing on you and deciding that no, you're not conservative enough, or you're not pure enough?" Inglis says.

But again, those Young Guns -- Cantor, Ryan and McCarthy -- insist that their group is not an attempt to take over the party.

"I reject that notion that somehow there is this brewing battle, because it's just not the case," Cantor says.

"The leaders of the Republican Party are going to be the ideas of the party," McCarthy says. "And that's what's leading us. You know, a lot of people sit back and say, 'Who's the next Newt Gingrich?' It's this freshman class coming in; it's the ideas that [are] here. That's what's driving this party; that's the definition of Young Guns; that is what the movement is about: ideas."

But ideas can't wield a gavel. And if Republicans do win the House majority, a lot of freshman conservatives will owe their success -- at least in part -- to the Young Guns.