Accessibility links
High-Tech Runners Train Smarter With GPS A good pair of shoes and an open stretch of trail were all runners used to need. But now many swear by GPS technology that monitors their speed and distance, and new smart phone apps tell them whether they need to pick up the pace. 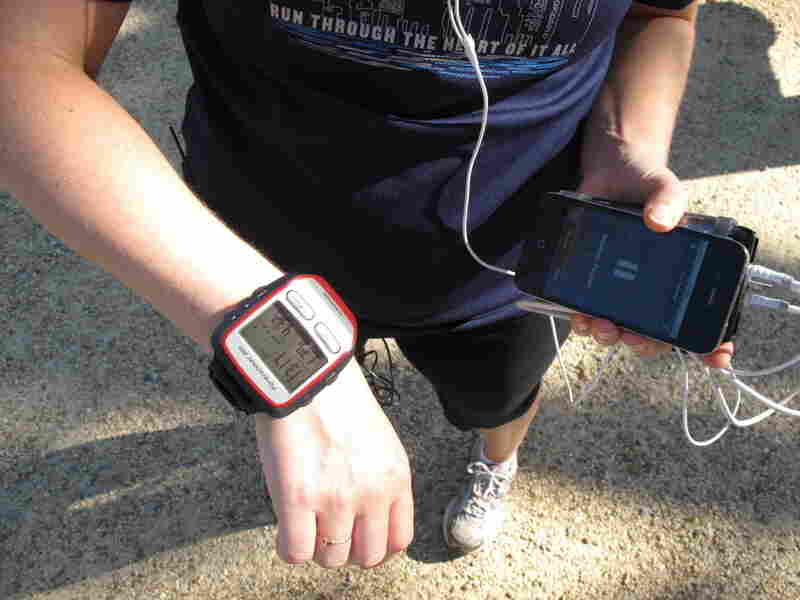 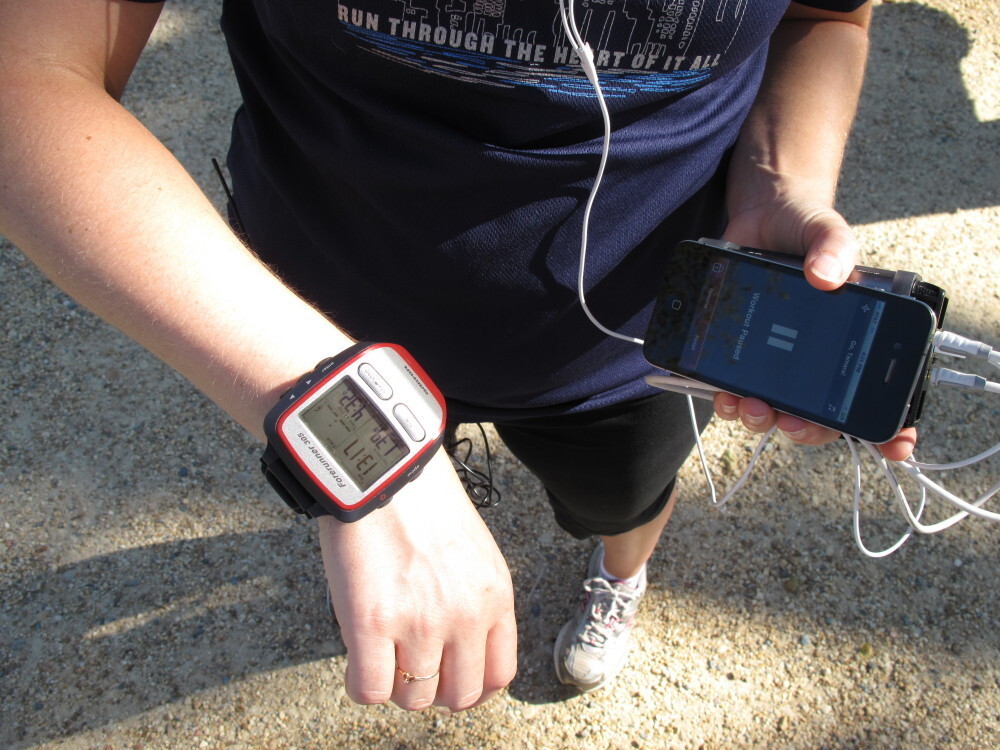 It used to be all runners needed were a good pair of shoes and an open stretch of trail. But even this most basic sport has gone high-tech.

Many runners swear by their GPS watches that constantly update pace and distance. Now, smart phones with built-in GPS offer new tools to even more runners in the form of running applications.

I'm a runner. Not a good one, not a fast one, just a runner. I'm also a total gear head.

I'm the person you see coming down the trail with a GPS wristwatch on one arm, an MP3 player on the other, water bottles strapped to my waist and compression socks pulled up to my knees.

I realize this is super geeky, but I love to know precisely how fast I'm going. If my GPS says I've gone only 5.95 miles, I'll run up and down my driveway to get it up to 6. 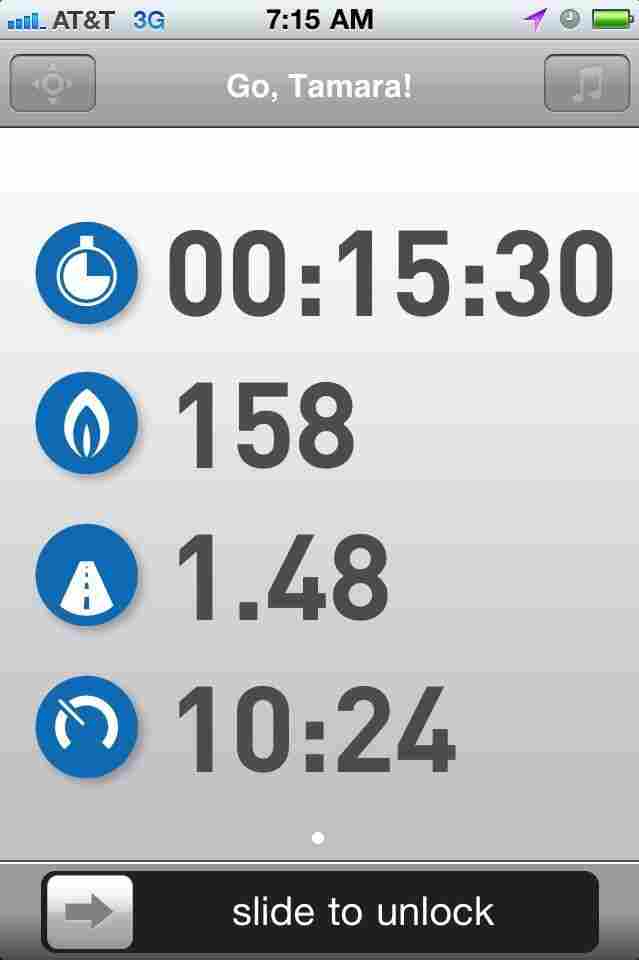 Runners can know exactly how fast and how far they're running using GPS-based smart phone apps, like miCoach from adidas. Screenshot hide caption 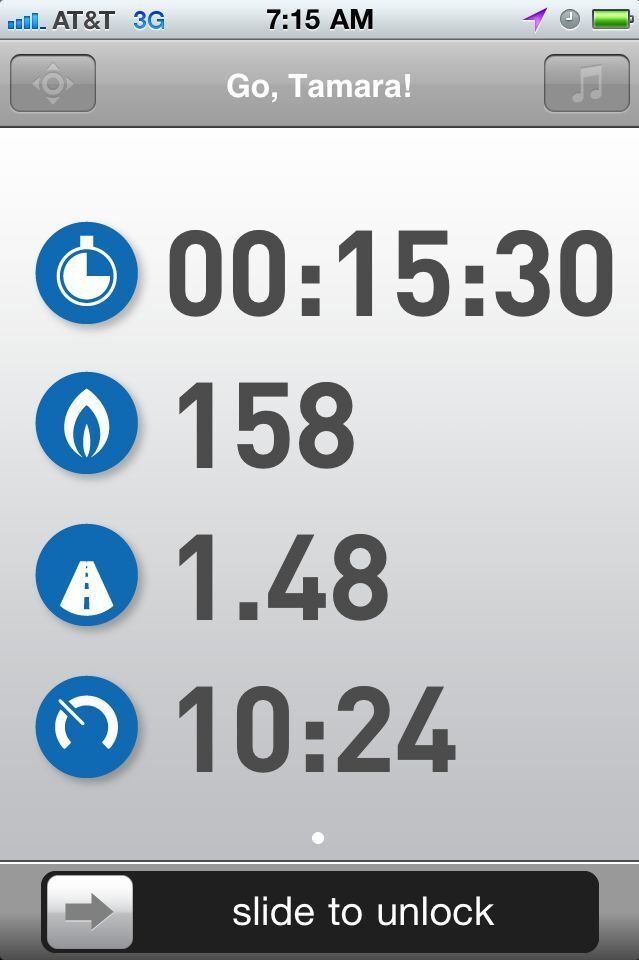 Runners can know exactly how fast and how far they're running using GPS-based smart phone apps, like miCoach from adidas.

So of course one of the first things I did when I got my new iPhone was install a bunch of running-related apps: RunKeeper, iMapMyRun, the Nike+ GPS app and one from adidas called miCoach.

With miCoach, you set up a training plan online, and then the app guides you through your runs with voice cues. I take it out for a run around the National Mall and as I go, the app's friendly female voice tells me I need to speed up.

"Speed up to yellow zone. Five minutes," the voice says.

I'm breathing heavy, and running fast -- or at least, I think I am -- when the app says again, "Speed up to yellow zone."

And so I do speed up. When the run is complete, the app offers a little encouragement.

Like all of these running apps, miCoach allows you to check your stats, see the run on a map, tweet your results, and upload data to the Web. They cost less than $10 each and have slightly different bells and whistles.

"I've actually gotten quite addicted to the data and the specific information that I can get in real time and then sort of play with after my run," says David Willey, editor-in-chief of Runner's World magazine.

Review: Sorting Through The Many Running Applications

A regular user of iMapMyRun and RunKeeper, Riley says in the past only very serious or elite professional runners got this kind of coaching and detailed information. Now, anyone can.

"There are probably more runners that are out there training smarter than there ever have been, because of this technology and the sort of democratization of technology," Willey says.

And then there are people like my running partner Rich Cohen, who has been a runner since college and can easily finish a 6-minute mile.

"It's nice to just go out there with your watch and just enjoy the outdoors, and enjoy the nice weather and people running around you and maybe some of the scenes," Cohen says. 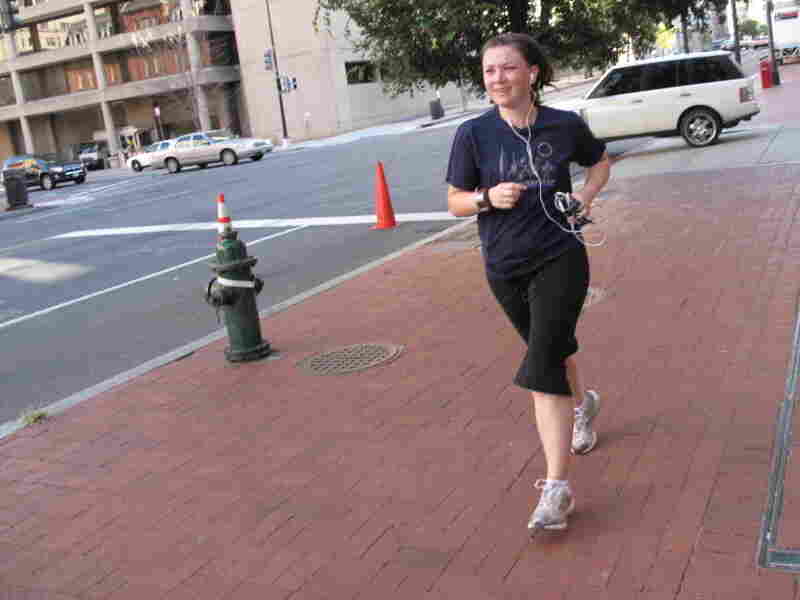 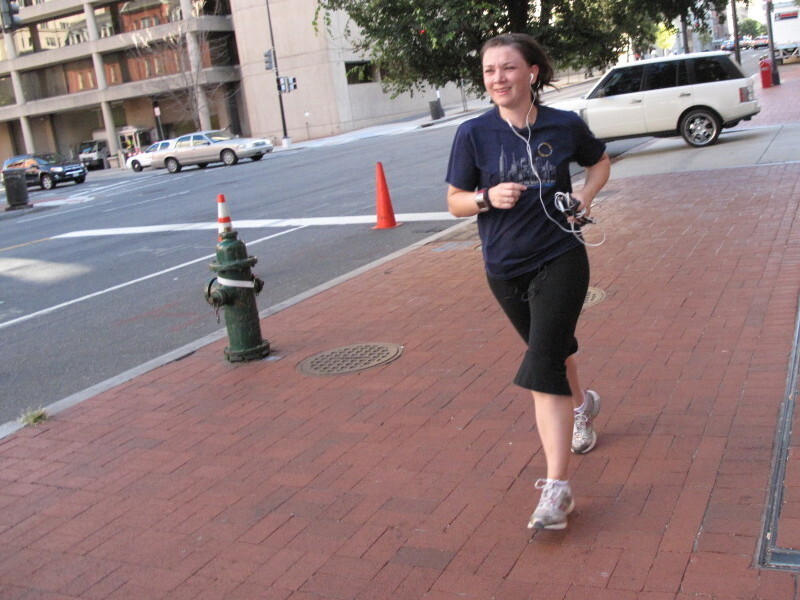 Tamara Keith runs from NPR headquarters in Washington, D.C., to the National Mall.

When he says "watch," he's not talking about one with a built in GPS -- just a plain old watch so he knows what time it is. Rich and I run together when he wants to take it slow. And I get the sense that he thinks all my gear and technology are silly.