Accessibility links
Lawmakers Target China Trade Policies For Jobs Woes It's the election season, U.S. jobs are a top political concern, and that means it's time to turn up the heat on China. Members of Congress, Republicans and Democrats alike, have long pushed U.S. administrations to put more pressure on China over its trade policies, and they are getting their way. 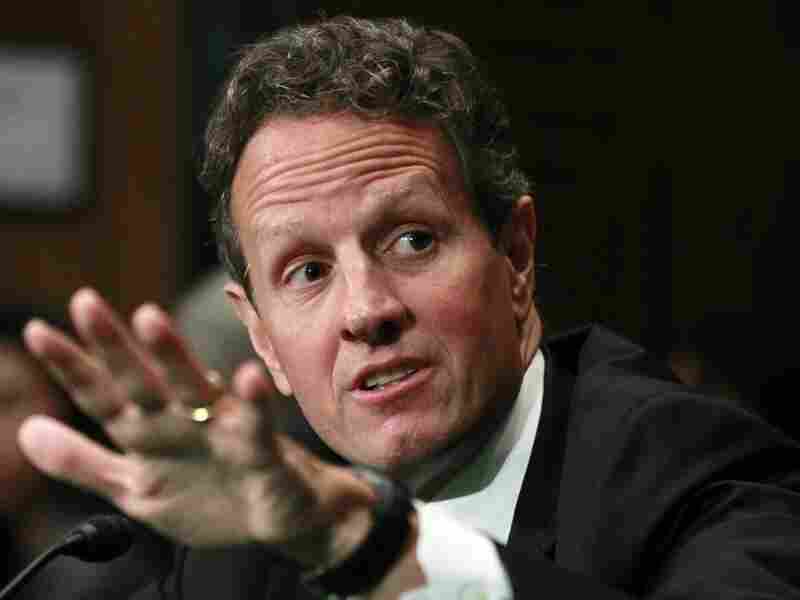 It's the election season, U.S. jobs are a top political concern, and that means it's time to turn up the heat on China. Members of Congress, Republicans and Democrats alike, have long pushed U.S. administrations to put more pressure on China over its trade policies, and they are getting their way.

Geithner called on China to allow its currency, the renminbi, to appreciate in value, which would make Chinese products more expensive on the global market. Goods manufactured in the United States would therefore be priced more competitively in China.

The U.S. has long felt that Beijing keeps the Chinese currency artificially low, thus giving Chinese manufacturers an advantage over their foreign competitors.

"China is running a set of policies that are designed to keep the currency undervalued," Geithner said in testimony before the Senate Banking Committee. "They are moving to let it rise, but not very quickly," he complained, "and that has the effect of providing a relative disadvantage to companies that compete with products that the Chinese make."

The trade deficit with China, about $227 billion in 2009, accounts for about half the total U.S. trade deficit. With the loss of U.S. jobs to China a top political concern, the Obama administration had little choice but to weigh in on the currency issue. But Chinese officials argue they are being unfairly blamed for U.S. unemployment, and some economists say they are partly correct.

"In the short run, China's export policies have an effect on the U.S.," says Eswar Prasad, a professor of trade policy at Cornell University. "But the longer-term challenges the U.S. faces are really about maintaining its competitiveness, and for that it needs to have a better labor force and better policies, especially fiscal policies.

"Unless those problems are fixed, it's unlikely that what China does with its currency is going to make a huge difference to the U.S. manufacturing base one way or another."

From a political point of view, however, the pressure to get tough on China just keeps growing. In his testimony on Capitol Hill this week, Geithner also complained about China's theft of commercial secrets and other intellectual property, and he highlighted administrative barriers facing U.S. companies doing business in China.

"It's increasingly becoming a dynamic across the private sector in the U.S., a group that heretofore had been some of the biggest cheerleaders of free trade and bolstering the U.S.-China relationship. Now they're on the other side."

"If that goal is to be achieved," says Prasad, "we need much freer trade around the world. If you had an escalation of disputes between China and the U.S., that could have a chilling effect on overall trade negotiations around the world."