Accessibility links
Overcoming Autism With 'A Mother's Courage' Margret Ericsdottir travels from Iceland on a compelling journey to learn about autism -- so she can better communicate with her own son. Uplifting without being self-indulgent, the film showcases the benefits of simple therapies that many parents have struggled to access. (Recommended)

Overcoming Autism With 'A Mother's Courage'

Overcoming Autism With 'A Mother's Courage' 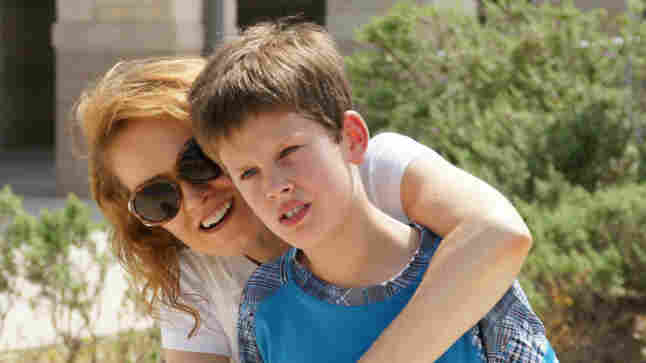 A Parent's Patience: Margret Dagmar Ericsdottir and her son, Keli, try to solve some of the biggest challenges that come with autism — communication and social awareness. First Run Features hide caption

A Mother's Courage: Talking Back To Autism

'A Coordination Of Senses'

Amid the cheerful hubbub at the Santa Monica park where I hung out almost daily with my toddler, one mother silently pushed a swing on which her son, age about 6, stared straight ahead in listless compliance. From the look of stoical misery on his mother’s face and the aura of loneliness that hung over them both, I guessed long before she and I got talking that her handsome, blank-faced boy was autistic.

To be unable to connect with your own child is an exquisite form of torture for parents, while their children are stranded in an isolation often written off to mental retardation. But though there are weeping mothers aplenty in A Mother’s Courage: Talking Back to Autism, this bracing documentary -- it chronicles the journey of an Icelandic woman, Margret Dagmar Ericsdottir, through Europe and the United States in search of enlightenment and help for her young son’s autism -- is rarely mawkish or self-indulgent. Directed by Fridrik Thor Fridriksson, who has made a career out of exploring the lives of the socially marginalized, the film traces an arc from despair to provisional hope, without allowing the glib long face of tragedy to morph into faux uplift. As inspiration goes, A Mother’s Courage flickers, much like Iceland’s weather, from thick fog to intermittent light.

The film cruises briskly over the usual talking points. Is autism really on the rise? In its severe form, yes. Is it misdiagnosed? All the time. Are vaccines a causal factor? Unlikely. Pollution? Maybe. Genetic inheritance? Undoubtedly, and did you know that the ancestors of a significant number of autistic boys (and most are boys) were engineers, in other words men who obsessed over neat systems?

Did Einstein and a raft of other genius types have Asperger’s syndrome? Probably. Does Temple Grandin, the well-known autistic professor of animal science, lead a productive, happy life? Yes indeed -- because she got help and support early on. 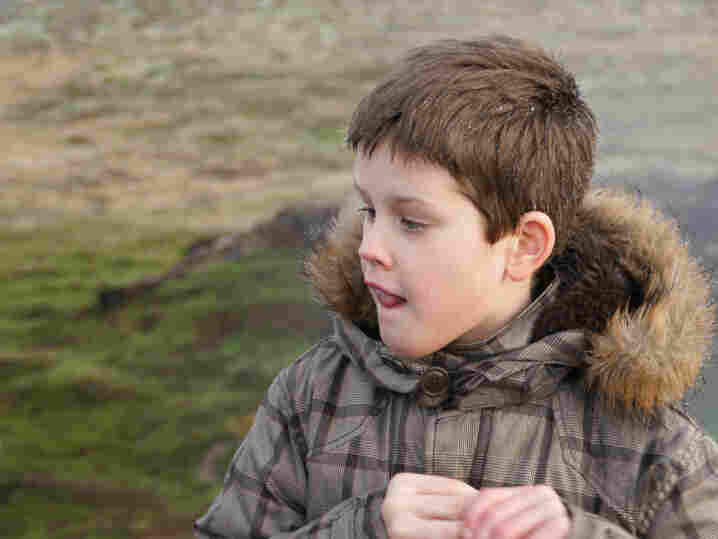 And that’s the key part. More is known about autism than we think, and there are effective early-intervention treatments, but a frighteningly small number of families ever gain access to them.

In the end, it’s not the experts or the imported celebrities (Kate Winslet voices Margret, and the wonderfully plaintive soundtrack is by Sigur Ros and Bjork) who make A Mother’s Courage so compelling, but the brave, patient, occasionally despairing and exhausted but undefeated parents -- one smiling couple has three autistic sons -- who drive the push toward some surprisingly simple therapies that go a way toward bringing their children back into the social world.

The star of the film is a matter-of-fact, highly perceptive Indian woman, Soma Mukhopadhyay, whose autistic adult son is now a published author. A tiny woman whose innovative cognitive-behavioral technique RPM (Rapid Prompting Method) requires no fancier tools than pencil, paper and oceans of patience, Mukhopadhyay provides Margret’s severely autistic son, Keli, with a set of skills that could draw him out of his own overstimulated neurocircuitry and into a world of others.

We aren’t told what Mukhopadhyay’s overall success rates are (or what that would mean), but what she understands about autism is what needs to be grasped about all people -- that self-esteem proceeds from competence, not the other way about. In other words, she treats Keli by treating him like a person, not like an Other. (Recommended)