Accessibility links
Natural Gas Fuels Economy In Pennsylvania Hotels and restaurants are filling up with out-of-state workers for the industry. Political and business leaders are looking to train more locals for what may be a decades-long drilling rush. Still, environmentalists are wary of the costs of the industry's expansion. 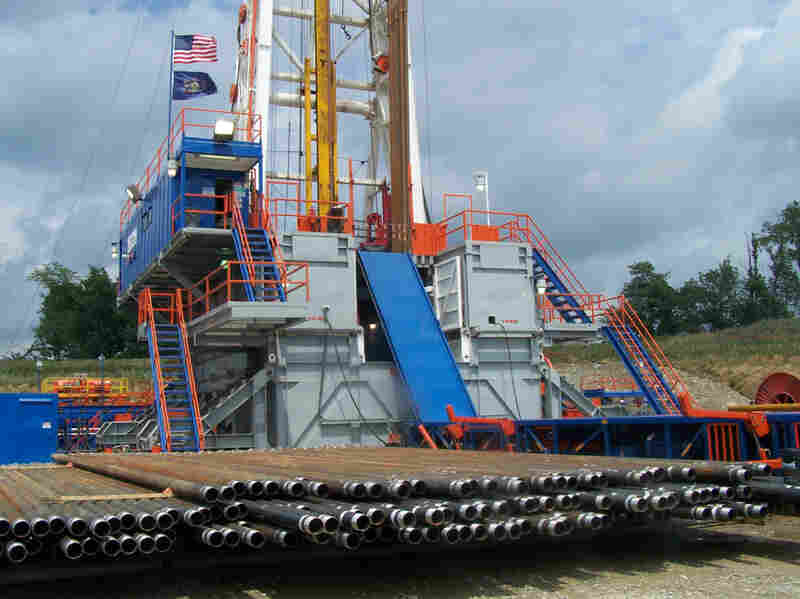 A deep drilling rig sits at the site of a shale rock formation in southwestern Pennsylvania. Tom Gjelten/NPR hide caption 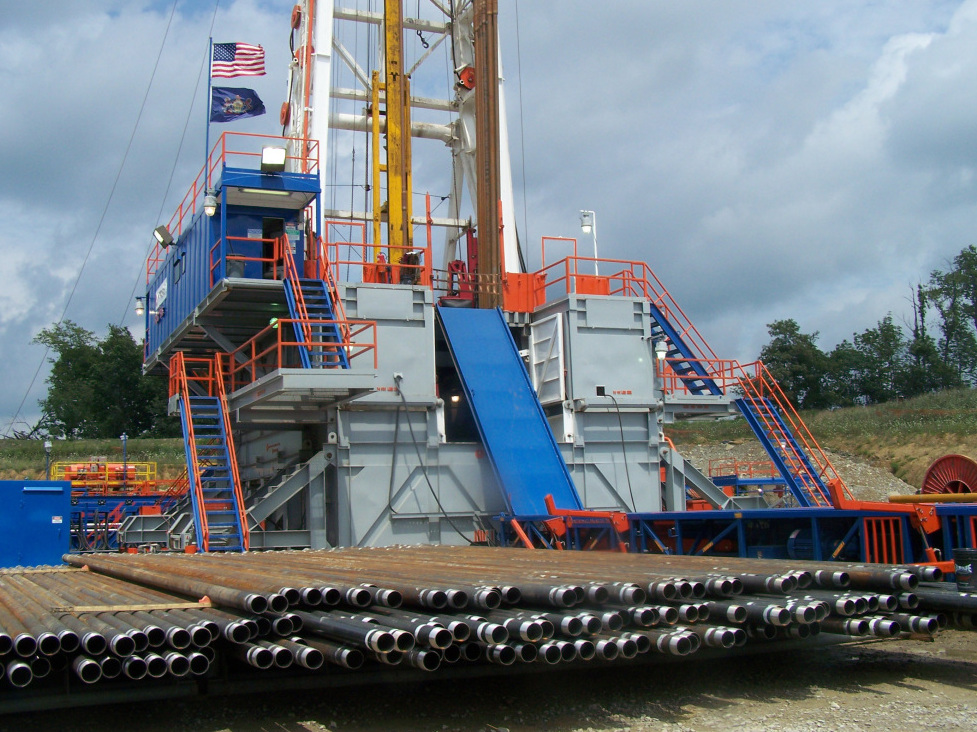 A deep drilling rig sits at the site of a shale rock formation in southwestern Pennsylvania.

Pennsylvania's natural gas industry is rapidly expanding, and the state may be on the verge of a decades-long drilling rush. Right now, most of the jobs are going to transient out-of-state workers, but that trend is providing a boost to pockets of Pennsylvania's economy.

For example, hotels in Williamsport, Pa., are doing well. The Holiday Inn Express has seen a 30 percent increase in guests over the past year.

The vast majority of those customers are natural gas drillers who are in town to work on the hundreds of new wells in the surrounding area.

The same thing is happening across much of rural Pennsylvania, as drillers rush to tap into trillions of cubic feet of natural gas that, until recently, hadn't been obtainable.

Four in 10 rooms in the hotel are filled by drillers right now, and the hotel's vice president, Jennifer Locey, says that's created a squeeze.

"Most corporate weeks, Monday through Thursday, if you don't book at least a few days in advance, you will not get a room," Locey says.

The benefits are trickling down to the restaurant industry, too. A handful of Tex-Mex and barbecue joints have popped up in Williamsport to accommodate the sudden influx of Western drillers.

One of those new spots is Acme Barbeque, which opened in April.

Co-owner George Logue estimates that drillers account for 30 percent to 50 percent of his business.

Logue is happy to have them, but he concedes he feels some pressure from the Texans, who are always ready to weigh in on the taste of his brisket and pulled pork.

Energy companies have pledged to employ local workers at the drilling sites, but so far they're having trouble finding workers with the needed expertise.

Political and business leaders are working hard to speed up training for locals who want to work on the rigs. Williamsport's Pennsylvania College of Technology has shifted its curriculum to focus on drilling-related skills, and Senior Vice President Bill Martin says it's becoming as hard to find a seat in heavy machinery classes as it is to book a room at the Holiday Inn.

"A seat in that particular program would be available to you sometime in the fall of 2011 if you get your application in in the next month or two. After that, it'll be fall of 2012," he says.

People in Williamsport say the tide is starting to turn. Drilling companies are holding more and more local job fairs, and some of the Texas transplants are looking for permanent housing in the area.

The financial benefits may be coming at an environmental cost, though.

Residents in the northeastern Pennsylvania community of Dimock have been dealing with contaminated drinking water ever since drilling started there. One woman's water well blew up last year.

"As one water well builder in the area pointed out, it doesn't take a rocket scientist to figure out that when a bunch of folks have methane problems at the same time, and that time happens to be right after drilling began in the area, it was probably related to natural gas drilling," Russell says.

But most of the business owners in Williamsport who stand to benefit from the boom are downplaying the risk. The mayor is even trying to rebrand the city as Pennsylvania's new energy capital.