Accessibility links
Backstage With Broadway Legend Patti LuPone Tony award-winner Patti LuPone is best known for her roles in the Broadway hits Evita, Les Miserable and Gypsy but she's also seen her share of flops and feuds. In Patti LuPone: A Memoir, LuPone shares the ups, downs, firings and other dramas of the Great White Way. 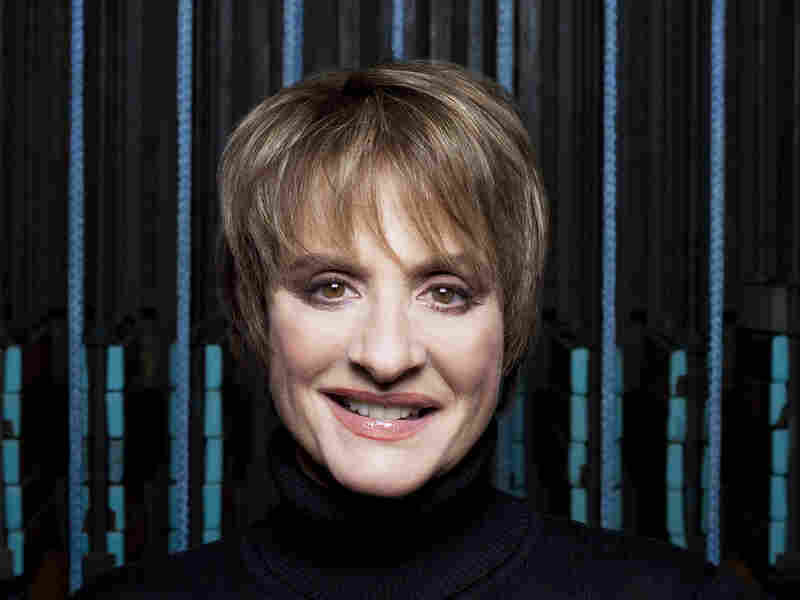 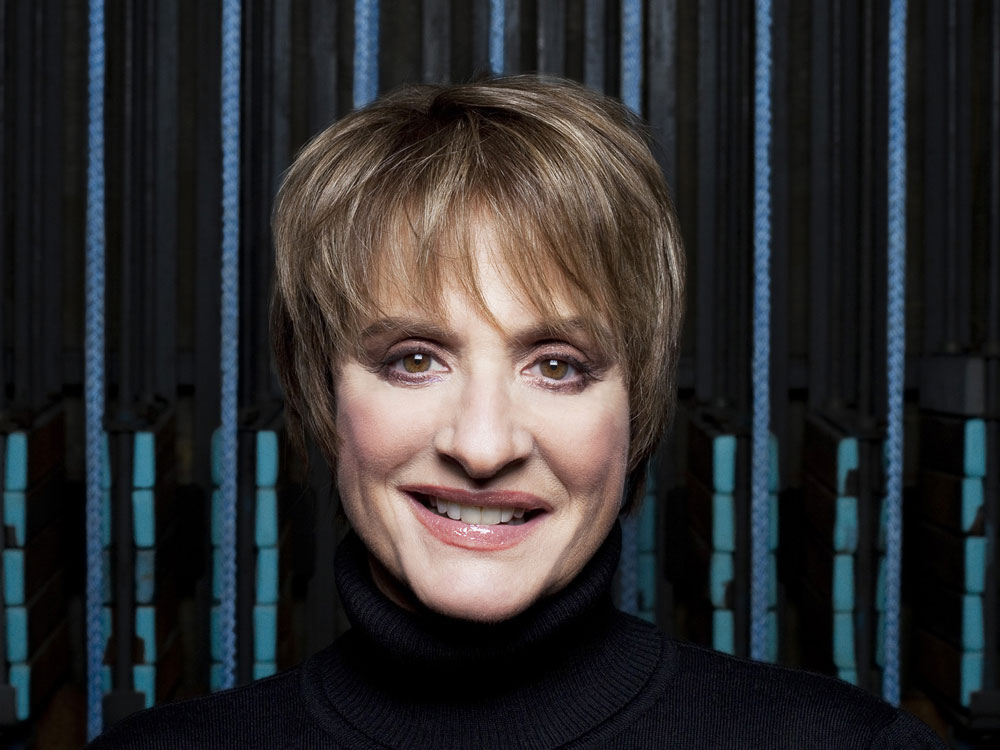 Patti LuPone is perhaps best known for her roles in the Broadway hits Evita, Les Miserables and Gypsy.

But the Tony award-winner has also experienced some slightly less-glamorous roles -- not to mention a few flops -- during her long theater career.

In her book, Patti LuPone: A Memoir, LuPone recounts the stories behind the hits and the misses as well as the ups, the downs, the firings, the feuds and other dramas of the Great White Way.

The theater maven's memoir isn't just a peek backstage. LuPone also shares how she learned her craft through formal instruction at Julliard, at repertory theater, in countless rehearsals and with each new curtain call onstage. 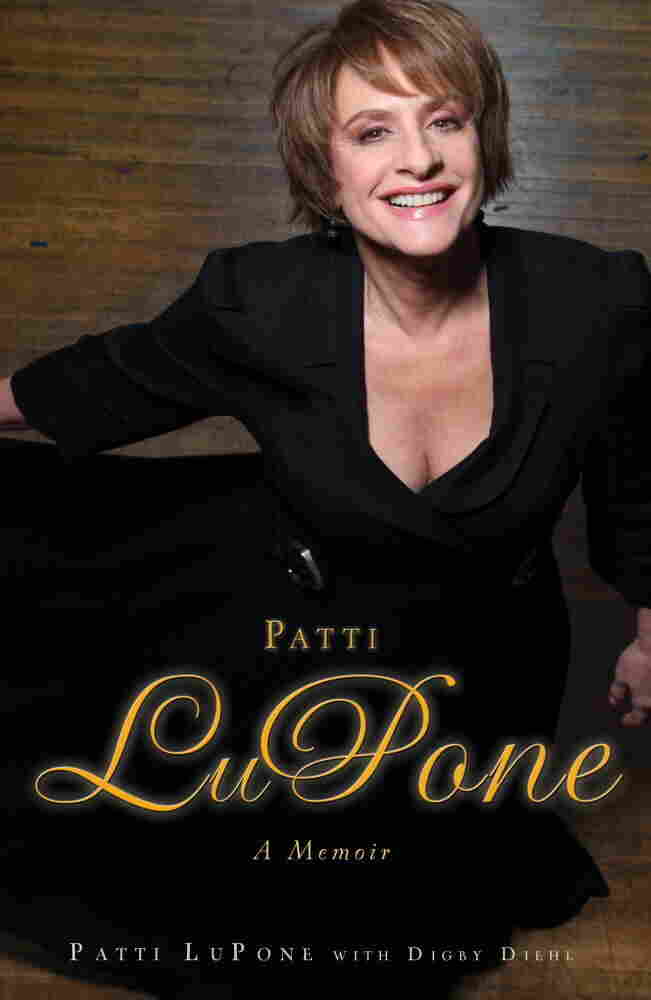 I’ve opened Gypsy four times. The first time, I played Louise (aka Gypsy) in the Patio Players’ production of the musical. I was fifteen years old. The Patio Players were a group of kids from Northport, Long Island, who got together in the summer and performed big Broadway musicals on Cathy Sheldon’s patio. Cathy was a founding member of the Patio Players as well as our star. In just a few short years these productions, attended by many in the Northport community, began to take their toll on the Sheldons’ patio and lawn, so David Babcock, our artistic director, approached the superintendent of Northport Schools. We were miraculously given permission to run amok in the junior high school parking lot, where we built the sets, in the home economics classroom, where we created the costumes (when they weren’t being sewn on volunteer mothers’ sewing machines), and in the auditorium, where we would now present our musicals. We were a big operation.

All I remember about opening night, at Middleville Junior High School, was that the live lamb freaked out in the spotlight while I was singing Louise’s song “Little Lamb.” He broke free from me and started clomping and bah-ing all over the darkened stage. I learned how to sing through laughter that night. He was fine in the dress rehearsal. Opening night nerves, I guess. You know what they say: “Good dress, bad opening” and vice versa. Most likely he had indigestion from eating my mother’s laundry. I was in charge of the sheep for some reason ... bonding, perhaps?

I recall my mother screaming at me on opening day, “Patti Ann! Tie up that damn sheep!” Lambs are born in the spring. We performed in the summer. The lamb was, unfortunately, a sheep. This sheep was going crazy. I was afraid the sheep would fall into the orchestra pit in his desperate attempt to escape. Somehow as I continued singing the tender ballad on a pitch-black stage with only a blue tinted spotlight on me, the frantic sheep was caught before he crapped on everything. They put him in the boys’ bathroom offstage right, unaware that the tiled bathroom would increase the volume and reverberate his bah-ing throughout the theatre. At poignant moments in the play, we would hear the plaintive wail of a very unhappy sheep.

That’s all I remember -- except for stripping in front of my biology teacher.

Forty-four years later in August 2006, I opened Gypsy for the second time. Only this time I was playing the character of Rose at the Ravinia Festival in Highland Park, Illinois. The Ravinia Festival, on the grounds of Ravinia Park, is the oldest outdoor music festival in the country. From June till September, the festival presents concerts and performances for thousands of people who sit in the Pavilion Theatre, or in Martin Hall, or picnic on the lawn. Whenever I walk the grounds, I think what a great way for a kid to grow up -- climbing the kid-friendly sculptures while Beethoven, played by the Chicago Symphony Orchestra, is wafting into their tiny subconscious minds. Ravinia has a very large, multigenerational, and loyal audience plus some of the hippest camping equipment I’ve ever seen. The people with lawn tickets are serious about their concert-going experience. On any given night you can see linen, crystal, and Crock-Pots on Eddie Bauer tables inside L.L. Bean tents.

A musical theatre production presented on the Pavilion stage requires intense preparation and a certain amount of abandon because you have at the most two weeks to put on a Broadwaymusical. This Gypsy was highly anticipated because for half of those forty-four years I had been told by fans, friends, and colleagues that I should play Rose Hovick, Gypsy and June’s mother.

When I read the script I did not see the “monster stage mother” that had become the standard description of Rose. I hooked into her love for her children and her desire to do only her best for them, however misguided those intentions were. That’s the way I wanted to play her. It was a departure. My director, Lonny Price, cast a company of extraordinary performers.

I was told that some of the “farm boys” flew in from New York City just to audition for it. Lonny somehow convinced the CEO of the festival, Welz Kauffman, that he needed three weeks of rehearsal for this production, which would include our technical week. The technical week is when all the physical elements of the production come together for the first time onstage: sets, lights, props, costumes, staging, and choreography. Everybody involved works ten hours a night trying to coordinate all these elements while also attempting to get the show to under two hours of playing time. It’s an exhausting week ... then we open! Who came up with that schedule, I’d love to know.

The lawn of the Ravinia Festival can accommodate up to 14,000 people. The Pavilion Theatre seats 3,200 people. Most Broadway houses seat half as many as the Pavilion. If a production is successful at Ravinia, we play to over ten thousand people a night. As I understand it, the Pavilion and the lawn were heavily sold for the three nights we performed Gypsy. I don’t remember much about this opening night. I was too nervous. I don’t thinkI gave anybody an opening night card, which is simply a note of good luck and gratitude: one of the theatre’s sweet traditions. I just buried my head, focused, and went out there.

Word of mouth about this Gypsy was so good that various producers began vying for the rights to remount this production in London or New York. I waited for word from Lonny Price that Arthur Laurents, who is the show’s librettist and controls the rights, would give the consent for the production to proceed. It was a frustrating wait.

Finally I called my longtime friend and press agent, Philip Rinaldi, for his advice. He asked me what my relationship with producer Scott Rudin was. Scott was Arthur Laurents’s best friend. Philip suggested that I call Scott. I did but I couldn’t get past the receptionist. Philip then called Scott’s partner, press agent John Barlow. John paved the way for Scott and me to connect. Scott simply told me to call Arthur Laurents myself. Now, there is a long story here concerning Arthur and me and my banishment from Arthur’s work, which included Gypsy.

It all started when Arthur offered me his play Jolson Sings Again. I didn’t do it, but let’s save that story for another chapter. For the moment let’s just say Arthur Laurents was really mad at me -- really, really mad at me. I now had to call Arthur and plead with him to bring Gypsy back to New York only five years after the last revival. I dialed the number. Arthur answered.

“Yes, I know,” he said. I cringed, waiting for the onslaught of five years of Arthur’s pent-up anger that was sure to follow. Instead, what I got was a compliment on my performance as Nellie Lovett in Sweeney Todd. WHAT?

Then we began to talk about Gypsy. He said he wanted to do it, that he would also direct it, and that this production of Gypsy would be different.

Reprinted from Patti LuPone: A Memoir by Patti LuPone with Digby Diehl. Copyright 2010. Published by Crown Archetype, a division of Random House Inc. 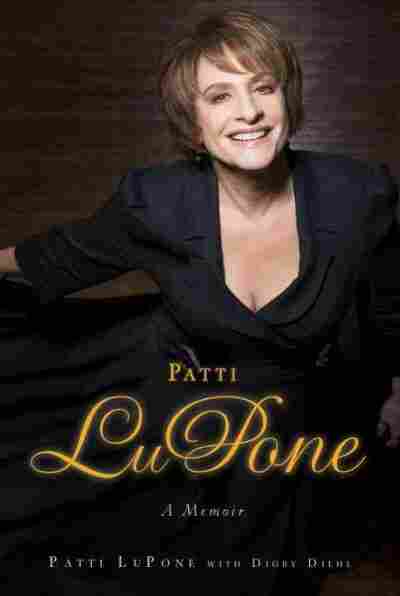 by Patti LuPone and Digby Diehl