Accessibility links
Journalist's Slaying Prompts Juarez Paper To Weigh Coverage El Diario de Juarez published an extraordinary editorial after one of its photographers was killed last week. The paper's editor says he is asking for a truce with the city's notorious drug cartels to avoid more killings. 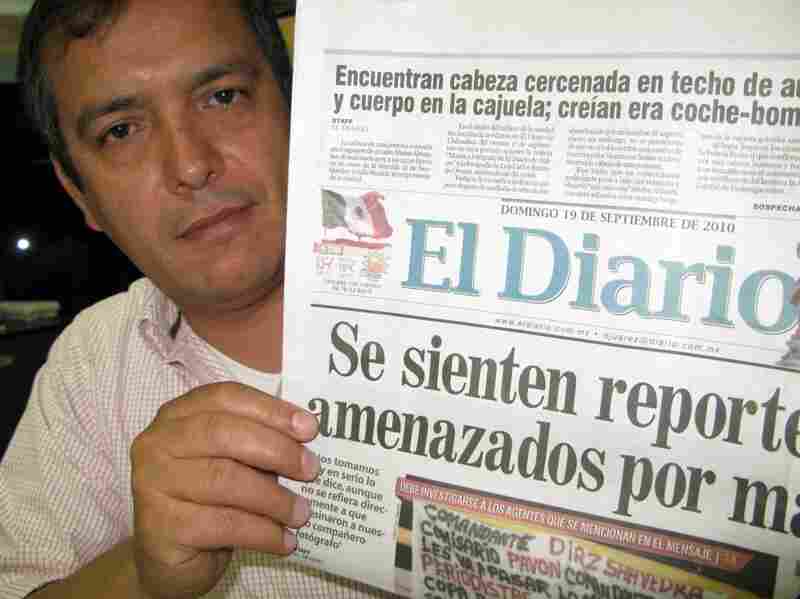 Pedro Torres, editor of El Diario, holds the front page featuring the Mexican flag dripping blood. Two of his journalists have been killed over the past two years. John Burnett/NPR hide caption

The leading newspaper in the violent border city of Ciudad Juarez, Mexico, published an extraordinary editorial after one of its young photographers was slain last week.

The city has been witnessing eight to 12 homicides a day as two drug cartels savage one another for control of Juarez. But with the unexplained killing of its 21-year-old employee, the newspaper seemed to reach a breaking point.

A newspaper vendor in the streets of Juarez hawks copies of El Diario de Juarez, but the normal image of the Mexican flag on the masthead has been altered. It is dripping with blood.

Across the front of Sunday's edition, a headline screams: "What do you want from us?"

"Even in war there are rules. What do you want from us, so that we don't have to pay tribute with the lives of our co-workers?" the editorial implores.

A Dangerous Place For Journalists

This is the second journalist slain at the newspaper in less than two years.

The New York-based Committee to Protect Journalists calls Mexico one of the most dangerous countries in the world for reporters. By the organization's count, more than 30 journalists and media workers have been killed or have vanished since December 2006.

The committee's executive director, Joel Simon, laments that El Diario seems to be surrendering, saying to the cartels, "Tell us what to print, so our reporters will be safe."

"I think their actions are understandable -- I think the big losers are, obviously, the public," Simon said.

Yet Diario's editor, Pedro Torres, sitting in his office in the hushed newsroom, disputes that interpretation of his editorial.

"We're not surrendering to the people who belong to these groups," he says in Spanish. "We're asking for a truce because we don't want them to kill any more of our companeros.

"We said this clearly. There is no authority anymore, except for the de facto authority of the criminals. We live under their law."

The impassioned 1,600-word op-ed was reprinted in dailies throughout Mexico -- reflecting the despair that has seized the Mexican media, and society in general.

In a slap at the editorial, a security spokesman for President Felipe Calderon said Monday that no sector of society should negotiate with organized crime.

Mexico's interior minister condemned the shooting, branding it an assault on freedom of expression and promising a federal investigation.

But in fact, 90 percent of media-related crimes go unpunished in Mexico, according to a recent CPJ report. 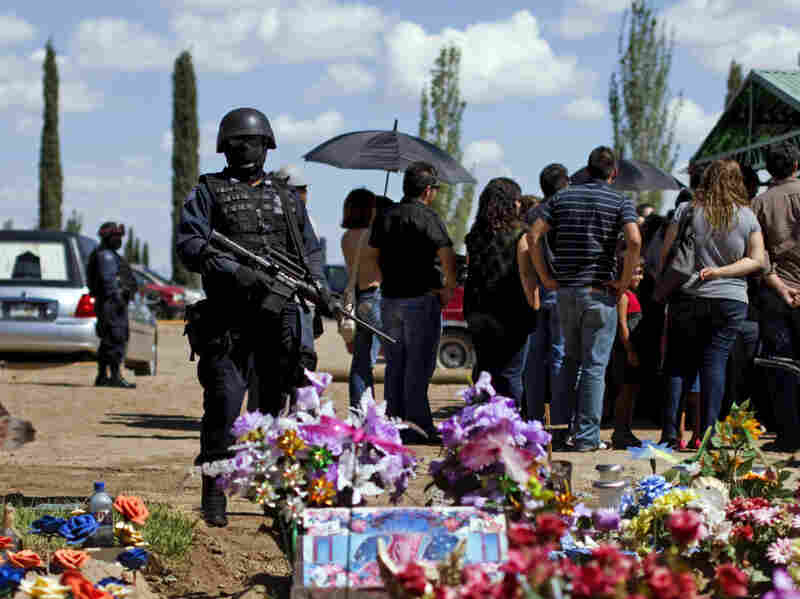 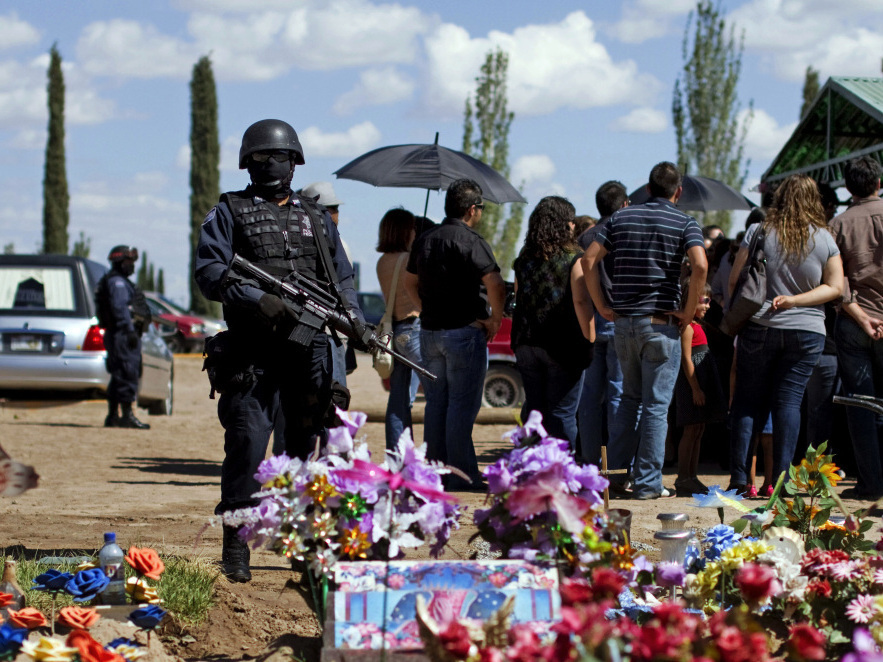 On Thursday, suspected cartel hitmen shot 21-year-old Luis Carlos Santiago while he and a photography intern sat in a car in the parking lot of a shopping mall. The other young man survived and reportedly is in good condition.

Jose Lucio Soria, a longtime crime photographer at El Diario, stood outside the wake for his young colleague and pledged that the newspaper cannot back off the story.

"We have to work, we have to take pictures," he said. "In fact, there were photographers at the crime scene taking photos of one of their own. But that's our job."

Motives for last week's attack on the photographers are unclear.

As it happens, the vehicle belonged to a well-known state human rights monitor who has himself received death threats; a state government official suggested that the attack on the photographers could have been a case of mistaken identity.

While investigative reporting in Mexico is unwise, Juarez has had the most robust journalism of any border city under siege. Most cities with high levels of drug violence simply don't cover crime news anymore.

That is why it would be a tragedy if Diario further restricts its reporters, says Lourdes Cardenas, a Mexican journalist and professor in El Paso, Texas.

"In Juarez, they challenge that fear."

At least up until now, some of the journalists in Juarez have been standing up to the drug cartels.