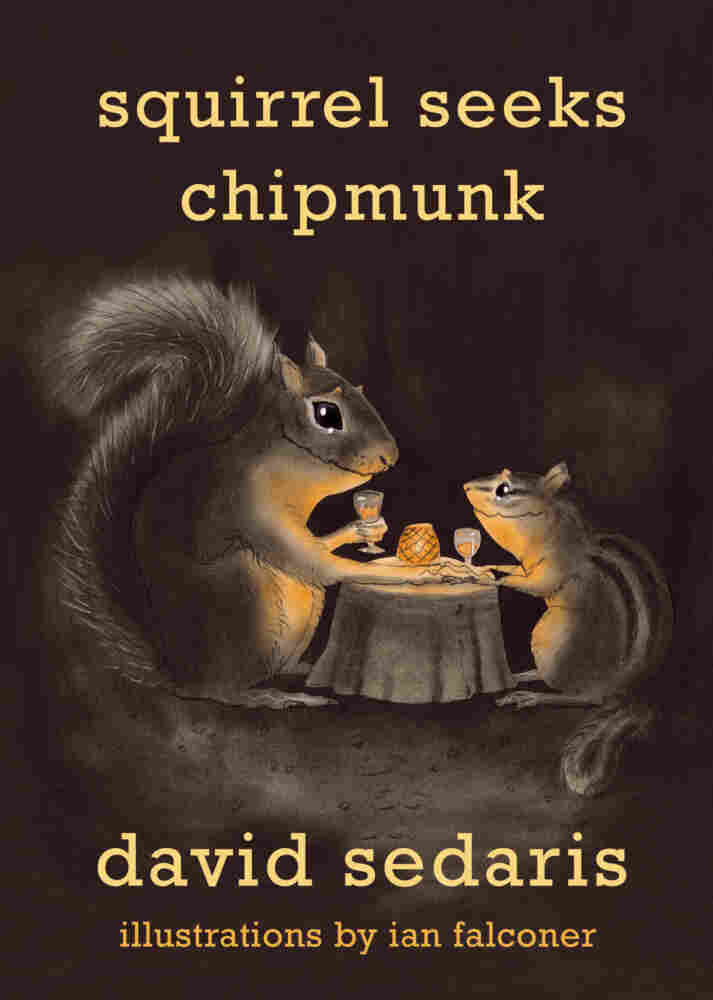 And now for something completely different: David Sedaris, humorist and personal essayist extraordinaire, takes on selfishness, bigotry, righteousness, loneliness and other all-too-human foibles in 16 animal fables, a La Fontaine and Aesop. They are as hilarious and slyly trenchant as his beloved stories about his sisters, Santaland and smoking.

Despite chatty barnyard animals and charming illustrations by Ian Falconer, creator of the Olivia children's book series, don't be fooled into thinking this is a children's book. Remember the puritanical brouhaha over Maurice Sendak's naked urchin in In the Night Kitchen and the hen's egg-shaped bulges in Ron Barrett's drawings for Animals Should Definitely Not Wear Clothing? Well, we've come a long way, baby: "The Grieving Owl" features a puckered pink hippopotamus rectum.

This happens to be not just the most outrageous, but also the most wonderful story in Sedaris' book. A great horned owl who has lost his life mate finds comfort in filling the hole she has left by gathering information, some of which he gleans from would-be prey in exchange for clemency. When a rat tells him about a leech that "can only live in the anus of a hippopotamus," the owl marvels, "Talk about a closed society!" He investigates, befriending a hippo at the local zoo, and what he learns about these happy parasites positively thrills him: "To live in a damp crowded asshole and sing -- if these guys don't know the secret to living, I don't know who does." 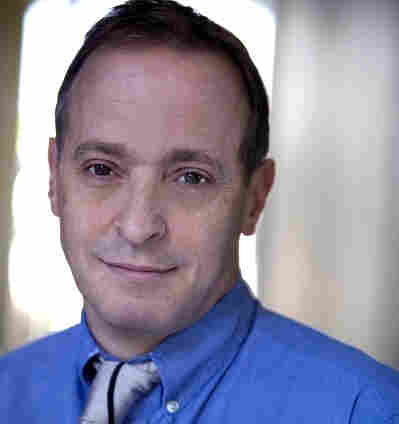 David Sedaris is a writer and humorist, and a regular contributor to This American Life and NPR. His previous essay collections include Me Talk Pretty One Day, Dress Your Family in Corduroy and Denim and When You Are Engulfed in Flames. Anne Fishbein hide caption 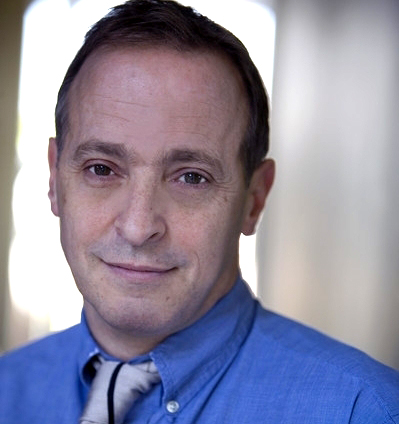 David Sedaris is a writer and humorist, and a regular contributor to This American Life and NPR. His previous essay collections include Me Talk Pretty One Day, Dress Your Family in Corduroy and Denim and When You Are Engulfed in Flames.

Sedaris doesn't spell out explicit morals to his stories, but he doesn't need to. A selfish cow who insists on being partnered with the turkey for Secret Santa because she knows he'll be gone by Thanksgiving gets her comeuppance. So does a self-pitying, motherless bear. A smugly healthy, unsympathetic lab rat sings a different tune after being injected with the virus that causes AIDS.

Most of Sedaris' critters are struggling to make sense of a tough, unfair world. You've got to love a writer whose empathy extends even to a sensitive potbellied pig, causing him to wonder who came up with names like "largemouth bass, humpback whale, lesser wart-nosed horseshoe bat -- not caring whose life was ruined."

What drives these stories, of course, is Sedaris' quirky sense of detail and inimitable voice. A mouse reacts to her pet snake eating a young mole whole: "My goodness ... Slow down. Taste!" An Irish setter and the bitch he has been sent to service connect over their agreement that coconut and wild cherry air fresheners are the worst, while the squirrel and chipmunk of the title -- sadly separated by family prejudices -- talk excitedly about acorns, parasites and "spoiled rotten" dogs on their first date: "That's it exactly. Finally, someone who really gets it." The inflection on "gets" is classic Sedaris.

In "The Mouse and the Snake," Sedaris makes a distinction between exoticism and eccentricity: "To qualify for the latter, all you needed was a turban and an affinity for ridiculously large beads or the color purple," his mouse thinks. "To be exotic, on the other hand, one had to think not just outside the box but outside the world of boxes." Sedaris' anthropomorphized creatures may seem domesticated, but this book, like his more familiar essays, is way outside the world of boxes, wildly inspired -- and a rip-roaring hoot. 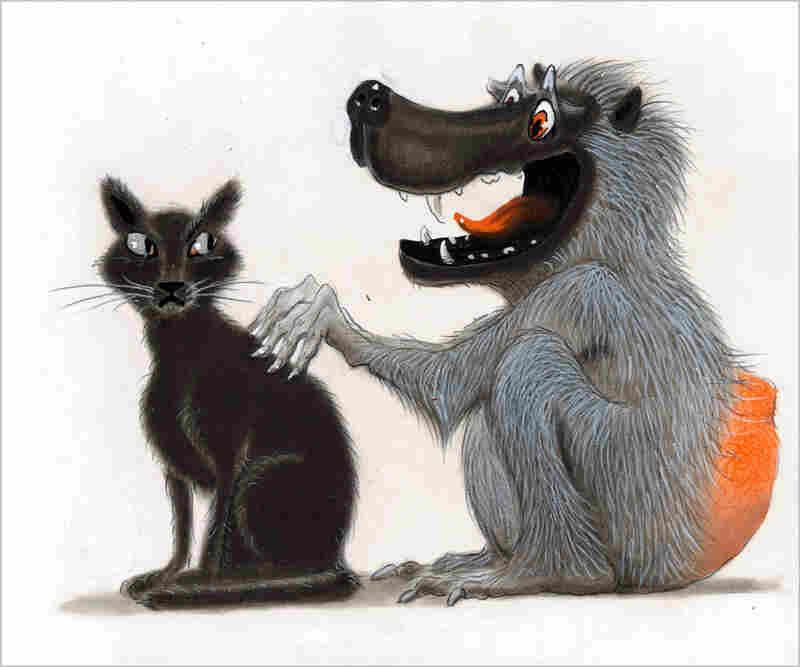 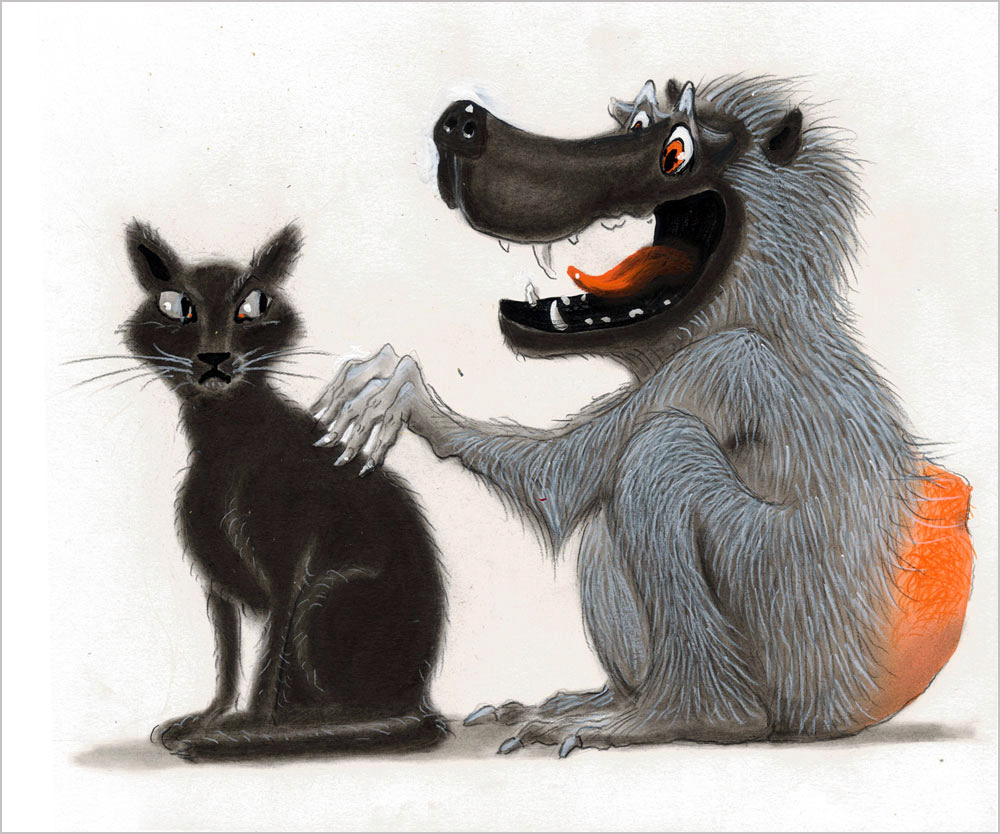 The Cat and the Baboon

The cat had a party to attend, and went to the baboon to get herself groomed.

“What kind of party?” the baboon asked, and she massaged the cat’s neck in order to relax her, the way she did with all her customers. “Hope it’s not that harvest dance down on the riverbank. My sister went last year and said she’d never seen such rowdiness. Said a fight broke out between two possums, and one gal, the wife of one or the other, got pushed onto a stump and knocked out four teeth. And they were pretty ones too, none of this yellowness you find on most things that eat trash.”

The cat shuddered. “No,” she said. “This is just a little get-together, a few friends. That type of thing.”

“Will there be food?” the baboon asked.

“Something,” the cat sighed. “I just don’t know what.”

“ ‘Course it’s hard,” the baboon said. “Everybody eating different things. You got one who likes leaves and another who can’t stand the sight of them. Folks have gotten so picky nowadays, I just lay out some peanuts and figure they either eat them or they don’t.”

“Well, I guess you’d just have drinks, then. The trick is knowing when to stop.”

“That’s never been a problem for me,” the cat boasted. “I drink until I’m full, and then I push myself away from the table. Always have.”

“Well, you’ve got sense, then. Not like some of them around here.” The baboon picked a flea from the cat’s head and stuck it gingerly between her teeth. “Take this wedding I went to — last Saturday, I think it was. Couple of marsh rabbits got married — you probably heard about it.”

“Now, I like a church service, but this was one of those write-your-own-vows sorts of things. Neither of them had ever picked up a pen in their life, but all of a sudden they’re poets, right, like that’s all it takes — being in love.”

“My husband and I wrote our own vows,” the cat said defensively.

“Sure you did,” countered the baboon, “but you probably had something to say, not like these marsh rabbits, carrying on that their love was like a tender sapling or some damn thing. And all the while they had this squirrel off to the side, plucking at a harp, I think it was.”

“I had a harp player at my wedding,” the cat said, “and it was lovely.”

“I bet it was, but you probably hired a professional, someone who could really play. This squirrel, I don’t think she’d taken a lesson in her life. Just clawed at those strings, almost like she was mad at them.”

“Well, I’m sure she tried her best,” the cat said.

The baboon nodded and smiled, the way one must in the service industry. She’d planned to tell a story about a drunken marsh rabbit, the brother of the groom at last week’s wedding, but there was no point in it now, not with this client anyway. Whatever she said, the cat disagreed with, and unless she found a patch of common ground she was sure to lose her tip. “You know,” she said, cleaning a scab off the cat’s neck, “I hate dogs. Simply cannot stand them.”

“What makes you bring that up?” the cat asked.

“Just thinking,” the baboon said. “Some kind of spaniel mix walked in yesterday, asking for a shampoo, and I sent him packing, said, ‘I don’t care how much money you have, I’m not making conversation with anyone who licks his own ass.’ ” And the moment she said it, she realized her mistake.

“Now, what’s wrong with that?” the cat protested. “It’s good to have a clean anus. Why, I lick mine at least five times a day.”

“Then they slobber and drool all over everything, and what they don’t get wet, they chew to pieces.”

“That they do.” The cat chuckled, and the baboon relaxed and searched her memory for a slanderous dog story. The collie, the German shepherd, the spaniel mix she claimed to have turned away: they were all good friends of hers, and faithful clients, but what would it hurt to pretend otherwise and cross that fine line between licking ass and simply kissing it?

Excerpted from Squirrel Seeks Chipmunk: A Modest Bestiary by David Sedaris; illustrated by Ian Falconer Copyright 2010 by David Sedaris. Excerpted by permission of Little, Brown and Co., a division of Hachette Book Group. 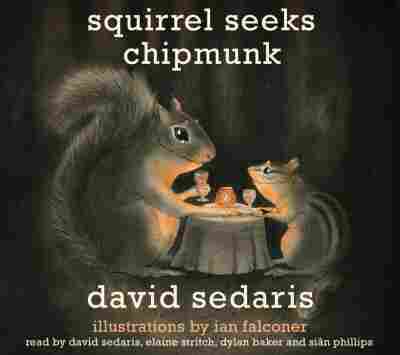