Accessibility links
Davis Guggenheim, Looking For A Hero At Your House The director of An Inconvenient Truth sets out to challenge audiences on the topic of our educational system the way he challenged them on climate change. The solution, his film argues, will come only when everyone stands up to make a change. 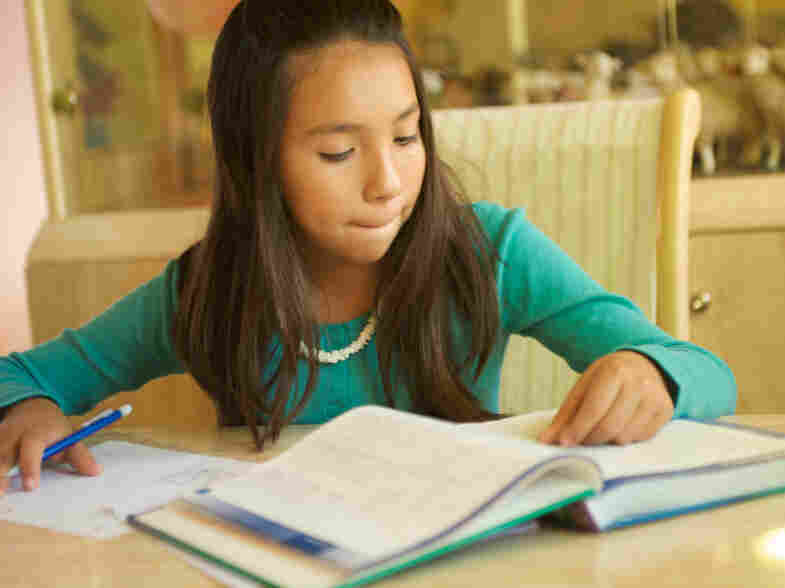 Her Answer, Due: Daisy, one of the five students profiled in Davis Guggenheim's documentary Waiting for Superman, has her college and career plans already mapped out. Paramount Vantage hide caption 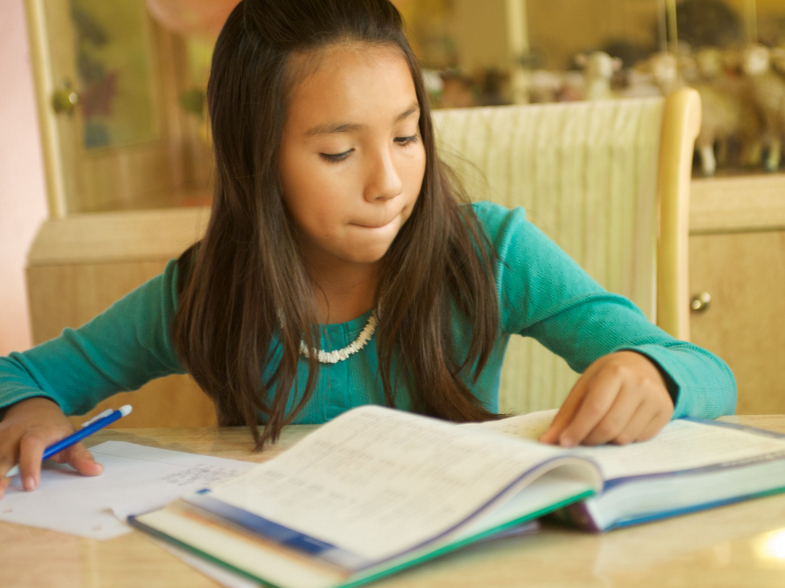 Her Answer, Due: Daisy, one of the five students profiled in Davis Guggenheim's documentary Waiting for Superman, has her college and career plans already mapped out.

Consider Daisy. She's a fifth-grader who lives in East Los Angeles, and she's got both a tough background and some big dreams.

"She says it right out," says filmmaker Davis Guggenheim, who follows Daisy and other at-risk kids in his new documentary, Waiting for Superman. "I say, 'What do you want to do for a living?' and she says, 'I want to be doctor.' "

And here's the thing, Guggenheim tells NPR's Melissa Block: "You actually think Daisy could be a doctor. She's already written her [target] college to say, 'Remember me, because I'm going to be applying.' Her father drives a truck, and her mother cleans hospital rooms, but they all believe that with hard work and studying, she can be a doctor."

So in Waiting for Superman -- designed to spark debate and spur action around the U.S. educational system the way Guggenheim's An Inconvenient Truth got people talking about climate change -- the filmmaker runs the numbers.

Geoffrey Canada: 'Superman Is Not Real'

"We actually break down what the chances are of her reaching her dream," Guggenheim says. Unless Daisy lucks out in a lottery and lands a slot in a charter school, she'll end up at a local middle school.

So that dream of medical school?

"It's technically possible, but when you put that [reality] in front of her, you realize that it's really, really hard, and it's stacked against her."

And that, Guggenheim says, makes for intense storytelling.

"As a filmmaker, the most dramatic and the most dread-inspiring thing is when the audience can see more than the characters themselves can see," he says. "We can project what lies ahead for Daisy, even though she and her parents really believe that it's possible."

'Not The Silver Bullet,' But An Idea Incubator Nonetheless

Daisy -- along with Anthony in Washington, D.C., Emily in Silicon Valley, Francisco in the Bronx and Bianca in Harlem -- are the indelible personalities at the center of a film that insists we consider the names and faces behind those alarming education statistics. 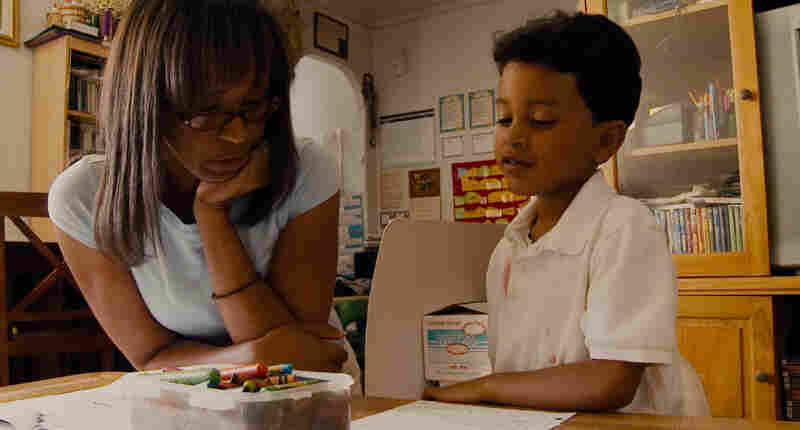 A Bronx Tale: Maria, a New York City social worker, was the first in her family to go to college, and she wants her son Francisco to get there too. In the film, he competes alongside 791 other applicants for 40 available spots at a charter school in Harlem. Paramount Vantage hide caption 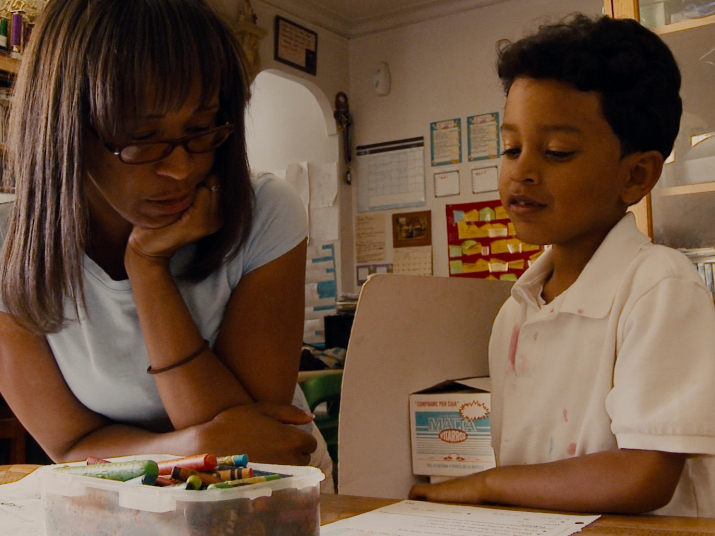 A Bronx Tale: Maria, a New York City social worker, was the first in her family to go to college, and she wants her son Francisco to get there too. In the film, he competes alongside 791 other applicants for 40 available spots at a charter school in Harlem.

Guggenheim profiles the children, introduces their families, anatomizes their schools and sketches possible routes to success. Then he follows them -- all five of them -- to the charter-school lotteries where each one will reach a crucial fork in his or her educational path.

The film's focus on a few success stories in the relatively small charter-school universe has drawn fire from critics -- unionized teachers, portrayed here as a substantial part of the problem, along with others in education -- even before its release. They say Guggenheim overlooks similar successes in public schools, some of which are likewise doing inspired work.

"That was not my intention," the director says. "It's important for people to understand that charters are not the silver bullet. Charters are an experiment, in a lot of ways. And it's a very new experiment. But out of this experiment has come these high-performing charters -- and now there are a bunch of them," he says. "The KIPP [Knowledge is Power Program] schools, Aspire, Yes, Geoffrey Canada's schools. ... They're proving that it's not as hard as we've made it."

Education-policy experts note that those charter-school experiments have by and large proved difficult to scale -- a hurdle, when you're looking to reform a system that's dealing not with hundreds of students, but with millions.

"That's what they said about the KIPP schools," Guggenheim responds. Launched in the mid-'90s by Teach for America alumni Mike Feinberg and Dave Levin, the project started small, with academies in Houston and New York. And it confronted many of the same doubts.

"They say, 'Oh, [the founders] are just two great people, and they just defy the odds because they're so charismatic,'" Guggenheim says. "[But] now they have more than 90 KIPP schools, and KIPP LA Prep -- the one Daisy would go to -- doesn't have these charismatic leaders. They have a structure, and a code, that makes these schools work. Longer school days. More school days. Accountability. Great teachers. A constant hammering that these kids look, as a goal, to go to college. And when you walk into these schools, it's the difference between night and day."

Guggenheim knows that the charter-school universe "will never be big enough to educate every kid." But, he says, we can learn from them.

"They're like incubators; we can take those ideas and pull them into mainstream schools," he says. "But we're never going to do that unless we look at some of the big, uncomfortable truths about our schools."

In the audio version of this story, Melissa Block continues the conversation with educator Steven Farr, chief knowledge officer at Teach for America. Click the Listen button above to hear the full interview.