Accessibility links
Building An Office Of Shipping Containers As shipping containers began stacking up on American shores, architects saw an opportunity to recycle these relatively cheap building materials into homes and other living spaces. In Providence, R.I., designers have created a permanent, multistory office building made entirely from the steel boxes. 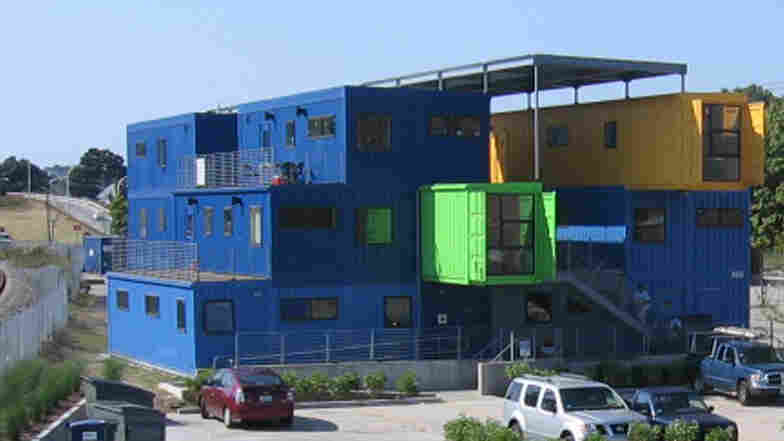 Constructed from shipping containers, this office building in Providence, R.I., cost owner Peter Case $1.8 million, half of what he would have paid for a conventional structure. Courtesy of Distill Studio/Truth Box Inc. hide caption

In the beginning of the recession, shipping containers began stacking up on American shores. Architects saw an opportunity to recycle these relatively cheap building materials into homes and other living spaces.

In Providence, R.I., designers have constructed what may be the first permanent, multistory office building in the United States made entirely from shipping containers.

Several times every day, passenger trains travel through Providence, passing a Smurf-blue building with a shock of yellow and green. The structure looks like it's made from Legos and often grabs the attention of riders zipping past.

"When Amtrak goes by, it's a little event. And they look up from their computer and watch it go by," says Peter Case, who owns and helped design the building made entirely from cargo shipping containers -- steel, rectangular boxes carried on trucks and trains.

'Let The Container Be A Container'

The three-story complex is divided into two sets of offices with a canopy made from the sides of containers covering an exposed central hallway.

"Our mantra was let the container be a container whenever possible. So we don't hide the dings," Case says. 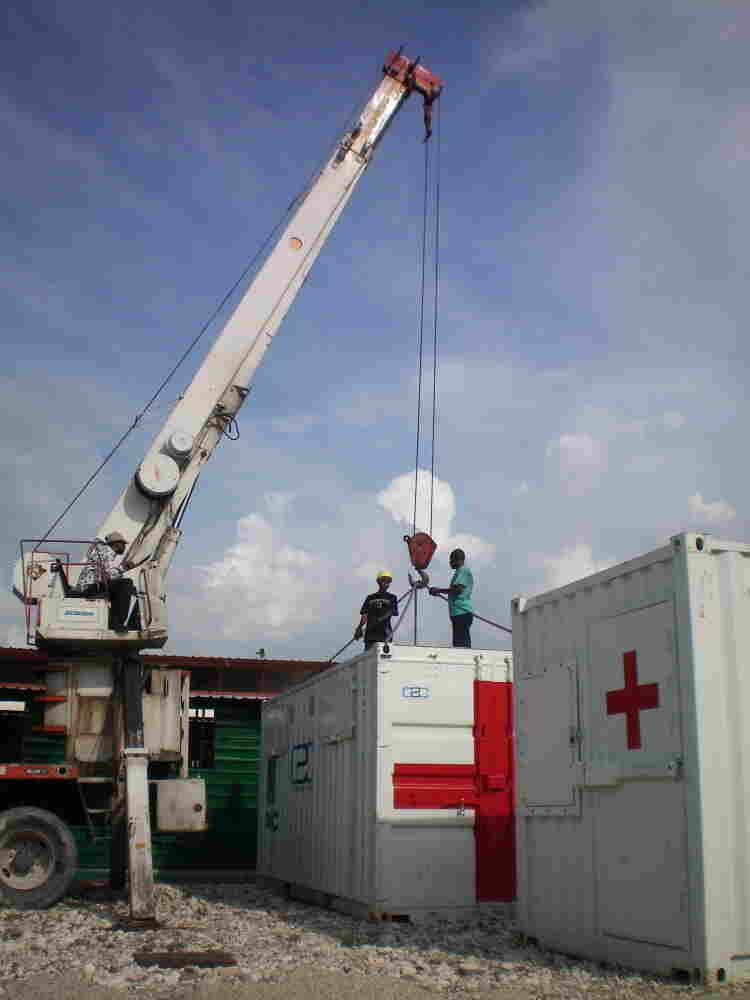 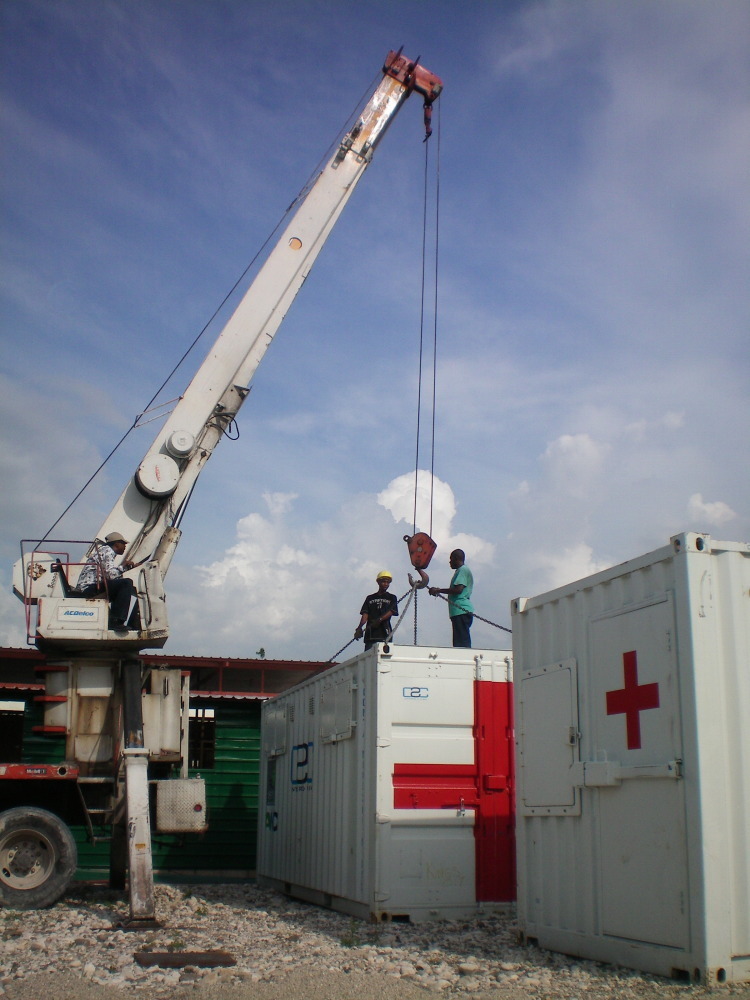 Containers to Clinics, a nonprofit organization based in Massachusetts, converts shipping containers into health clinics, such as the one above being deployed by a crane in Port-au-Prince, Haiti.

Courtesy of Containers to Clinics

Dings and all, the building cost $1.8 million -- half the cost of his original plans for a conventional building, which Case scrapped when the economy tanked. There was no precedent in the U.S., so he had to convince Providence officials, who were a little hesitant at first.

Then he bought shipping containers for $2,000 each and welded two or three of them together, cutting out the sides to create an open floor plan.

Inside, it feels like any other office space. It took Case and his team six months to design and figure out the basics like installing windows, electric and plumbing. It took just four days to truck in the containers and plunk them down on-site.

The building is now open for business, and website consultant Chris Murray is the first renter. He recognized it from a Craigslist ad and had to check it out.

"We decided to come here because it is a really unique and neat place," Murray says.

Portable And Cool, But Still A Challenge

The office in Providence is not the first building made from containers. Container homes and art studios are sprinkled around the U.S., and there is a school in Mexico made of the steel boxes. One nonprofit called Containers to Clinics is turning containers into health clinics for poor and rural countries.

These structures may be portable and look cool, but don't expect to start seeing them everywhere, says builder Joshua Brandt.

"If building with containers was like a fundamentally superior way to build things, people would build out of containers all the time. And the reason why they don't is because it is very challenging," he says.