Accessibility links
Ethiopia Claims High Ground In Right-To-Nile Debate Egypt uses more Nile River water than any other country, citing colonial-era agreements as proof of entitlement. But upstream, Ethiopia has begun asserting its rights and has visions of harnessing the river to produce more electricity and irrigation.

The Nile River is almost always associated with Egypt. Think back to Herodotus, who called Egypt the "gift of the Nile.” Or to baby Moses, whose river-borne bassinet made it all the way to Pharaoh's inner circle.

Egypt still draws more water from the Nile than any other country. But it doesn’t contribute any water to the Nile.

Ethiopians say they could use some of the Nile’s headwaters to become a hydropower superpower in Africa. And they’re claiming the geographical and moral high ground.

Ethiopia is home to the Blue Nile, a major tributary of the river. But Ethiopians have had little access to the Nile.

From its humble beginnings in the western highlands, the Blue Nile, known locally as the Abay, (pronounced ah-BYE) quickly cuts through deep gorges -- too deep for most people to reach. Then, it’s off to Sudan, where it merges with the White Nile and proceeds northward to the Mediterranean Sea.

High up in the soggy, green hills of western Ethiopia is a place called Gish Abay, where locals say the true source of the Blue Nile is located. Despite its claim to greatness, Gish Abay isn’t exactly a major tourist attraction.

That may be because the source -- a spring that feeds the headwater -- is under lock and key. The Ethiopian Orthodox church has built a shack over the source, and the priests don't cotton easily to visitors. They'll let you enter only if you meet all of the criteria: You must be Christian, male, barefoot and fasting.

There’s not much of a division between the religious and the secular in Gish Abay. In years past, this region was hard hit by famine, and many say they stick closely to the rules of the church on pain of bringing another catastrophe upon the community. Government leaders tend to defer to local inclinations.

The source of the Blue Nile is believed to be holy. People drink from the headwaters daily for good health.

Bosana Hailu came all the way from St. Louis, Mo., to taste the Abay. Hailu won’t say what her ailment is, but in addition to treatment from doctors in the United States, she says she needs the extra insurance that only holy water can provide.

Ethiopians are hoping for health and wealth from the headwaters of the Blue Nile. The government has recently unveiled a multimillion-dollar hydropower plant nearby called the Tana-Beles project. The underground facility is not technically a dam because it uses Lake Tana as its reservoir. But it performs many of the same functions as a dam. 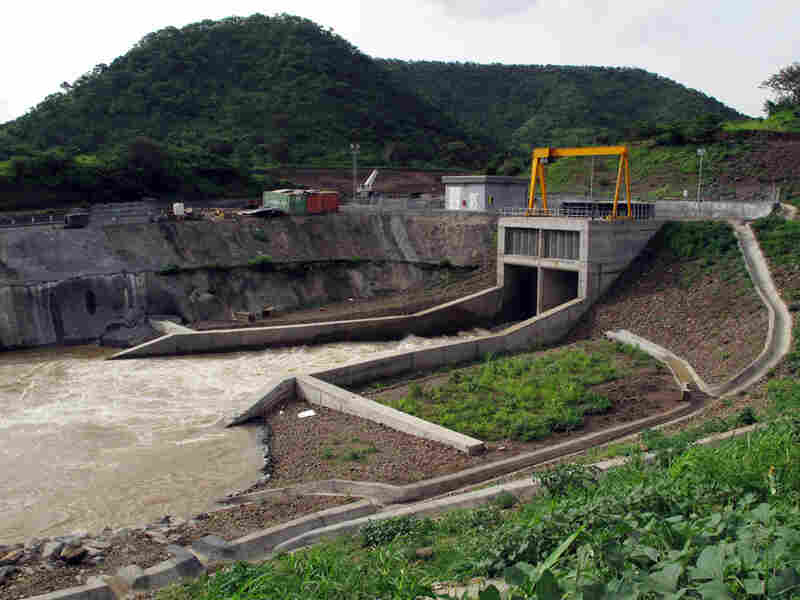 A hydroelectric plant in Ethiopia. The country hopes to harness the waters of the Blue Nile to export hydropower and to irrigate crops. Dawit Nida hide caption 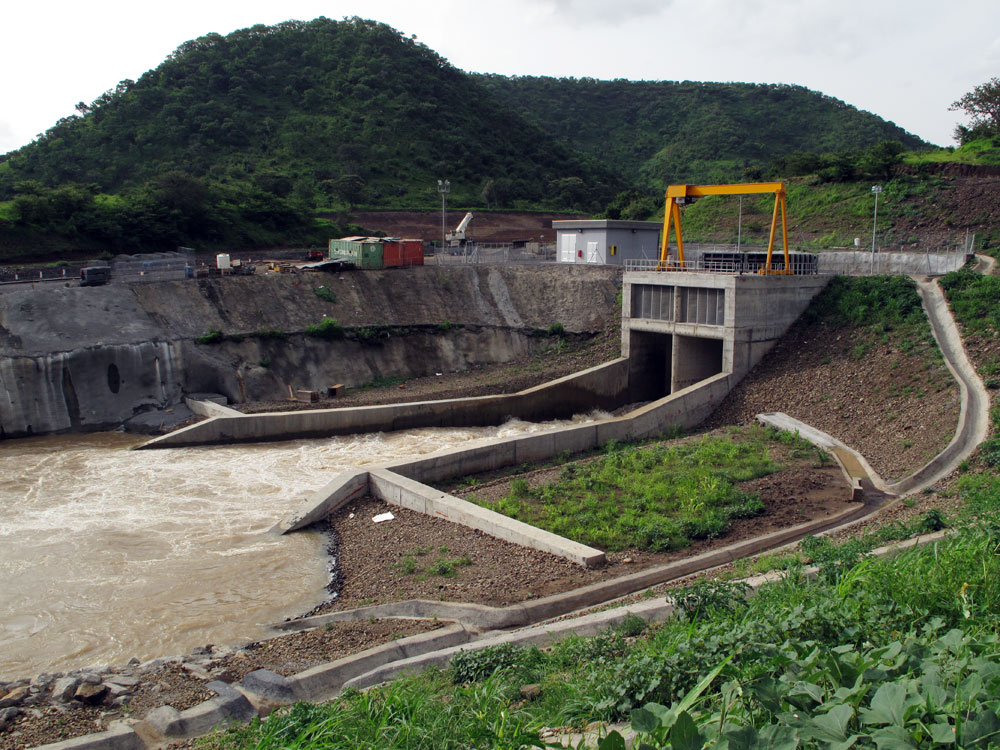 A hydroelectric plant in Ethiopia. The country hopes to harness the waters of the Blue Nile to export hydropower and to irrigate crops.

It can make irrigation possible for large tracks of land in the region, thus delivering farmers here from the Stone Age. It can also produce more than 400 megawatts of power from the headwaters of the Nile and provide energy to many of Ethiopia’s neighbors.

Ermias Wubshet is a 20-something engineer at the Tana-Beles facility. He says the goal of the project is to make Ethiopia rich.

But the facility has bothered many in Egypt, who say that the water belongs to them. Egyptians say irrigation upstream could mean less water downstream. They urge Ethiopia and the other upriver countries in the Nile Basin to stick to the tenets of two colonial-era agreements that guarantee Egypt the lion’s share of the Nile’s flow.

Yacob Arsano teaches international relations in Ehtiopia's capital, Addis Ababa, and has been privy to recent negotiations between the Nile Basin nations. He calls the colonial agreement that Egypt signed with Britain in the 1920s “as good as nothing.” He says Ethiopia was never consulted.

But Egypt doesn’t want to hear that. For Egyptians, the Nile is a matter of national security. Unlike the upstream countries, Egypt has no rainwater on which to depend.

If the upriver countries did a better job of storing their rain and groundwater, then they wouldn’t need to build facilities that could potentially threaten the Nile’s flow, says Egyptian water expert Ayman Abou Hadid. He says upriver countries like Ethiopia should practice better engineering.

“Actually, the Nile Basin countries can improve the Nile harvest of water quite a lot,” Hadid says. “The need there is to grow crops from the rainy season and to save some water for the dry season to continue.”

Asfaw Dingamo, Ethiopia’s water minister, says the full flower of Egypt's message on the Nile is even more aggressive: “'Don’t look at it. Don’t touch it. Don’t smell it. Don’t do anything.' That is the reality we are living under. And that is what we’re opposing.”

Many in the upriver countries say that Egypt is still treating them like what they once were: colonial vassals to Britain. But Ethiopians are quick to point out that they were never colonized, except for a period in the 20th century when the Italians came and left. The Ethiopians say they don’t take commands from anyone, including Egypt.

Instead, the Christians in Ethiopia say they take orders from a higher source. Orthodox priests claim that the Ark of the Covenant is in Ethiopia, not far from the beginnings of the Blue Nile. And nowhere in the Ten Commandments does it say that the Nile belongs to Egypt.

Next week: Egypt won’t give up its Nile water