Accessibility links
Court Rules Florida's Gay Adoption Ban Is Illegal The appeals court upheld a lower court's ruling that there was no "rational basis" for a law that prohibited gay couples from adopting. Gov. Charlie Crist said the state would stop enforcing the law immediately. 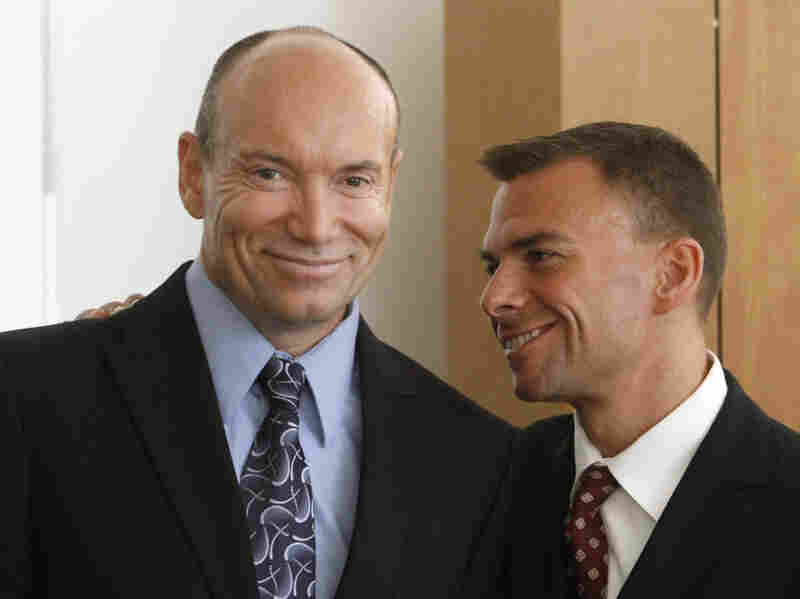 Florida Gov. Charlie Crist said the state will stop enforcing its law banning adoption by gay people after an appeals court on Wednesday ruled it unconstitutional.

Florida is the only state that expressly prohibits gay couples from adopting. Advocates for traditional families have long defended the ban, saying it promotes a family structure.

Florida does allow gays to serve as foster parents, however. In 2004, Martin Gill and his partner assumed care of a 4-year-old and a 4-month-old, siblings who had been victims of neglect.

Two years ago, when Gill learned the brothers might be separated, he went to court seeking to overturn the ban on gay adoptions. A family court judge ruled there was no "rational basis" for denying gays the opportunity to adopt, and on Wednesday, the 3rd District Court of Appeal in Miami agreed.

The court's three-judge panel noted that gays and lesbians are the only people banned from adopting, while all others -- including people with criminal histories or past substance abuse problems -- are considered on a case-by-case basis.

Nadine Smith, the executive director of Equality Florida, called the ruling a major victory for the lesbian, gay, bisexual and transgendered community.

"Finally, people are realizing that this law is based on a lie, and the lie has been exposed," she said. "All the social science says that sexual orientation has nothing to do with one's ability to parent."

In announcing the state would stop enforcing the ban, Crist called the decision "great."

It would take a decision by the state Supreme Court to strike down the 33-year-old law, the strictest of its kind in the nation.

Gill and the American Civil Liberties Union want the state to appeal to the state Supreme Court so a final decision can be made for the entire state.

NPR's Greg Allen and Trimmel Gomes of Florida Public Radio contributed to this report, which contains material from The Associated Press