Accessibility links
A Refuge For Powerful Lawmakers A house located on C Street in Washington, D.C., is home to many powerful conservative members of Congress who share both an ideology and an address. Jeff Sharlet details the house's mission in C Street:The Fundamental Threat to American Democracy. 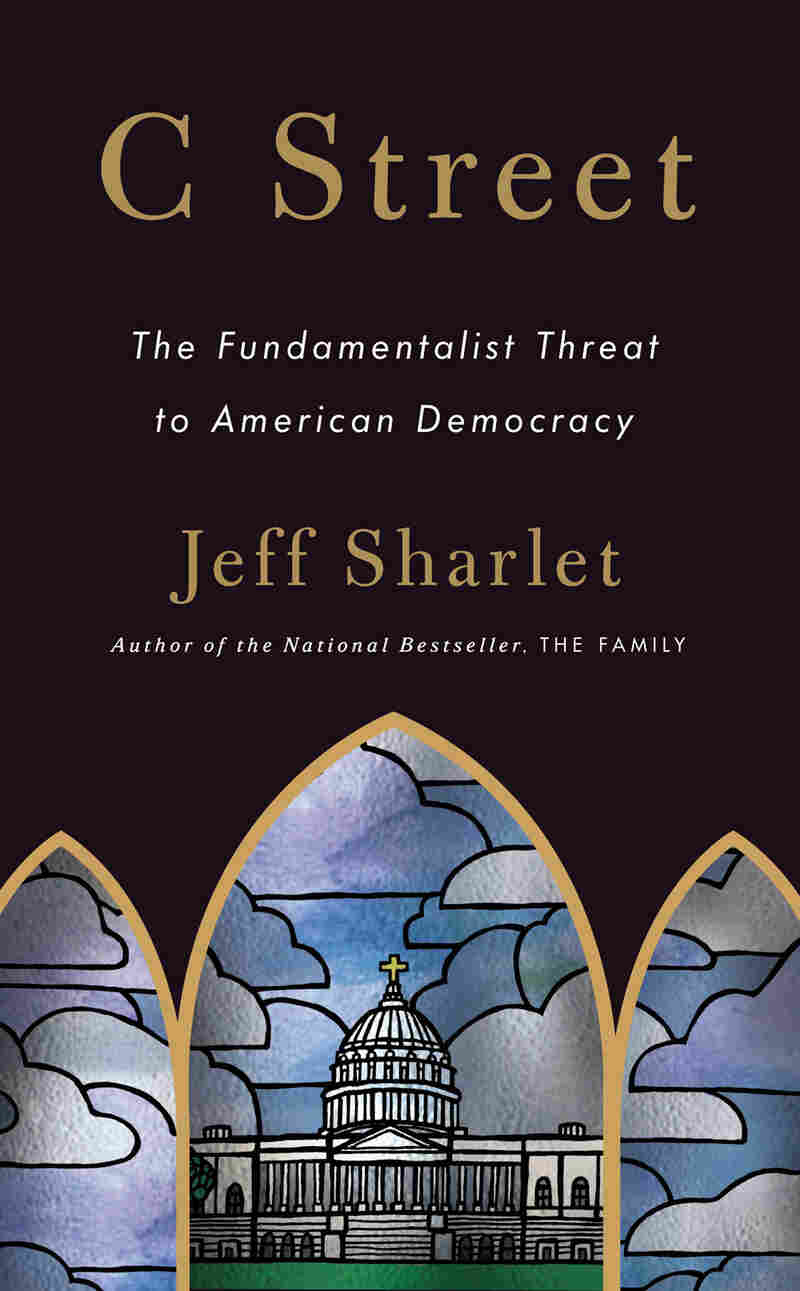 In his book The Family: The Secret Fundamentalism at the Heart of American Power, Jeff Sharlet examined a powerful, secretive group in Washington, D.C., know as the Family, or the Fellowship.

The Family, made up of some of the most powerful politicians in Congress, founded and organizes the National Prayer Breakfast, where every president since Dwight Eisenhower has spoken. The group also organizes prayer groups for Senate and House members at the Capitol.

The group also has a connection to a three-story, brick townhouse on C Street, located roughly three blocks from the Capitol. Owned by a foundation affiliated with The Family, the house is a home-away-from-home for fundamentalist Christian members of Congress, including Nevada Sen. John Ensign, South Carolina Gov. Mark Sanford, who lived there when he was a member of the House and South Carolina Sen. Jim DeMint.

Sharlet writes about C Street and the politicians who are affiliated with the house in C Street: The Fundamentalist Threat to American Democracy. The book's message is that Christian fundamentalists have tried to reshape American politics and the military.

In a conversation on Fresh Air, Sharlet describes the ways politicians affiliated with C Street have wielded influence in recent primary elections. He points to Sen. DeMint, who has recently emerged as one of the top members in Congress to back candidates affiliated with the Tea Party.

"He's representing this convergence of a populist fundamentalism with the elite fundamentalism," says Sharlet. "[Sen. DeMint's] in Washington and granting a kind of legitimacy [to the Tea Party.] Even as certain factions within the Republican Party struggle against it, DeMint's coming out on top in race after race. That's one of those moments that you look at when populist and elite fundamentalism merge like that and it becomes a more politically and culturally important force: a transformative moment."

Sharlet says DeMint is establishing himself as a bridge between the Tea Party and the Republican Party.

"As this establishment figure, he's saying to the Tea Party movement -- which does contain a lot of traditional Libertarians who don't see themselves as religiously motivated -- and [he's] saying, 'If you want to get in through the halls of power, you're going through me. I'm the man who can take you there. I'm your Moses. I see this movement as a Great Awakening, as a religious movement.' And there are a lot of people in the Tea Party who share that view and he can shape it."

Sharlet is a contributing editor for Harper's Magazine and Rolling Stone. His work has also appeared in The Washington Post and Mother Jones. 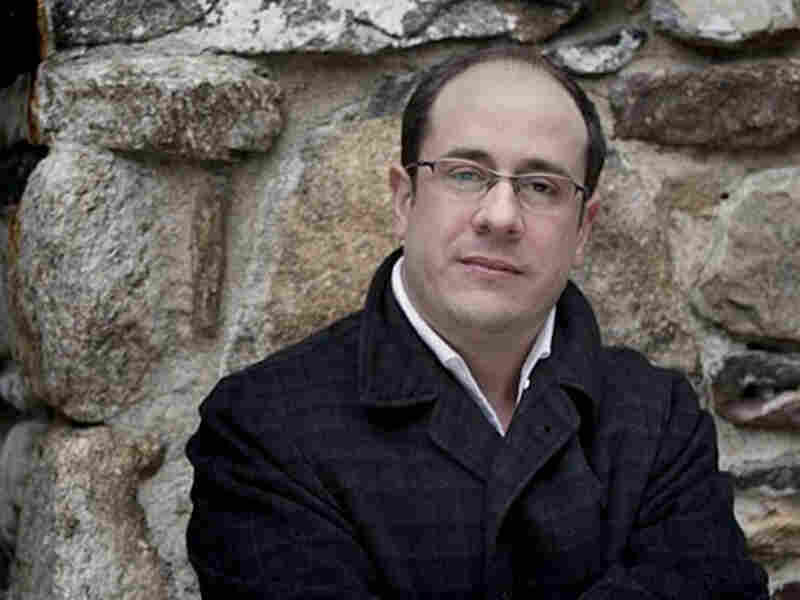 Jeff Sharlet is an assistant professor of creative nonfiction at Dartmouth College and a contributing editor at Harper's Magazine and Rolling Stone. Courtesy of the author hide caption 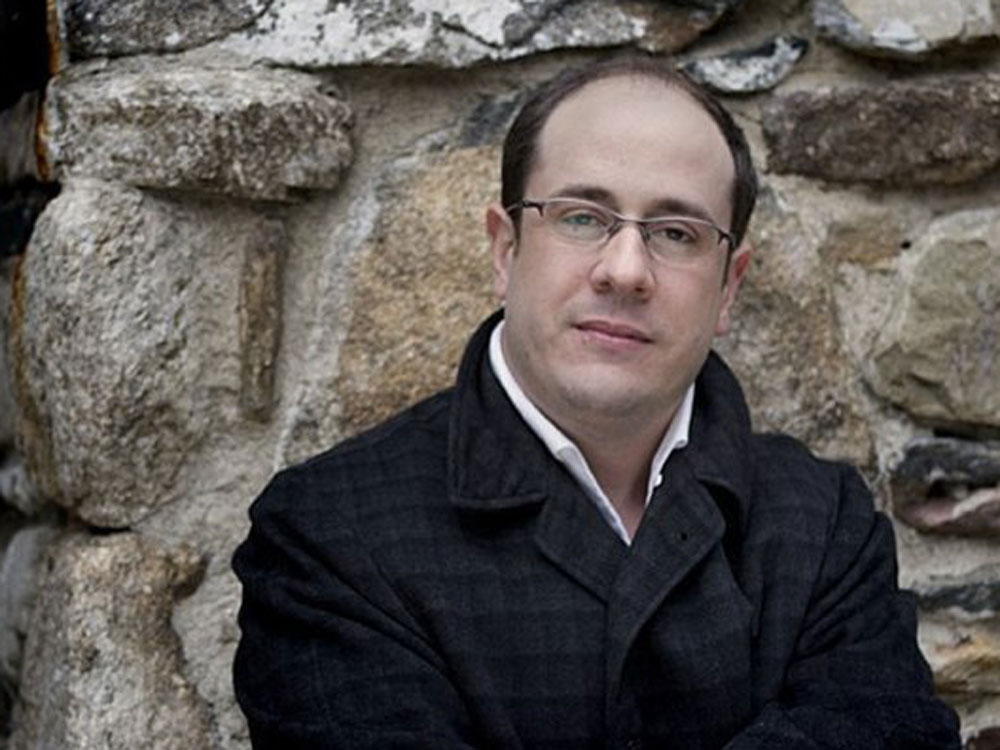 Jeff Sharlet is an assistant professor of creative nonfiction at Dartmouth College and a contributing editor at Harper's Magazine and Rolling Stone.

On Christianity and the military

"I should say the vast majority of the military personnel understand their oath to the Constitution and understand why they're there and their duty. But there is a very significant movement within [the military] which sees the military as a Christian institution. They seem themselves as Christian warriors. They see themselves as responsible for protecting and defending America's tradition as a Christian nation and representing that overseas. For a lot of them personally, it just meshed well with their personal beliefs because they didn't have to engage in these kind of culture war issues and the military just decided for them. That decision comes down on terms that are very comfortable for religious conservatism."

On the ability of the 'Christian warriors' in the military to influence 'don't ask, don't tell'

"There's an organization called Officers for Christian Fellowship. [It has] 15,000 members and they're officers includes many top ranking generals and former general and admirals. They define their mission as reclaiming territory for the Christ in the military [and] not allowing the opposition, all of which is spearheaded by Satan, to stand in the way. That's from their mission statement of what they're doing. They even refer to military personnel who may be Christian but not saved -- not Evangelical -- as unwittingly doing the work of the enemy, of spiritual terrorists. And we're talking about folks like Gen. Bob Caslen, a senior commander [and] Gen. Robert Van Antwerp, another senior commander. So when you have that level of command committed to these ideas, committed to the idea that the military exists to embody their understanding of Christian values, it's not surprising that they can exert a force or a political influence that even a lot of the officers find difficult to resist."

More on 'The Family' on NPR

"There was a great withdrawal of chaplains from the old mainline Protestant denominations -- the Episcopalians and the Methodists and the traditional Presbyterians who were leaving in a large part. That was a legacy of the Vietnam War and there was a shortage of chaplains. So the military, through no attempt to create this fundamentalist movement, started really radically broadening the accrediting agencies it recognized chaplains from. So Bible colleges where instead of learning about all different faiths and how to minister to groups of all different faiths, you learn that there's a right way of Christianity ('my Christianity') and a wrong way (everything else.) Suddenly those people started infusing the military. And they started lifting regulations that said 'Well, you have 10 percent [of people in the military who are practicing] Presbyterians, you should have roughly 10 percent Presbyterian chaplains.' That doesn't mean you get a Presbyterian chaplain but you know they're out there. That's all gone. And now we've reached a point where according to one chaplain about 80 percent of the chaplains describe themselves as conservative or Evangelical."

“As much as I did talk about going to the Appalachian Trail . . .that isn’t where I ended up.” — South Carolina governor Mark Sanford, at the June 24, 2009, press conference at which he confessed to cheating on his wife.

In 2008 I published a book called The Family, which took as its main subject a religious movement known to some as the Fellowship and to others as the Family and to most only through one of the many nonprofit entities created to express the movement’s peculiar approach to religion, politics, and power. One of these entities is the C Street Center Inc., in Washington, DC, or, simply, C Street, made infamous in the summer of 2009 by the actions of three Family associates: a senator, a governor, and a congressman, each with his own special C Street connection.

The senator lived there; the governor sought answers there; and the congressman’s wife says he rendezvoused with his mistress in his bedroom at the three- story redbrick town house on Capitol Hill, maintained by the Family for a singular goal, in the words of one Family leader: to “assist [congressmen] in better understandings of the teachings of Christ, and applying it to their jobs.”

Among the men thus assisted by the Family have been Sen. Tom Coburn and Sen. Jim Inhofe, Oklahoma Republicans racing each other to the far right of the political spectrum (Coburn has proposed the death penalty for abortion providers; Inhofe, who was a defender of the Abu Ghraib torturers, hosts regular foreign policy meetings at C Street); Sen. Jim DeMint of South Carolina, who insists that the Bible teaches we cannot serve both God and government; and Sen. Sam Brownback (R- KS), who says that through meetings of his Family “cell” of like- minded politicians he receives divine instruction on subjects as varied as sex, oil, and Islam. There’s also Sen. John Thune ( R- SD), Sen. Chuck Grassley ( R- IA), and Sen. Mike Enzi ( R- WY); Rep. Frank Wolf ( R- VA), Rep. Zach Wamp ( R- TN), and Rep. Joe Pitts ( R- PA). And Democrats, too: among them are Sen. Bill Nelson of Florida; North Carolina’s Ten Commandments crusader, Rep. Mike McIntyre; its newest Blue Dog, Rep. Heath Shuler; and Michigan’s Rep. Bart Stupak. In 2009 Stupak joined with Rep. Pitts to hold health care reform hostage to what Family leaders, pledging their support for Pitts early in his career, called “God’s leadership” in the long war against abortion.

Buried in the 592 boxes of documents dumped by the Family at the Billy Graham Center Archives in Wheaton, Illinois, are five decades’ worth of correspondence between members equally illustrious in their day: segregationist Dixiecrats and Southern Republican converts Sen. Absalom Willis Robertson (Pat Robertson’s father) and Sen. Strom Thurmond; a Yankee Klansman named Ralph Brewster and a blue- blooded fascist sympathizer named Merwin Hart; a parade of generals, oilmen, bankers, missile manufacturers; little big men of the provinces with fast food fortunes or chains of Piggly Wiggly supermarkets or gravel quarry empires. There was even the occasional liberal — Sen. Mark Hatfield, Republican of Oregon, and Sen. Harold Hughes, Democrat of Iowa — men of good faith and bad judgment who lent their names to the causes of the Family’s “brothers” overseas, the Indonesian genocidaire Suharto (Hatfield), the Filipino strongman Ferdinand Marcos (Hughes).

“Christ ministered to a few and did not set out to minister to large throngs of people,” says a supporter. The Family differs from more conventional fundamentalist groups in its preference for those whom it calls “key men” over the multitude. “We simply call ourselves the fellowship or a family of friends,” declares a document titled “Eight Core Aspects of the vision and methods,” distributed to members at the 2010 National Prayer Breakfast, the movement’s only public event. One of the Eight Core Aspects is the movement’s interpretation of Acts 9: 15 — “This man is my chosen instrument to take my name . . . before the Gentiles and their kings” (emphasis theirs). The Family’s unorthodox reading of this verse is that it is an injunction to work not through public revivals but through private relationships with “ ‘the king’ —or other leaders of our world — who hold enormous influence — for better or worse — over vast numbers of people.” The Family sees itself as a ministry for the benefit of the poor, by way of the powerful. The best way to help the weak, it teaches, is to help the strong.

In 2008 and 2009, the Family did so by helping Sen. John Ensign ( R- NV), Gov. Mark Sanford ( R- SC), and former representative Chip Pickering ( R- MS) cover up extramarital affairs, and in Ensign’s case secret payments. Not to avoid embarrassment for the Family, an organization that until 2009 denied its own existence, but because the Family believes that its members are placed in power by God; that they are his “new chosen”; that the senator, the governor, and the congressman were “tools” with which to advance his kingdom, an ambition so worthy that beside it all personal failings pale.

On June 16, 2009, Sen. Ensign flew home to Las Vegas to confess his affair. Ensign, fourth- ranking Republican and a man with Iowa and Pennsylvania Avenue on his mind, had made a career of going against the grain of his hometown. He was a moral scold who’d promoted himself as a Promise Keeper — a member of the conservative men’s ministry — and a family values man. He’d been a hound once, according to friends, but he’d come to Christ before he came to politics; for Ensign, the two passions were intertwined. He didn’t just go to church, he lived in one, the Family’s house at 133 C Street, SE, registered as a church for tax purposes. 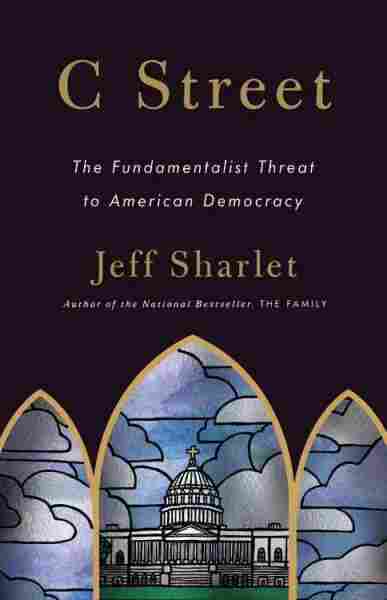 The Fundamentalist Threat to American Democracy