Accessibility links
Movie Review - 'Wall Street: Money Never Sleeps' - A Bull Market, A Bear Of A Film Director Oliver Stone turned down several offers to make a sequel to his 1987 hit Wall Street, for which Michael Douglas won an Oscar as hostile-takeover king Gordon Gekko. Then the market collapsed and it seemed a good time to revisit his old antihero. 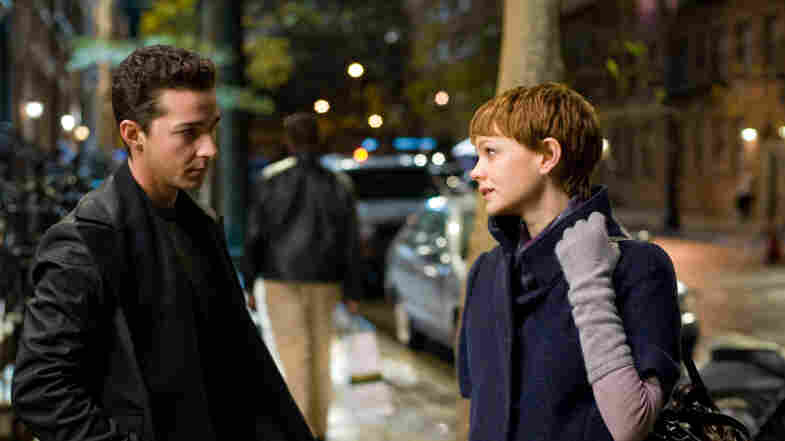 'This Is Not About The Money'

Oliver Stone's Wall Street sequel, Money Never Sleeps, is a mixed bag, but unlike most sequels, it has a good reason for being. At the end of the 1987 melodrama, Michael Douglas' takeover titan Gordon Gekko was destined for prison, set up by his guilt-ridden protege, Charlie Sheen's Bud Fox. In the decades that followed Wall Street's release, Stone and Douglas were surprised to find they'd created not just a classic monster, but a role model.

They shouldn't have been. Although Stone had essentially put leftist critiques of capitalism into the mouth of his capitalist villain -- as boasts -- many would-be Masters of the Universe loved his easiness with avarice, his lack of shame.

Bringing Gekko back now makes sense. After eight years in prison -- which, by the way, far exceeds the terms served by his real-life models, Michael Milken and Ivan Boesky -- what will Gekko make of our new breed of predator, the investment banker who makes a killing off bad mortgages and puts the world economy in peril?

More important, has he changed?

Seven years after getting out of prison, Gekko has partially rehabilitated himself by writing a book called Is Greed Good?, in which he questions the foundation of the current boom. He tells interviewers the core of the American economy is finance, not production and services, which is no way to run an empire.

But Gekko is offscreen for most of the first act, set in 2006. We meet Sheen's clean-cut successor, Jake, played by Shia LaBeouf, who is determined to make contact with the disgraced financier. For one thing, he's engaged to Gekko's estranged daughter, Winnie, played by Carey Mulligan.

More than that, he's out for revenge: He worked for a venerable firm modeled on Lehman Brothers and it collapsed, along with its chief partner, a Jewish care bear played with incomparable gravity by Frank Langella. It was Josh Brolin's wicked Bretton James -- who works for a firm inspired by Goldman Sachs -- who brought Langella's character down, and now Jake wants Bretton's blood. And who could help him get it better than his future father-in-law, with whom he shares a subway ride?

"So what about money, Jake?" Gekko challenges him. "You like her?"

"Do I like her?" Jake sputters. "I've never thought about money as a she."

"Oh," Gekko says. "She lies there at night in bed with you, looking at you, one eye open -- money never sleeps." 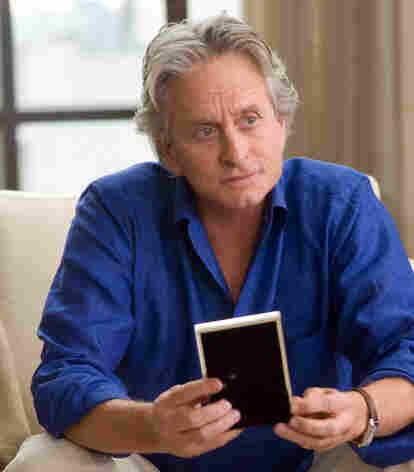 Michael Douglas is back in his Oscar-winning role as Gordon Gekko, whose iconic "greed is good" mantra and daring corporate raids made him a rock star of financial titans. Barry Wetcher/20th Century Fox hide caption

That's a juicy scene, and there are more leading up to the economic collapse of 2008. Stone brings his full bag of tricks to the film: split screens, flash inserts of speeding subway trains to show that events are moving fast. It's laid on thick.

In dark-toned boardrooms, the country's course is plotted by dark-suited men, with Brolin lit from below, pitching his voice somewhere between street thug and silky satanic overlord. In a wonderful scene, he sneers at Gekko, saying, "Nobody needs inside information anymore to get rich." That's what amuses Gekko, that all the plunder is out in the open.

There might be a great movie buried in Money Never Sleeps: Stone's pessimistic vision has weight. The problem is that the movie is so overloaded with characters and cross-currents and big ideas that it might have been better as a 13-hour cable miniseries instead of a 2-hour-and-13-minute mess. The revenge plot falls by the wayside and then comes back, ludicrously, and Stone spends way too much time with Winnie Gekko and her sad feelings, her disappointment with Jake for colluding with her dad. Mulligan is a gifted actress, but how could this simp be Gordon Gekko's daughter? When she and LaBeouf start hashing out their relationship, the movie comes to a dead stop. It has about five endings, the last so corny that it plays as if it were tacked on after bad test screenings.

Douglas, though, is terrific. He brings new shades to Gekko, once a one-dimensional villain but now torn in several different directions: He has outgrown the man who said "greed is good." But the movie is so poorly shaped that his final moral contortions have no kick. Wall Street: Money Never Sleeps suggests that Stone wants to go beyond melodrama, to explore the way empires crumble from within. But this unwieldy movie crumbles under the weight of those laudable ambitions.