Accessibility links
Extreme Fight: Dogs, Chemicals Take On Bedbugs To get rid of bedbugs, exterminators and desperate families are going to extreme lengths, from using dogs to sniff them out to spraying dangerous chemicals. But the EPA says chemicals can be more dangerous, especially for children, than the bedbugs themselves. 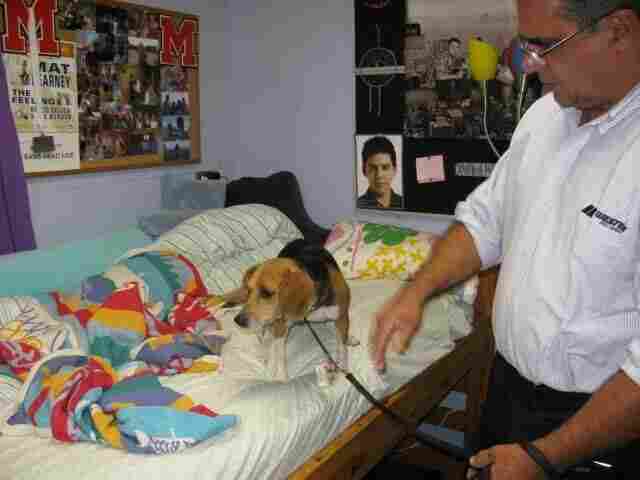 Dixie searches for bedbugs at a private school near Baltimore with the help of her handler, Blaine Lessard. Elizabeth Shogren/NPR hide caption 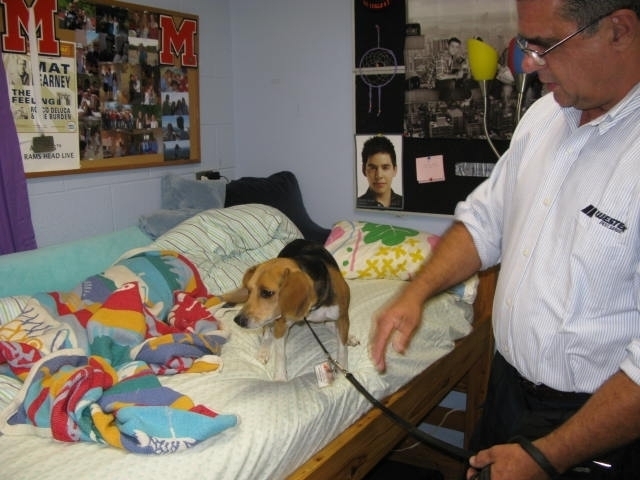 Dixie searches for bedbugs at a private school near Baltimore with the help of her handler, Blaine Lessard.

If Dixie visits you, you don't want her to sit down. That's how this beagle-Jack Russell terrier mix shows her handler that she's found live bedbugs.

The bedbug menace is growing in homes, hospitals, movie theaters and hotels around the country -- and the pests are becoming resistant to many treatments.

So to get rid of them, exterminators and desperate families are going to extreme lengths -- some of them creative and harmless, and others that are more dangerous than the insects.

Uncovering The Mystery Of Infestations

On a recent gorgeous fall day, Dixie is at a private school outside of Baltimore where a few weeks ago, some students complained of itchy bites. Bedbugs are the prime suspect.

"My thought was: 'Oh my goodness, what are the parents going to think?' " recalls Lynn McKain, the school's communication's director. "This is really a scary thing. What's going to happen to our boarding program?"

School officials hope Dixie will provide proof that if there was a bedbug problem, it's gone.

The emotional toll it can take on people when you can't get them under control is quite severe.

Dixie goes to work, first in an empty dorm room where the boys who first got bitten used to live. She doesn't find anything, so she goes across the hall to room No. 6.

After just seconds of sniffing, Dixie sits. She's on a black backpack lying on the floor at the head of a bunk bed.

And Dixie points her nose at the mattress.

"The only reason for her to sit on the job like that is when she finds bugs," Lessard says. "She's always right on the money."

"That's not what we wanted to hear," McKain says.

Dixie finds bugs three to 10 times a day, and she sniffs as many as 600 apartments or hotel rooms a week, according to Lessard.

"You have to realize what success means with bedbugs," McDowell says. "Sometimes we'll eliminate them on the first treatment; most of the time it does require the follow-up."

But when it comes to bedbugs, many people aren't patient. So exterminators are coming up with new techniques. They're heating infested rooms to 130 degrees, and spraying them with carbon dioxide snow to freeze the insects to death. 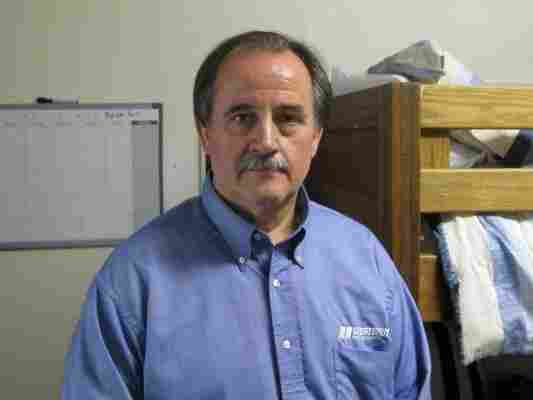 And some people are so desperate, they're using toxic chemicals or combining treatments in dangerous ways.

In Ohio, some apartments caught fire after people used alcohol and pesticides.

"The emotional toll it can take on people when you can't get [the bugs] under control is quite severe," says Matt Beal, who heads Ohio's bedbug program.

That's why his state is asking the Environmental Protection Agency to temporarily allow the use of a pesticide called Propoxur.

A few years ago, the EPA banned Propoxur for indoor use. But leftover stocks are available for purchase online, and some exterminators still have some. Beal says Propoxur does something other chemicals don't.

"Once it's dried, it will keep on killing the insects as the eggs hatch and as they keep on moving across where the insecticide was placed," he says.

But Propoxur's staying power is part of what makes it hazardous for children, according to Steve Owens, who heads the EPA's pesticide program.

"It's a very toxic compound. It can create nervous system problems for kids, everything from dizziness to diarrhea to vomiting to difficulty in breathing," he says.

Even so, the EPA is feeling pressure to do something about bedbugs. The agency is considering allowing some use of Propoxur if there is no chance a child could come into contact with it.

Owens understands their anxiety firsthand. Several years ago, his son got bitten in his own bed.

"The thing about the bedbugs is that they don't carry disease, but they drink blood," he says. "They're not very pleasant little creatures."

But Owens says Propoxur is not a silver bullet -- nor are any of the other hazardous pesticides that are increasingly being offered as magic cures for bedbugs. The EPA is taking legal action against some companies that have sent families to hospitals by using such pesticides.

Owens says parents should beware: These chemicals are much more dangerous for children than bedbugs.