Accessibility links
Mexican Journalists Flee Drug War, Seek Asylum The cartel war has claimed more than 28,000 lives and has become one of the most dangerous stories in the world. But just one journalist from Mexico is believed to have been granted asylum in the U.S. since the violence exploded four years ago. Now, others hope the doors will open for them. 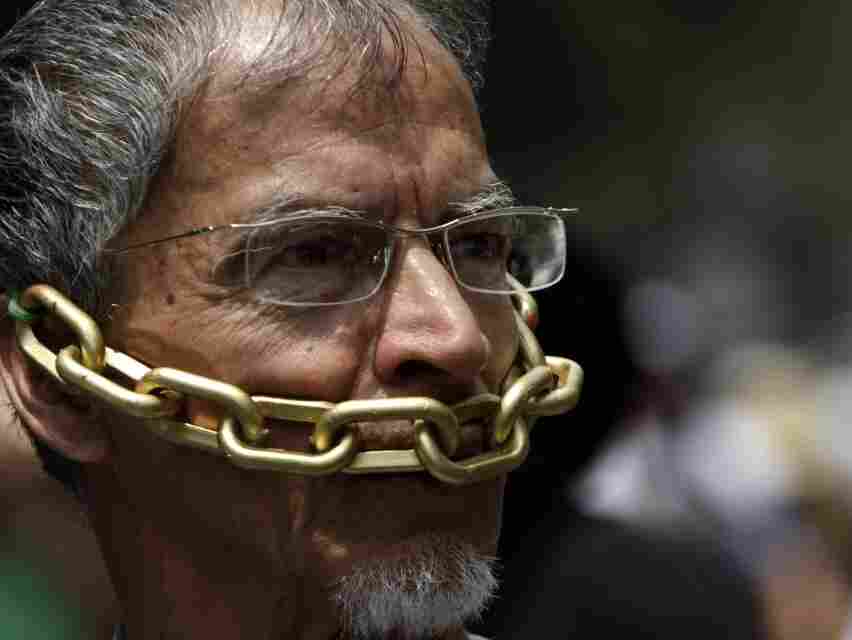 In this Aug. 7 photo, a Mexican journalist protests the targeting of journalists by drug cartels and others in the country. The unrest has prompted some journalists to seek asylum in the U.S. Marco Ugarte/AP hide caption

Mexican President Felipe Calderon announced a series of measures this week designed to safeguard the work of journalists who cover the violent cartel war in that country.

The war has claimed more than 28,000 lives and has become one of the most dangerous stories in the world. Some journalists have taken the ultimate step: fleeing to the United States to seek political asylum.

Now the moment that thousands of Mexican citizens who have fled to the U.S. wait for but very few get to savor has arrived: 52-year-old journalist Jorge Luis Aguirre has been granted political asylum.

Aguirre edits the hard-hitting, irreverent website LaPolaka.com that covers Juarez, Mexico. He fled his city nearly two years ago when he received a death threat, he believes, for writing critically about powerful Chihuahua state officials.

From his exile in El Paso, Texas, Aguirre went to Washington, D.C., last year to testify before the U.S. Senate about his nightmare.

"Today, I live in exile in a foreign country in order to avoid being murdered for my work as a journalist," he told lawmakers. 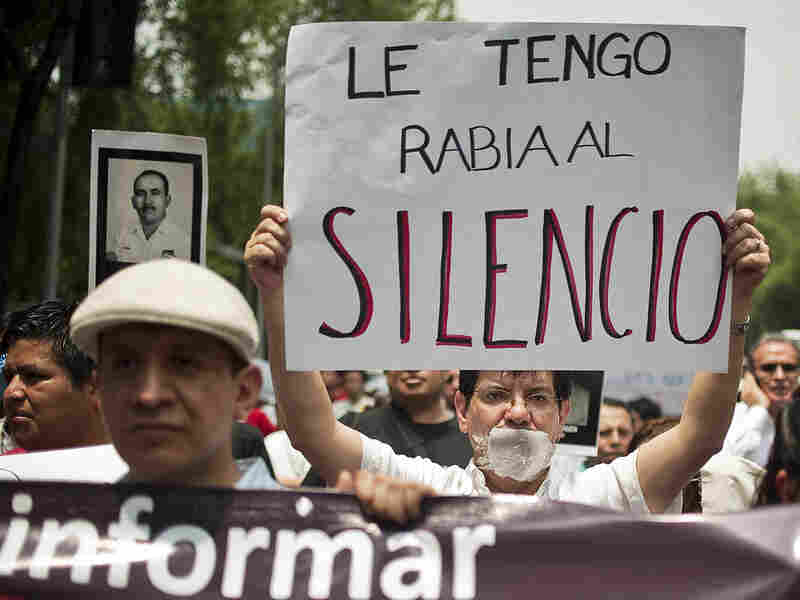 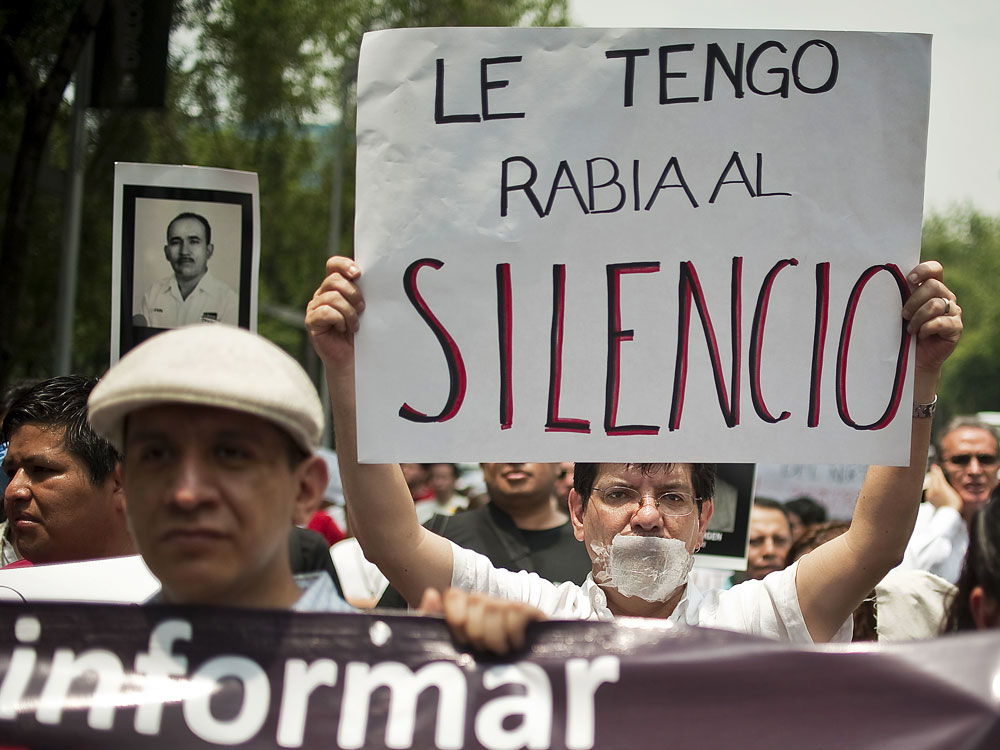 Mexican journalists protest against violence towards journalists on Aug. 7 in Mexico City.

Aguirre is believed to be the only Mexican journalist to be granted asylum since the cartel war has exploded in the past four years. Recently, he toasted his good fortune with his family and a few friends in the small backyard of his house in suburban El Paso.

"I hope this asylum is a good precedent and there's a chance for other journalists whose lives are threatened by mafiosos and narco-politicians," he said in Spanish. "The U.S. is a friend to Mexico; that's why it should help journalists."

It's too soon to say what Aguirre's case will mean to other Mexican journalists seeking asylum. But over the past four years, the U.S. government has been more receptive to Mexicans who can prove a well-founded fear of persecution from drug cartels, the government or both.

Figures from U.S. Citizenship and Immigration Services show that in 2007, asylum officers recommended 58 Mexican cases for approval; already, by the third quarter of this year, they have recommended 176.

"We were all waiting for the first case because so many cases have been presented," he said. "And I think there was a learning curve going on that they just weren't believing the tragedies and the chaos and the repression in Mexico.

"Finally they've come to realize that there is a major problem in Mexico."

But it's still a struggle.

Of the more than 15,000 Mexicans who have fled to the U.S. in the past five years, on average, U.S. immigration courts grant fewer than 2 percent of asylum requests.

"Many Mexicans are just caught in the crossfire," says Barbara Hines, director of the Immigration Clinic at the University of Texas Law School. "And for the average person in Mexico, that's not enough for asylum because you have to show that you're a member of a particular group or you have a particular political opinion."

The New York-based Committee to Protect Journalists reports more than 30 reporters have been killed or have disappeared since December 2006. Just last week, suspected cartel hitmen gunned down a young photographer for El Diaro de Juarez and wounded his co-worker. He was the second journalist at El Diario killed in less than two years.

On Tuesday, three journalists who have fled Mexico appeared at a news conference in El Paso to call attention to their plight.

Speaking in Spanish, Emilio Gutierrez Soto, a Chihuahua newspaper reporter, says he received a death threat after his stories angered the Mexican military. He fled to the U.S. and was locked up in an immigration jail for seven months. Now he's out and waiting for his case to be resolved.

"Now I make burritos and sell them to friends and office workers," he says with a sad smile.

Ricardo Chavez Aldana, a Juarez radio reporter, says he was threatened and his two nephews were killed for his on-air criticism of the state government.

He says he and his wife and five children live with his sister in El Paso.

"It's complicated," he says in Spanish. "But we manage."

Alejandro Hernandez Pacheco, a TV cameraman from Torreon who was kidnapped in July by suspected cartel thugs for reporting on corrupt prison authorities, says he hopes the asylum granted to Aguirre "opens the door for people like me."

"I can't return to Mexico," he says, "either the cartels or the police will get me."