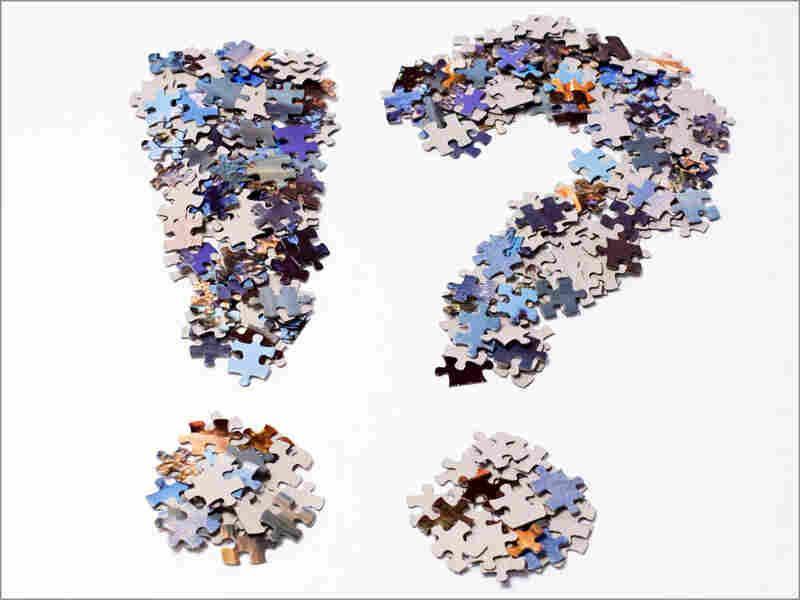 Its National Punctuation Day! If that sentence made you cringe, then welcome to the fold. Its, it's. Your, you're. Why can't people get it right?

Em dash or en dash.
On typewriters it’s easy,
On keyboards, less so.

Jeff Rubin -- a veteran print journalist who reads The San Francisco Chronicle every morning with a red Sharpie in hand -- is the founder of National Punctuation Day. He talks with NPR's Mary Louise Kelly about his crusade.

Text messaging, Rubin laments, is "not quite the end of civilization as we know it, but it's just one more step."

People ask Rubin all the time, "Who cares?" Judging from the overabundance of mispunctuated signs out there, it sometimes seems like nobody does. But Rubin also gets e-mails, "hundreds and hundreds of e-mails," he says, "from people who do care: teachers, attorneys, journalists, parents."

He says 60 percent of incoming freshmen in the Cal State University system are taking remedial English -- and "that's just not acceptable."

Defending punctuation isn't glamorous work, but Rubin says he "soldiers on."  Below, he shares with us his greatest punctuation pet peeves:

1. People who misuse the apostrophe, Part 1: The rule about apostrophes is so simple: If it's plural there's no apostrophe. How hard is that? Other than the period, which tells people to STOP, this is the easiest punctuation mark. Will the "Johnson's" and "Smith's" of the world explain to me why this rule is so difficult to understand?

2. People who misuse the apostrophe, Part 2: What's the deal with "it's" and "its"? "It's" is a contraction, meaning "it is." "Its" is possessive. If people read their sentences by substituting "it is" for "it's" -- "it is condition was serious" -- it wouldn't make sense. That means "it's" is wrong.

3. People who make up their own punctuation style: At a business meeting the other day a guy who specializes in risk assessments said he likes to put commas and periods outside closing quotation marks. I told him that's not the recognized style of any of the major stylebooks in the United States. He told me he felt it was a "choice," not an absolute rule. That's like saying the Ten Commandments are the Ten Suggestions.

4. People who put commas where they don't belong: There are several correct ways to use a comma; an incorrect way is to add one just because it seems like the appropriate time. I know a writer who submits an occasional article for her company's newsletter. Her article always includes a misplaced comma. When I ask why the comma is where it is, I get this response: "Well, I hadn't used a comma in a while so I thought I should put one in." Where's the Maalox?

5. Their, there, and they're; your and you're: When did they stop teaching homophones in school?

If you have punctuation pet peeves of your own, tell us about them in the comments section below.