Accessibility links
Wildlife Films: Seeing But Not Always Believing In Shooting in the Wild, filmmaker Chris Palmer exposes some of the dirty secrets behind nature documentaries, like manufactured sounds and staged animal fights. He says he was compelled to disclose these tricks because he had seen a lot of animal mistreatment and audience deception and felt the need for transparency. 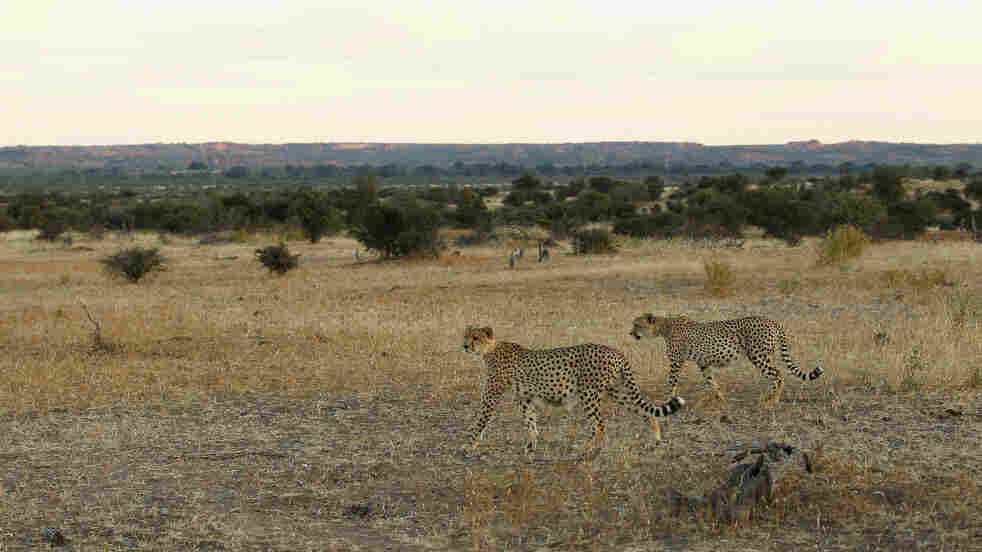 Wildlife documentaries come with the promise that what you're seeing and hearing is genuine -- but that's not always the case, according to a new book by a veteran environmental filmmaker.

In Shooting in the Wild: An Insider's Account of Making Movies in the Animal Kingdom, Chris Palmer exposes some of the dirty secrets behind nature documentaries, like manufactured sounds and staged animal fights. 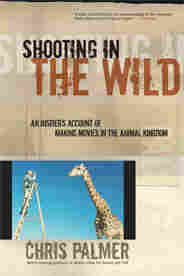 Shooting in the Wild: An Insider's Account of Making Movies in the Animal Kingdom
By Chris Palmer
Paperback, 272 pages
Sierra Club/Counterpoint
List price: $24.95

Palmer tells Weekend Edition host Liane Hansen that after 30 years in the business, he had become haunted by what he had seen and felt the need for transparency.

"I've seen a lot of good things, a lot of great films," he says. "But I've also seen animal abuse, animal harassment, audience deception, the demonization of animals, like in Shark Week [and] Uncut and Untamed," shows which he says carry an anti-conservation message.

Palmer is guilty of deception himself. While working on an IMAX film about wolves, the film team found it was too hard to get shots of roaming wolves, so it went to a game farm and rented them.

Palmer tells Hansen that his wife was outraged when she learned that the sound of water dripping off the paws of a grizzly bear in one of his films was actually the sound of an assistant ruffling his hand and elbow in a water basin.

"He recorded those water sounds and then cleverly match[ed] it to the video that we shot with a long lens," he says.

The sound of an eagle's wings beating as it takes off majestically from the top of a mountain? "That sound will invariably be made by an umbrella opening and closing," Palmer says.

The sounds are often made up in the studio because it isn't possible to record them in the wild.

"You can't get close enough to a bear to record his breath or his splashing in the water. If you got that close, you'd be in great danger," he says. "You wouldn't be responsible anyway. You'd be harassing the bear and bothering it and habituating it."

Whenever a film shows a close-up of a big animal like a bear, Palmer says, the viewer should be on alert: Chances are high that the animal came from a game farm or has been trained.

"When it plunges its head into the entrails of a dead elk … it could be there are M&Ms that have been put into the … elk so that the animal feed on it," he says. "It could be that it's been made hungry. It could be that behind the cameraman there's a trainer giving it signals."

Palmer says wildlife filmmakers are trained to look for the "money shot," a dramatic scene of predation or copulation, for example.

'[You] can't go on a shoot and come back without a money shot if you want to be hired again," he says. "If you want to continue in this business, you have to get dramatic footage." 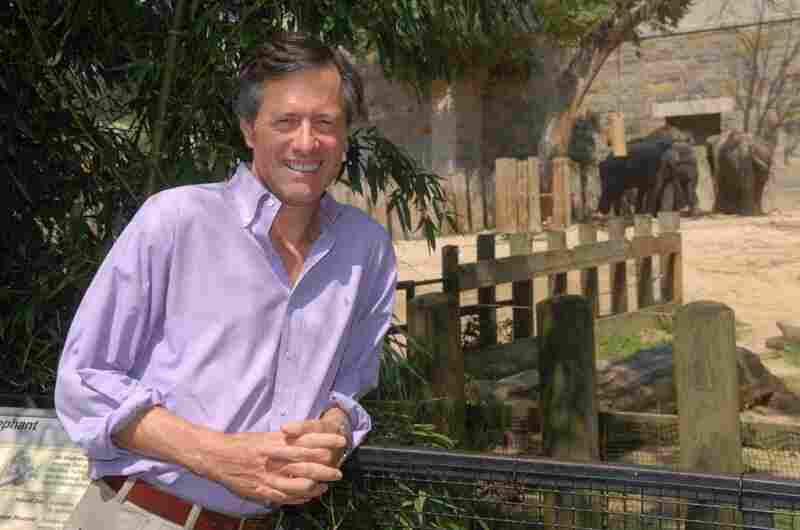 Environmental filmmaker Chris Palmer exposes some of the dirty secrets behind nature documentaries in his new book, Shooting in the Wild. Jeff Watts hide caption

Years ago, filmmakers had budgets that allowed them to go out into the wild for three months. These days it's more like three days, Palmer says, so they take short cuts.

His colleagues have not been particularly happy about the book.

"They feel like I'm a magician giving away the trade secrets, which I am doing," he says.

A Trade-Off For Ethics

By bringing the deception to the attention of the public, Palmer hopes pressure will be put on networks to do a better job of monitoring what's going on when their films are being made.

"I'm launching a campaign around my book to try and clean up wildlife filmmaking. We have to have better ethics," he says. "New filmmakers coming into the business need to be trained in ethical filmmaking."

Filmmakers should look at this as a challenge to come up with innovative and fresh ways to be entertaining and ethically correct, he says.

Excerpt: Shooting In The Wild

Too Close for Comfort: What Some Filmmakers Do for the ‘Money Shot’

Beginning with a daring escape from the communist regime in East Germany in 1961, when he was twenty-four, Wolfgang Obst has taken plenty of risks. Those he takes as a filmmaker tend to be off screen and involve the respectful watching of wildlife in remote places, not touching or wrestling with them. He gets close to wildlife at times, but only when the animals come to him. Needless to say, this approach to making engaging films takes time and patience.

Shooting in the Wild: An Insider's Account of Making Movies in the Animal Kingdom
By Chris Palmer
Paperback, 272 pages
Sierra Club/Counterpoint
List price: $24.95

When I started producing environmental documentaries in the early 1980s, I hired Obst to make a film about the threat of oil drilling to the wildlife—especially migrating caribou—in a 100-mile-long stretch of pristine coastline in Alaska’s Arctic National Wildlife Refuge. Four months later, Obst and his wife, who was also his filmmaking partner, hopped in a bush plane and flew to the refuge’s coastal plain. Within a few days of their arrival, though, they decided their marriage was over. As a plane carried Obst’s wife away from the filming location, a dreadful silence descended. Obst knew that being alone would add significantly to his risk. But he had a one-hour television special to make for Audubon, and I was pressuring him to deliver.

With one tent for himself and another for his camera gear, he felt like a minuscule creature out there alone amid thousands of square miles of harsh wilderness. An injury that might be inconsequential back home could prove fatal in the isolated Arctic with no one around to help. He carried a radio so he could call commercial airline pilots to relay messages in case of emergency, but he discovered that it wasn’t working. If anything happened, he would just have to wait until his bush pilot returned with supplies once every three weeks.

Walking on the tundra was challenging. Obst watched every step he took and every move he made. Weighed down by a backpack stuffed with his camera, batteries, extra film, a tripod, shotgun, and food, he wobbled from one grassy lump to another, avoiding icy water in between and taking care not to turn an ankle. Finally arriving at his destination, he settled down to wait in the middle of the empty calving grounds of the Porcupine caribou herd, filming little things here and there, but nothing of real interest. He knew wolves and grizzlies were nearby. And he knew he was no longer at the top of the food chain.

After three long weeks, the caribou finally arrived—tens of thousands of them, moving rapidly toward him in a broad front. He felt like running, but there was nowhere to go. Besides, however frightening it was to be in the middle of a stream of caribou on the move, this is what he had come to shoot. As the herd got within thirty feet, they parted to go around him, and then closed ranks thirty feet farther on.

Excerpted from Shooting in the Wild by Chris Palmer. Copyright 2010. Published by Sierra Club Books in association with Counterpoint. Used by permission.