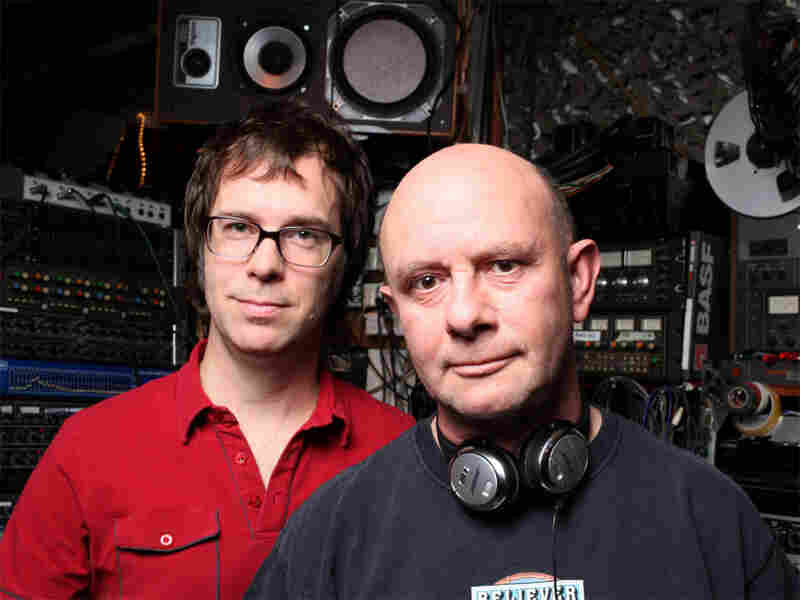 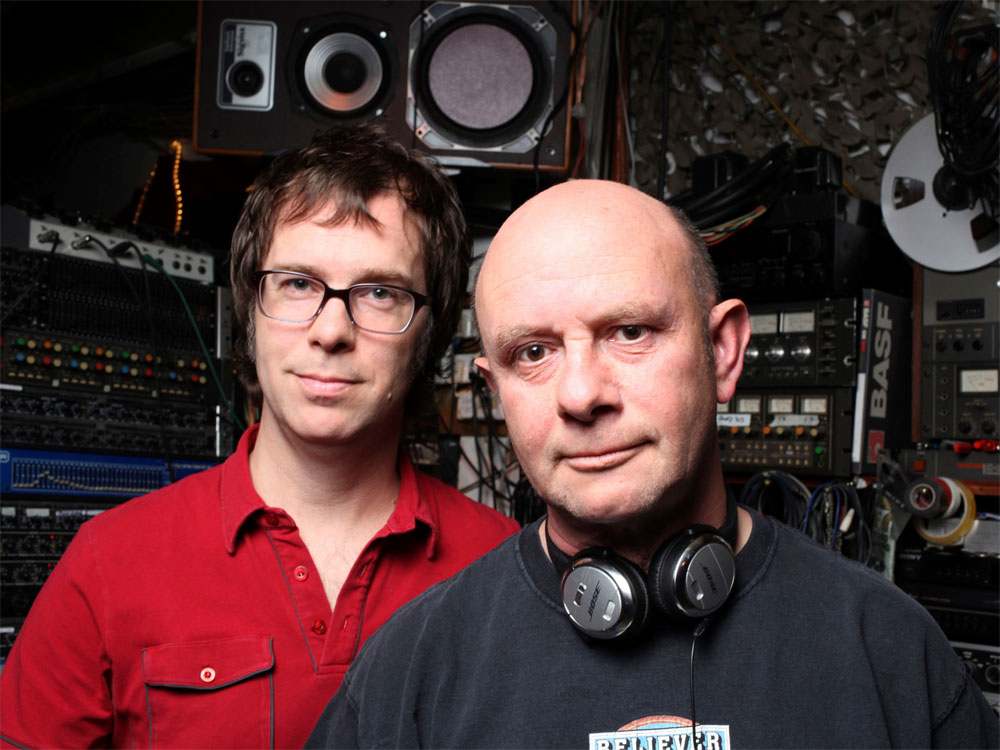 The author Nick Hornby often writes about music. One of his most famous novels, High Fidelity, is about a guy who works in a record store. But Hornby never actually made an album until he teamed up with singer-songwriter Ben Folds. Folds had been writing music for years, and he was looking for a way to make the experience fresh.

"Anything you can do to make your album sound like the first one, I'm all for it," says Folds. "Doing it this way is a first for me, and it's Nick's first record. It gives the whole thing a lot of energy. But mainly I just love Nick's writing. I don't think there would be many writers who I would trust to just take the lyrics without revising them at all and make songs out of them."

NPR's Ari Shapiro wanted to know how this collaboration worked, so he asked the duo to pick apart "Belinda" as a case study.

"First of all, I was in songwriting mode," says Hornby. "And something did happen when I went into songwriting mode, in that any sort of half-idea I had for anything suddenly became a lyric, as opposed to a short story or a fragment of a novel or an idea for a screenplay. One of the ideas I had had was about a guy's relationship with a song. I think I was probably thinking of something like [Eric Clapton's] 'Layla,' which is about a famous relationship that's long since water under the bridge. I wondered what it would be like to sing that song pretty much every night when he didn't have that relationship with the person anymore. So I invented this person who pretty much only has one song called 'Belinda,' which is about his ex-wife who he had treated very badly. He has to sing it every night of his life."

After Hornby finished the words, Folds had to find inroads to the melody.

"When I get Nick's lyrics, it can be the shape of the lyrics or the way something just rolls off the tongue that creates a melody really quickly," says Folds. "The chorus sounded like what I think Nick wanted it to sound like, which is a hit song from the '70s that we're all supposed to know, but never actually existed."

But Hornby's musical intentions didn't always come out the way he expected them from Folds. He wrote the words to "Practical Amanda" intending it to come out like "Kate," the sunny pop song from Ben Folds Five's Whatever and Ever Amen. Instead, Folds wrote an "incredibly moving ballad," and Amanda happens to be the name of Hornby's wife -- a fact he says made him blush.

"I could tell by the phrases that it was meant to be upbeat, and that's the way I thought of it when I first opened it, but nothing really came," Folds says. "I was on tour doing Lollapalooza in Chicago, and I was walking and thought, 'Huh, that could be a love ballad.' "

As is the nature of collaboration, there's the potential of fight or flight, but as challenging as Hornby's lyrics could be to transform into melodies, Folds says he never felt it was right to change Hornby's words.

"What I was asking for was to create something I never would have created before," Folds says, later adding, "Nick writes words. Everyone likes them. More people read his books than listen to my music, so it doesn't make sense for me to change them."

Limits And The Limitless

Ultimately, Folds says it's easier to write an album this way. Otherwise, the singer-songwriter draws from his own life with melodies constantly in the brain. But here, Hornby provides the framework.

"The thing about writing to Nick's framework is that, once I'm finished responding to the life that he's created, we have a finished song," Folds says.

"I was just going to say about sending Ben the lyrics and saying, 'Well, this is what they are' -- [it] works in the same way that if you tell a kid, 'Write something; write anything; you can write a story about anything you want,' they can't think of anything," says Hornby. "But if you say, 'Write a story about a crocodile, a pineapple and a stair lift in a hotel,' then it will spark something up. The same still happens to me if I'm commissioned to write anything I want for a magazine. I never want to do it. But if someone comes in with some specific ideas about something, then the limit placed on the limitless actually does spark the imagination."