Accessibility links
Down On The 'Boardwalk' With Terence Winter HBO's Boardwalk Empire, set in Atlantic City in the 1920s, is about organized crime in the era of Prohibition. Series creator Terence Winter, an Emmy Award-winning writer for The Sopranos, details his enduring fascination with New Jersey gangsters. 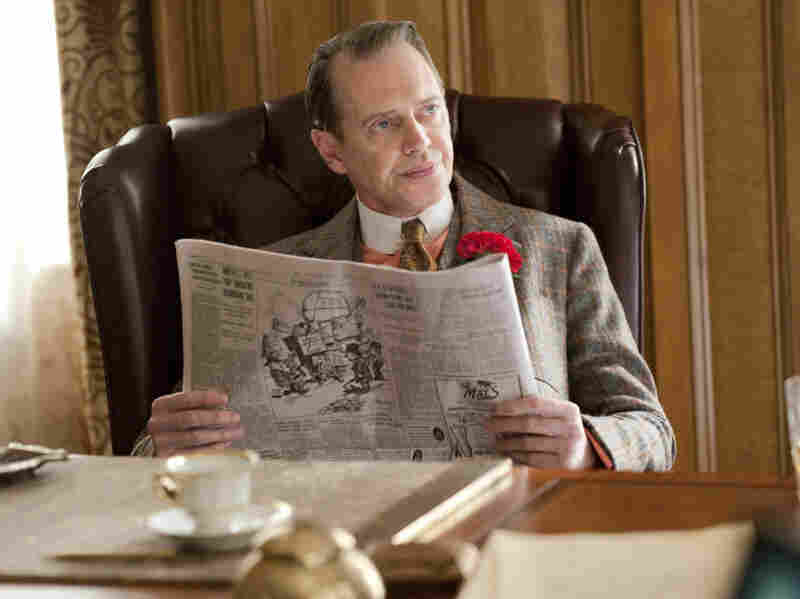 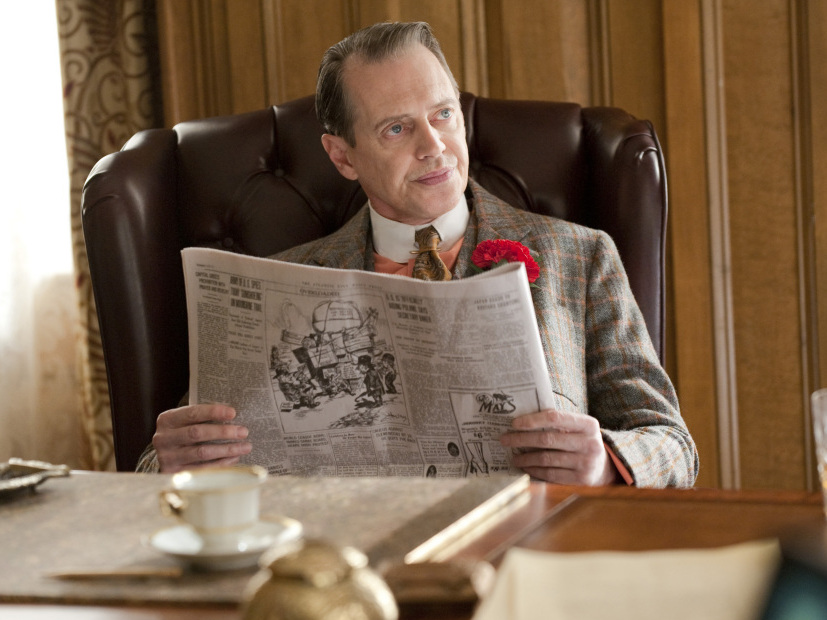 HBO's Boardwalk Empire, set in Atlantic City in the 1920s, is about organized crime in the era of Prohibition. The first episode was directed by Martin Scorsese; after it was televised, Boardwalk Empire was immediately renewed by HBO for a second season.

The show stars Steve Buscemi as Nucky Thompson, an Atlantic City politician who sees the coming of Prohibition as an opportunity to make even more money from illegal activities and kickbacks. Buscemi's character is based on a real-life politician named Enoch Lewis "Nucky" Johnson, who grew up in Atlantic City and ultimately gained control of the city's books.

Terence Winter, who wrote and produced two dozen episodes of The Sopranos before creating Boardwalk Empire, tells Fresh Air's David Bianculli why he was immediately drawn to Nucky Johnson's story.

"I don't think he ever made more than $6,000 a year legitimately on the books, yet his residence was the entire eighth floor of the Ritz Carlton hotel," Winter explains. "And I said, 'This is a compelling character.' ... How's the guy who's essentially the third or fourth rung on the food chain, politically, in charge of everything? He was the guy behind the scenes but nothing moved in that city without him. He was incredibly duplicitous: on the one hand, a beloved politician; on the other hand, incredibly corrupt [and] veering toward low-level gangsterism and white-collar crimes."

Johnson's real-life exploits included bootlegging, running prostitution rings and gambling with some of the biggest organized crime leaders of the 1920s. Buscemi's fictionalized Thompson also pals around with gangsters, including  "Lucky" Luciano and Al Capone. But in Boardwalk Empire, these organized crime leaders are still learning the ropes.

"You always see Al Capone at the height of his power, when he's Scarface," Winter says. "[But here,] this is the kid who's a little unsure of himself and doesn't quite know how to handle situations. ... It's a great opportunity to see how this guy formed into the Al Capone we know."

On why he slightly changed the names of his characters

"I was a big fan of the show Deadwood on HBO, which was created by David Milch. And as soon as I heard that all of those characters on Deadwood were based on real people, the first thing I did was Google everybody. Pretty quickly, I became ahead of the story. Al Swearengen, who's played by Ian McShane, lived until the 20th century, I learned. So whenever I would watch Deadwood, and Al Swearengen was in a situation where there was jeopardy, I would say to myself, 'Well, he's not going to die.' I thought, 'I shouldn't know that. It's really taking away from my experience, and I'm sure David Milch doesn't want me to know that.' But because the show is so good, I was inclined to know more about it. And I realized the same thing might happen here. People start to look at Nucky and start to compare what happened to the real Nucky compared to our Nucky and know where the story's going. ... Everyone knows what happened to Al Capone ... but if everybody is real, I can't manipulate the story the way I want to."

On casting Steve Buscemi in the lead role

"We looked at pictures of the real Nucky, and I had gone down to Atlantic City on weekend trips -- by which I mean to drink and gamble -- and just informally polled people who I would meet down there and ask, 'Do you know who Nucky Johnson is?' And almost nobody knew. We realized early on that he's sort of an obscure historical character and no one knows what he looked like and it doesn't matter anyway. So rather than be tied to what he looked like ... we said, 'Let's just find the best actor.' So we started kicking around names and I'm pretty sure it was me who suggested Steve at first, and Marty [Scorsese] responded immediately and said, 'I worked very briefly with him on a film called New York Stories, and I would love to work with him again.' And I said, 'I worked with him on The Sopranos, [and] I think he'd be great.' ... And we're thrilled that we did. He's absolutely amazing."