Accessibility links
Brilliant To Dead: The High Art Of 'Lampoon' Satire In the spring of 1970, a daring new product hit American newsstands. It was called National Lampoon, and it made its name with sex- and drug-laden satire of everyday American life. Drunk Stoned Brilliant Dead is Lampoon contributor Rick Meyerowitz's account of the magazine's best years. 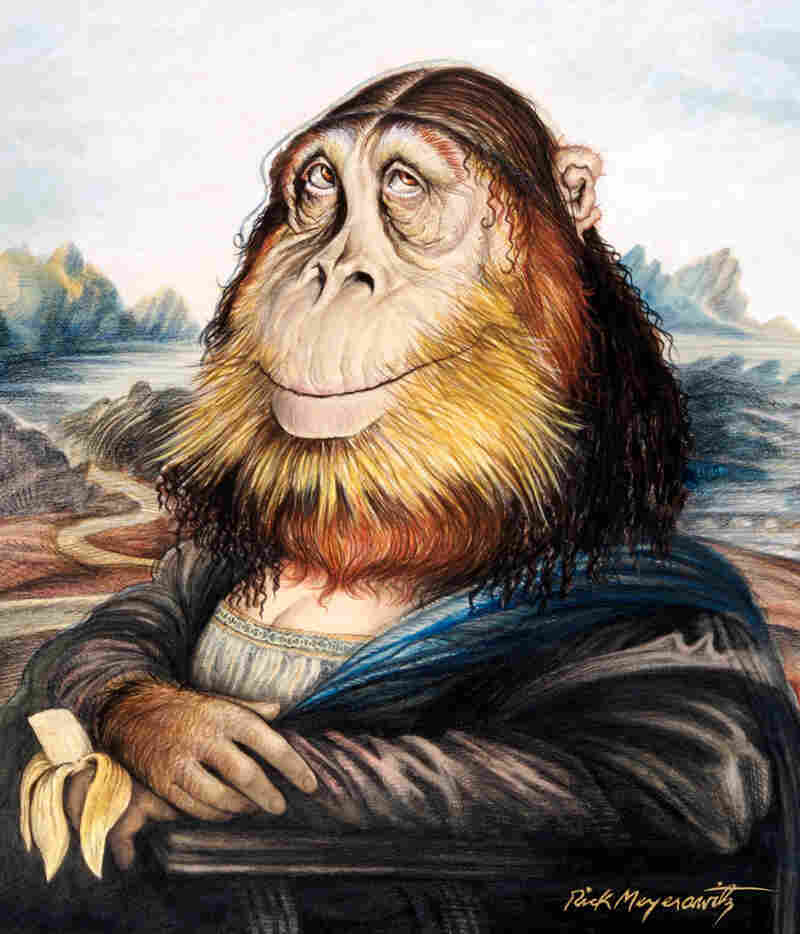 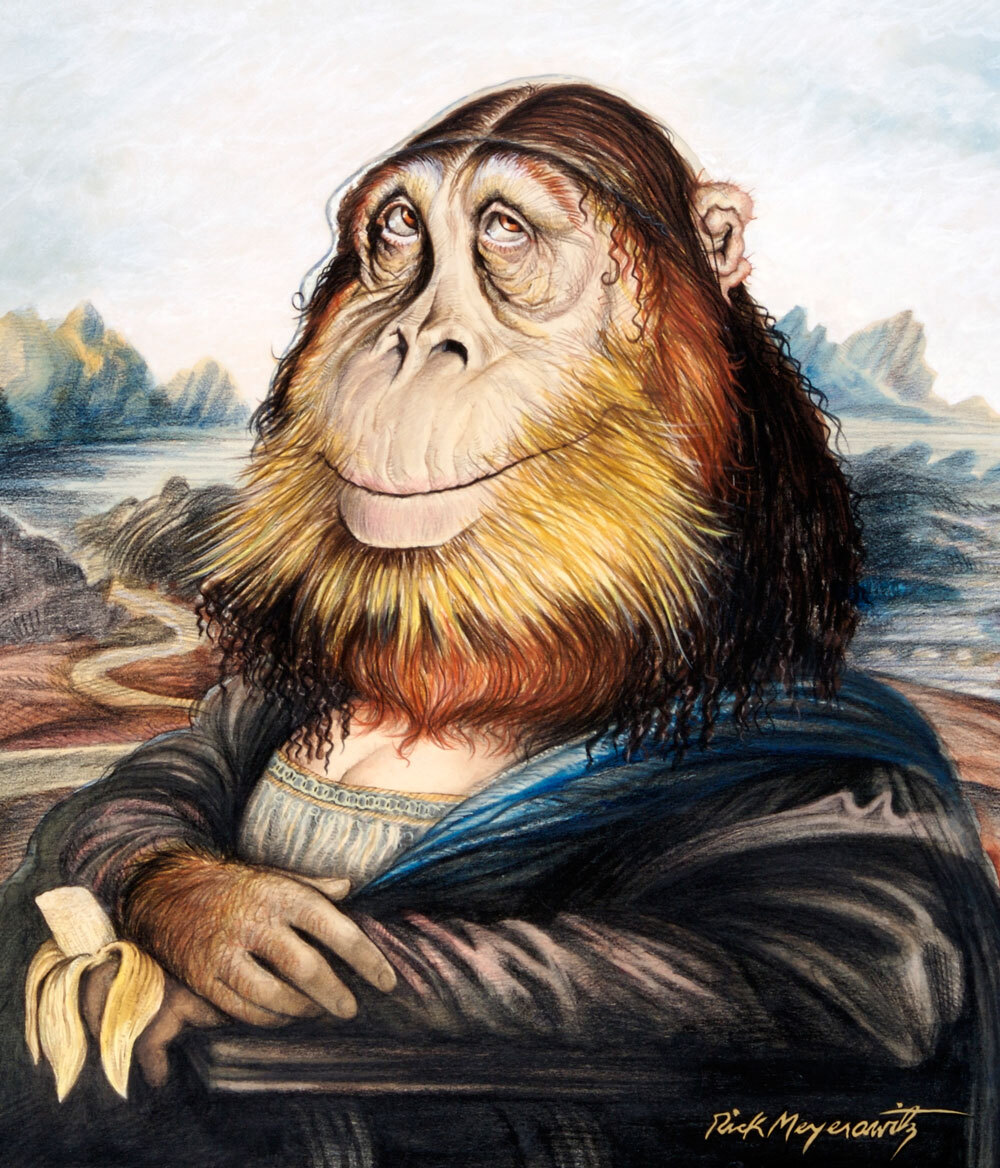 Rick Meyerowitz's The Mona Gorilla was featured on the cover of the National Lampoon's March 1971 issue.

In the spring of 1970, a daring new product from alumni of the Harvard Lampoon appeared on American newsstands. It was called the National Lampoon, and it mixed the satire of MAD magazine with a dose of sex and drugs for a combination that helped launch the careers of its contributors.

Artist and writer Rick Meyerowitz was one of those contributors. He's collected the best of the magazine's first decade -- a period he views as the Lampoon’s golden age -- in an illustrated book called Drunk Stoned Brilliant Dead.

Meyerowitz tells NPR's Robert Siegel that while National Lampoon's founders aimed to offer snarky, comedic content through the parody of everyday life, that parody was meant to do more than just entertain.

"The conversation was: 'What can we say that is going to bring down the roof on the house of pretensions all around the country?' " he says. 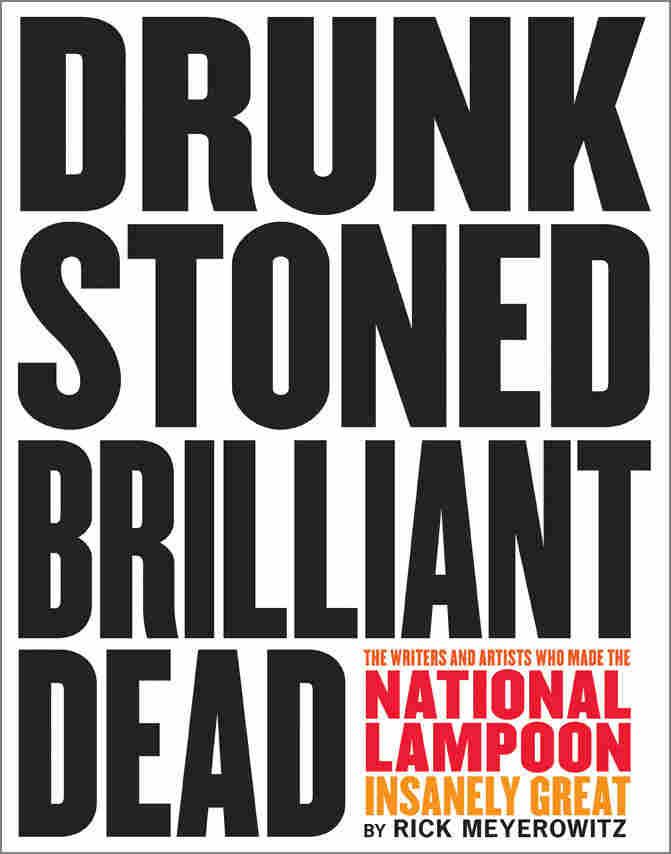 Turns out, they could say a lot. Lampoon took aim at everything from the Ku Klux Klan to the Yellow Pages to the New York state bar exam.

In one well-known feature called "Law of the Jungle," Lampoon co-founder Henry Beard wrote a set of laws for animal life in the technical legal terminology of humans. The feature fleshes out complicated concepts like the "Freedom to Screech" and precedent-setting cases like Tyrannosaurus rex vs. North American Ice Sheet.

"It drove the copy editor nuts," Meyerowitz says. "She wrote an essay for this book about copy editing this article, and she says: 'I knew no law and I knew no Latin' -- and there's a lot of Latin in this piece -- 'by the time I was finished with "Law of the Jungle," I wasn't sure if I knew any English.' "

The magazine's staff worked tirelessly to execute complicated features like "Law of the Jungle" with sharp and nuanced humor -- and that dedication is something Meyerowitz wanted to recognize.

"The thing that I felt needed to be said in this book was not just how funny these people putting this magazine together and starting this magazine were, but how smart they were," Meyerowitz says. "It was a kind of stunning thing to be around."

According to Meyerowitz, the Lampoon’s material began to decline as early as 1978, when National Lampoon’s Animal House first hit movie theaters and Lampoon-style comedy became widely available outside of the magazine. 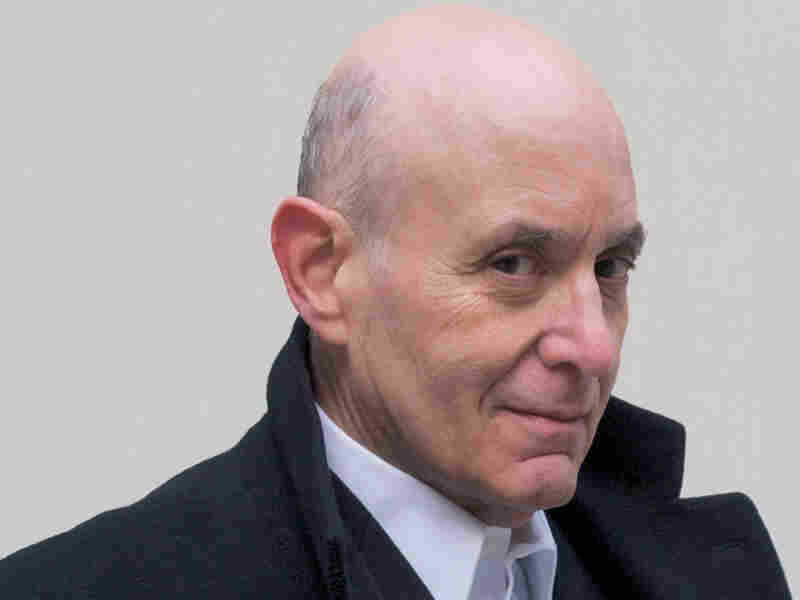 "What Animal House gave the culture was this heavy dose of Lampoon humor," he says. "It weakened the magazine somewhat, and in searching around for ways to bring in readers, they maybe cheapened some of the content."

Meyerowitz says that by the time the magazine was nearing its end in 1990, it was mainly nudity -- but he wanted to remember it for its beginnings as a smart magazine that left its mark on both American culture and its contributors.

"It was electric," he says of his time at the Lampoon's offices. "It was like putting your hand on some thrumming, giant electric cable … there was a sense of 'We're in this together' -- and 'that was pretty great.'" 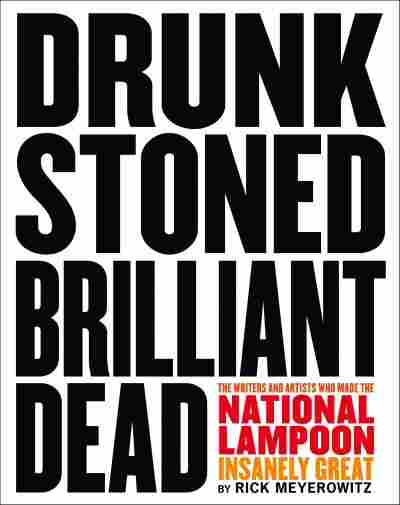