Accessibility links
The 'Inside Job' Behind An Economic Nightmare Inside Job is an efficiently designed, powerful documentary that examines the causes behind the 2008 financial collapse. New angles keep the film from being a rerun of the media coverage, and personal interviews add depth. (Recommended)

The 'Inside Job' Behind An Economic Nightmare

The 'Inside Job' Behind An Economic Nightmare 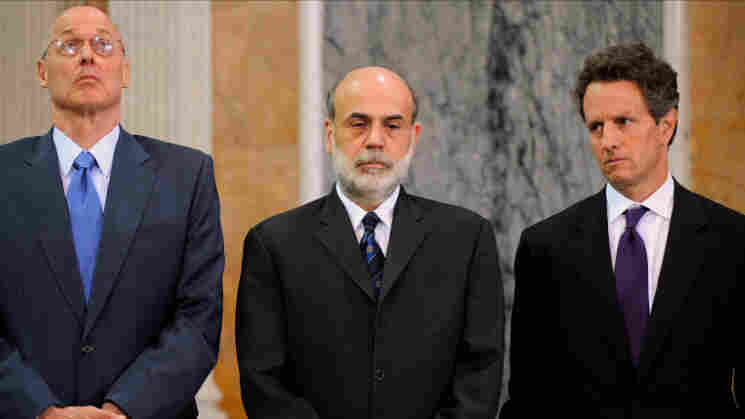 Henry Paulson (former U.S. secretary of the Treasury; from left), Ben Bernanke (chairman of the Federal Reserve) and Timothy Geithner (current Treasury secretary and former president of the Federal Bank of New York) are among the financial-industry veterans featured in Inside Job. Representational Pictures/Sony Pictures Classics hide caption

'A2 Within Days Of Failing'

'The Need To Reform'

Clarity and efficiency may not be the sexiest of cinematic virtues, but in Inside Job -- Charles Ferguson's rip-roaring, Wall-Street-damning documentary about 2008's global financial meltdown -- they sure prove powerful tools. Oliver Stone took the better part of an hour In Wall Street: Money Never Sleeps to make you indignant about the schemers who dreamed up credit default swaps, but pretty much any 30 seconds of interview footage in Inside Job will make you want to throttle the nearest banker, broker or economic analyst.

Ferguson begins with a cautionary tale: Plucky little Iceland, land of volcanoes, hot springs and a blissfully stable economy, foolishly deregulating its banking system, allowing massive borrowing and experiencing a national meltdown -- a pristine, easily comprehended case of no checks/no balances leading to no paychecks/no bank balances. Then the filmmakers explore how something remarkably similar was allowed to happen in a more complicated way in this country.

Those who followed media coverage of the crisis as it was unfolding, or who remember Reagan-era savings-and-loan scandals, Clinton-era rule-shredding, and the derivatives-bingeing and subprime-bundling popular during the Bush administration (Ferguson is nothing if not an equal-opportunity castigator) will experience some of Inside Job as a refresher course-cum-history lesson. Still, the filmmaker keeps finding comparatively unexplored niches in the story -- asking tenured Ivy League pundits, for instance, why their corporate-lecture-circuit fees haven't raised conflict-of-interest issues either with their universities or with the government bureaus and media outlets that turn to them. 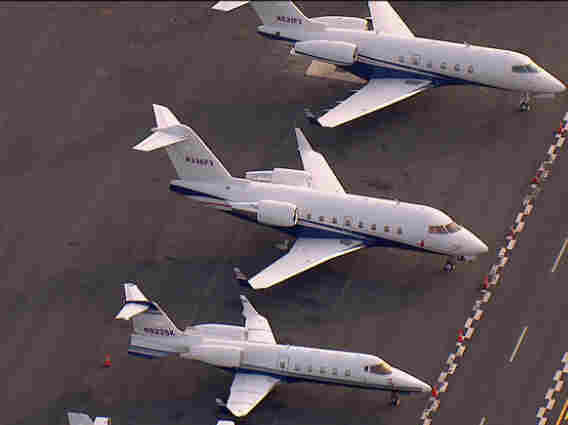 A number of the film's talking heads, evidently unused to being challenged, prove their own worst enemies, sometimes even asking that Ferguson turn off his camera when they founder. It's reasonable to ask if the folks the film comes down hardest on are any more to blame than the unchecked system they're working within, but given the enormity of the economic collapse, there's presumably blame enough to go around.

As the film lays out the missteps of regulators, the greed of arbitragers, the hubris of hedge-fund managers, and the ineffectual showboating of politicians, it's hard not to wish it were opening in more than two theaters this weekend -- especially since that far squishier Wall Street sequel opened in thousands. Ferguson hasn't much confidence in the notion that the perpetrators can somehow be got rid of. At least not through politics, given that the Obama administration recruited its economic advisers from the very crowd that helped create the disaster. Sheer embarrassment might have an effect, if enough people were to see Inside Job. They won't, so it won't. Still, it's nice to dream. (Recommended)