Accessibility links
Barenaked Ladies On World Cafe : World Cafe The Canadian rock band bares all with a totally revamped style on its latest album. Looks like longtime fans will be more than satisfied after the wait. Hear the band perform new songs from the album (as well as some old ones), live in Philadelphia.

Barenaked Ladies bare all with a totally revamped style on the band's latest album, All In Good Time. After forming back in 1988 as a duo featuring Ed Robertson and Steven Page, the group quickly grew into a popular award-winning rock group. Known primarily for the hit "One Week," the song landed the band everywhere from magazine covers to Ben & Jerry containers. With energetic performances that embodied the same sense of comedy, the Canadians were drawing in audiences by the buckets. 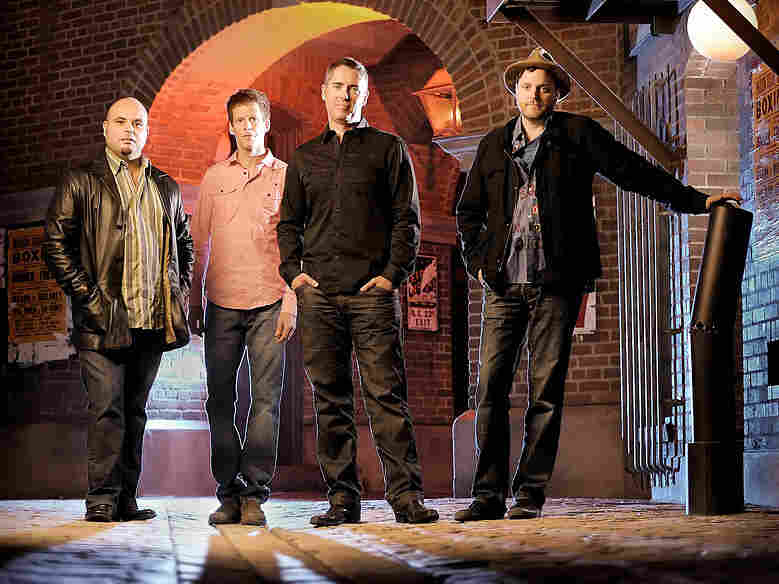 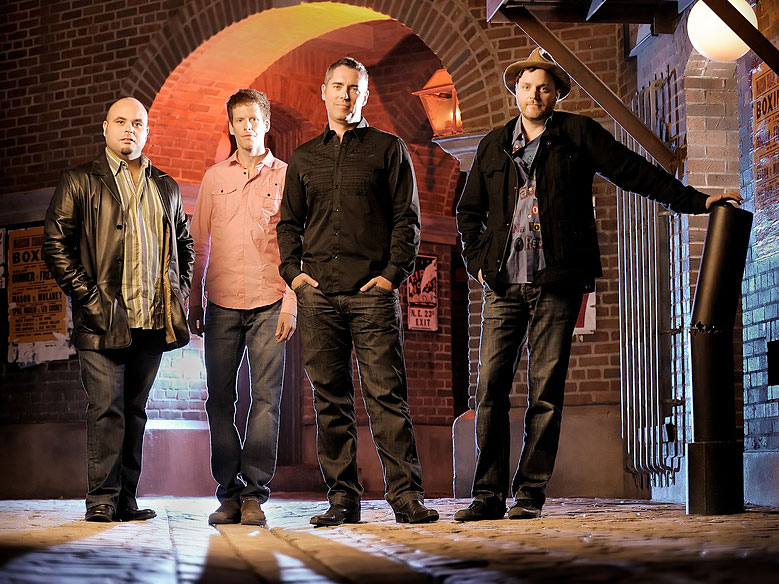 Despite the initial success, the following years proved to be turbulent. Members shuffled in and out, concert tours either soared or flopped, so the band decided to take time off. According to Robertson, the group had more time and space to breathe and work on new material.

With a new lineup featuring Robertson, Jim Creeggan, Kevin Hearn and Tyler Stewart, the BNL pounded out 14 bold tracks on All In Good Time. Though the songs sound approached with a light-heart, there is a stronger sense of reflection and emotion poured. Looks like longtime fans will be more than satisfied after the wait.