Accessibility links
Movie Review - 'Douchebag' - Amid The Brotherly Hate, A Few Harsh Truths When Sam's fiancee forces him to reunite with his estranged brother, Tom, the two men begin a journey to find Tom's fifth-grade girlfriend. Along the way, Sam must try to deal with the knowledge that he's a total jerk -- a development played convincingly, and even movingly in Drake Doremus' film. (Recommended)

Brothers On A Road Trip, Hashing Out Their Issues

Brothers On A Road Trip, Hashing Out Their Issues 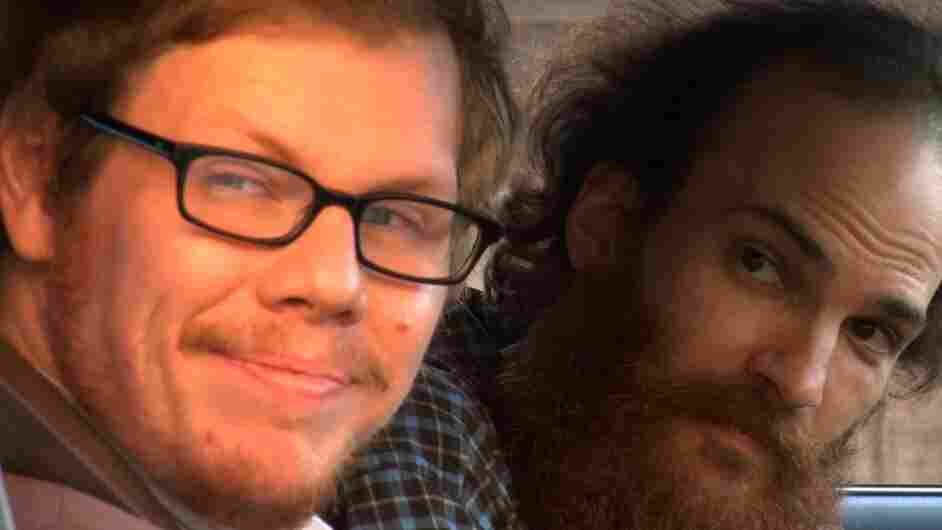 Bonding, Or Not: Ben York Jones and Andrew Dickler star as Tom and his controlling, insensitive older brother, Sam. The two find themselves struggling with old issues during a road trip. Paladin hide caption

Sam Nussbaum, the jerk in the belligerent title of Drake Doremus' new comedy, is a rail-thin Angeleno with sparse black hair atop his head and an angry red beard cascading from his chin. Persuasively played by Andrew Dickler, who also edited the film with Doremus, Sam is an aggressive vegan who bikes to work, where he does something laudable with plants. Meanwhile his imminent marriage to warm, doe-eyed Steph (Marguerite Moreau), the alt-SoCal equivalent of a trophy wife, puts him right on track for a secure and clean-living future.

Except there's that odd something underlying Sam's smug calm, a Kool-Aid gleam in his deep-set eyes that signals ... intransigence, perhaps? A fanatical temperament? Pure panic? What I'll say is this: Steph surprises her groom by dragging his estranged younger brother Tom (Ben York Jones) to Los Angeles for the wedding, and we find out what ails Sam at roughly the same time he and the chubby, sweetly rumpled Tom do: when they take off on an ill-advised road trip around Nowheresville, Calif., to track down Tom's fifth-grade sweetheart -- one Mary Barger, whom he hopes to bring to the wedding as his date.

The film's fraternal ill-will, if that's the term for such a fatally unequal contest, is loosely based on the relationship between Dickler and Doremus. All I can say is that I hope the two worked it out, for though their collaboration is billed as a comedy, it'll be a painful one for anyone who has ever been held hostage by an older sibling pulling rank. Oscillating between passive aggression and open hostility, Sam browbeats and hectors his seemingly pliable brother, belittling his artistic talent and controlling his every move. So relentless is Sam, and so accommodating is Tom, that before long we're on our knees, begging for a family secret to redress the imbalance of power.

That secret comes, but not before the brothers have located several Mary Bargers and gotten blind drunk together in a seedy motel room, and not before several of Sam's false fronts have blown away like chaff in a breeze. As talky as the film is -- Doremus wrote the giddily garrulous script with Lindsay Stidham, leaving room for heavy improvisation -- the movie's most significant telling is done when its blowhard protagonist shuts up and the camera pulls back, to show Sam running beside a speeding train (a heavy symbolic hand there, but it looks great) or Tom skating around a rink, his hand in that of a lovely blond and his face naked with hope. Or the two brothers driving through the night, probably talking abut nothing important. 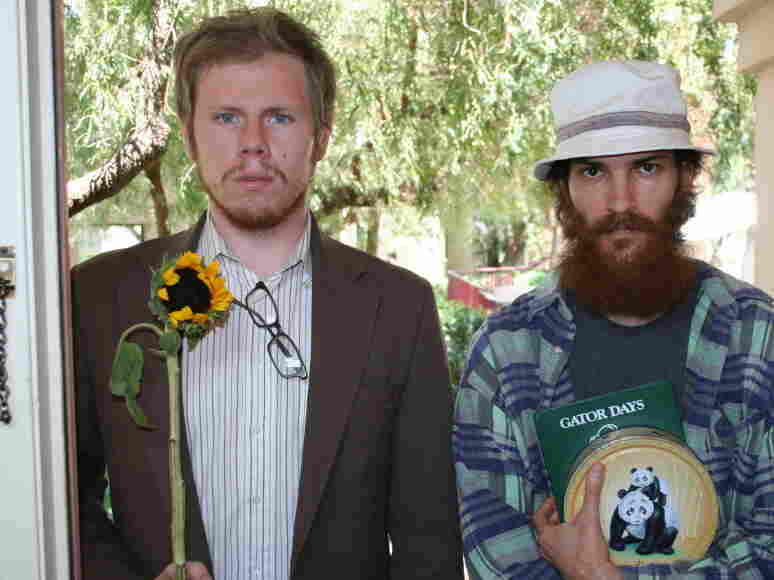 On a quest to find Tom's fifth-grade crush, the two brothers take several wrong turns — and the chance to work their own problems out. Paladin hide caption

The project has all the trappings of a young man's breakout indie film, with its copious hand-held footage breaking into pointless but pleasurable kinesis with groovy electronica on the soundtrack. Doremus tidies up, rather too quickly, an emotional mess that's built on years of competitive resentment and guilt, and his psychic revelations will astound no one who's seen a bit of life after college; we know by their graduate-student furnishings alone that these people are unready for life in the grown-up lane.

Yet Douchebag has the intensity and taut circularity of a short story told with economy and style. Subtly shifting among points of view, Doremus asks us to experience not only what it feels like to be on the receiving end of Sam's implacable power trips but what it feels like to inflict them when you know you're full of crap and teetering on the verge of cracking up.

In most jackass movies, the jerk either stays in character or has a character-transforming epiphany. Here you get to watch the lead go slowly off the rails while staving off the panic that comes with facing the truth. And as just about anyone in this engaging movie might say, it's awesome.