Accessibility links
Movie The title character's tomcatting ends when an enraged father relieves him of his manhood. Then unexpected fatherhood, in the form of a paternity suit from an unhinged woman, sets him on the path to maturity. Patrick Wilson's performance is refreshing for its total lack of vanity, but the film is a mismatched wreck. 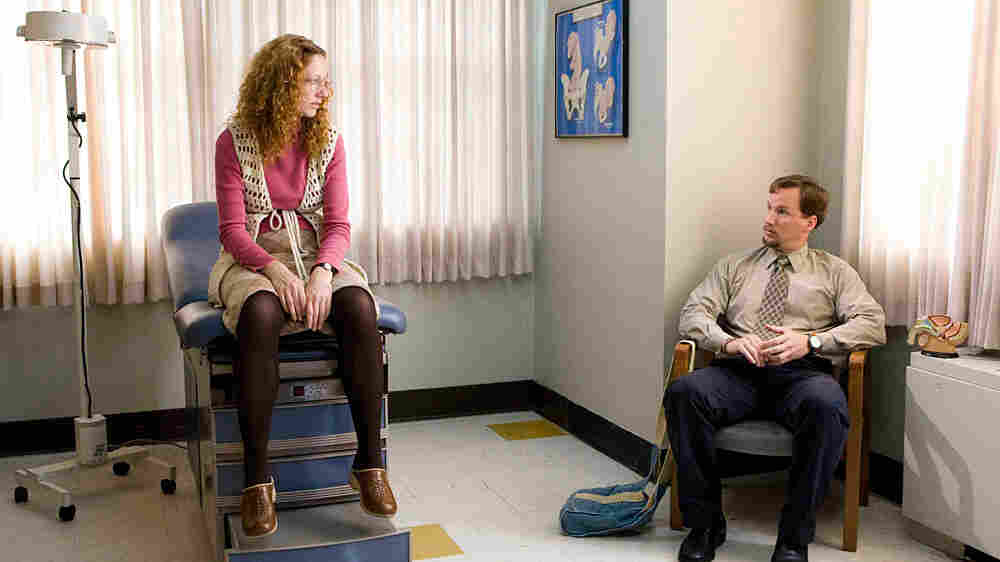 When the (literally) emasculated ex-womanizer Barry Munday (Patrick Wilson) hears that Ginger (Judy Greer) is expecting his impossible child, he sees fatherhood as a shot at recovering his manhood. Magnolia Pictures hide caption 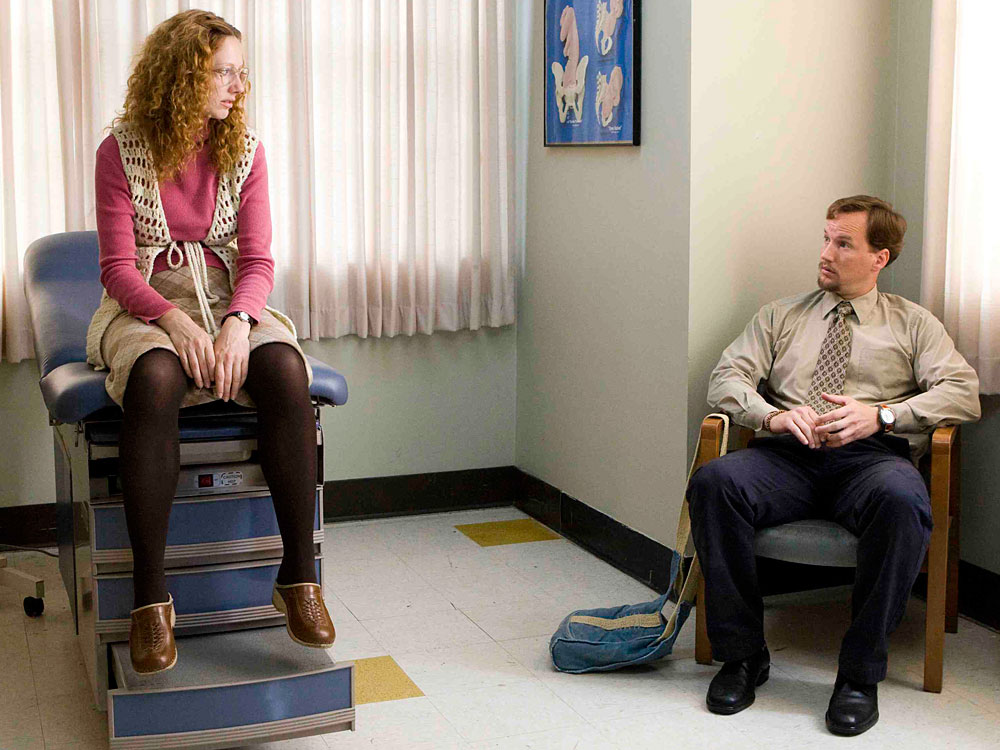 When the (literally) emasculated ex-womanizer Barry Munday (Patrick Wilson) hears that Ginger (Judy Greer) is expecting his impossible child, he sees fatherhood as a shot at recovering his manhood.

It's funny to imagine the pitch meeting that brought Barry Munday, a deeply off-putting independent comedy, from page to screen: How do you sell a sane producer on the premise of a womanizer who loses the family jewels to the business end of a trumpet, then finds out he's going to be a father?

"It's like Knocked Up without the testicles!" writer-director Chris D'Arienzo must have announced optimistically, only to find to his astonishment that the man behind the desk was whipping out his checkbook. Independent filmmakers take heart: Not every door will slam on your craziest, most commercially dubious ideas.

Adapted from Life Is A Strange Place, a novel by Alabama lawyer turned author Frank Turner Hollon, Barry Munday doesn't score too many jokes off its hero's physiological quandary, but the spirit behind the castration-by-trumpet scene follows it like a rank odor. Quirky and grotesque, the film plays like a curdled Mike Judge comedy, marinating in the banal lives of tacky, abrasive, classless yokels and trying to pass it off as an "affectionate" slice of life. It takes place in a world where singles congregate in sad little tiki bars and happy hours at Chili's, where if a woman nurses too many umbrella-garnished cocktails she might be susceptible to a cheeseball with a thin goatee and a cowlick.

Wilson's Barry even supports Ginger (Greer) through a home water birth with the family (Jean Smart, left, and Chloe Sevigny) in attendance.

Taking a break from being the handsomest guy in the room, Patrick Wilson stars as the eponymous cheeseball in question, a carefree bachelor who specializes in regrettable one-night stands. When Barry sweet-talks the wrong (underage) girl into pleasuring him at a movie theater, the girl's father puts a swift and violent end to his tomcatting ways. Shortly after he leaves the hospital, Barry gets a note from an attorney representing Ginger Farley (Judy Greer), a deranged woman who's naming him in a paternity suit. To Ginger's surprise, Barry eagerly embraces the notion of being a father and slowly wears down her defenses.

Barry Munday raises the question, "Does a man without testicles make a better father?" For Barry, the road to maturity only starts when he doesn't have to think about getting laid all the time. He's eager -- overeager, really -- to learn from the obstetrician and support Ginger in every way he can, from telling her she's beautiful to acquiescing to a water birth in what looks like an inflatable kiddie pool in the middle of her living room. And though he can't resuscitate gags that are dead on arrival, Wilson plays Barry with a puppy-dog eagerness that's refreshing in its total lack of vanity.

As Ginger, however, Greer is a nightmare, amplifying the ugliness of a character whose sour frumpiness is already reflected in her electroshock frizz, Coke-bottle glasses and formless, gaudy wardrobe. It's natural for Barry's sort of exuberance to hit some resistance, but D'Arienzo lets Greer overplay it so badly that Ginger comes across as irredeemably, almost inhumanly nasty. Add to that the egregious stunt casting -- Cybill Shepherd and Malcolm McDowell as Ginger's parents, Chloe Sevigny as her more glamorous sister, Billy Dee Williams as Barry's boss -- and Barry Munday clashes as violently as its retro-patterned sweaters and hideously ornate wallpaper. When a castration scene is far from the hardest thing to watch in a movie, that's saying something.