Accessibility links
First Listen: Belle And Sebastian, 'Write About Love' As might be expected of masterful lyricists like Stuart Murdoch and his bandmates, Belle and Sebastian's eighth studio album isn't a collection of straightforward love songs. Instead, it peruses a wider array of relatable themes, exploring past, present and future lovers, life, religion and financial hardship. Hear the album in its entirety here until its Oct. 12 release. 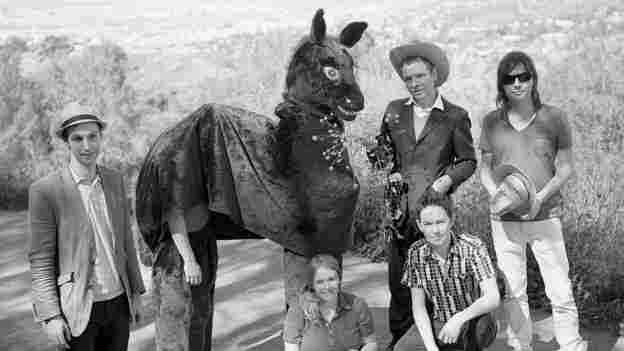 Belle and Sebastian. courtesy of the artist hide caption 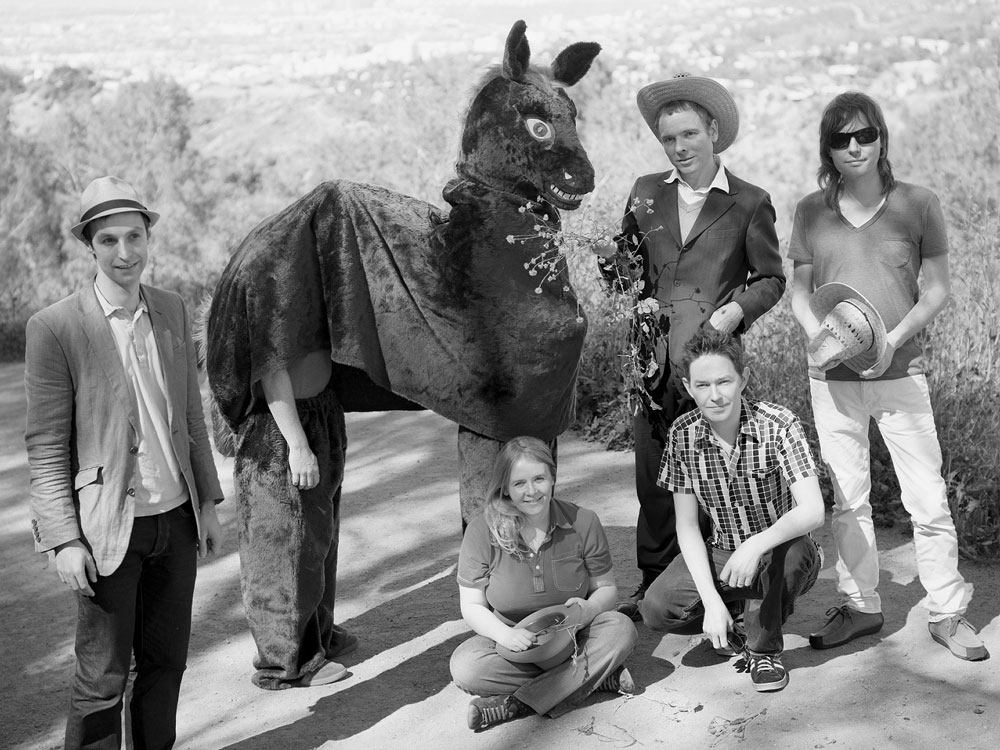 In its almost 15-year career, Belle and Sebastian -- the Scottish band led by singer-songwriter Stuart Murdoch -- has built a cult-like following. It's seen its fan base balloon in recent years, with two songs featured in the 2007 indie film Juno following the release of the band's most commercially successful album to date, 2006's The Life Pursuit. The album marked Belle and Sebastian's first collaboration with producer Tony Hoffer, and continued the group's progression toward a poppier, more polished sound.

On Write About Love, Belle and Sebastian's first album in more than four years, the band teams up with Hoffer for a second time. As one might expect from masterful lyricists like Murdoch and his bandmates, Write About Love isn't a collection of straightforward love songs. Instead, it explores a wider array of relatable themes, exploring past, present and future lovers, life, religion and financial hardship.

The album opens with the piano-driven "I Didn't See It Coming," which features the airy vocals of multi-instrumentalist Sarah Martin. The song is hopeful, with love conquering even an empty wallet, but an air of melancholy runs throughout the entirety of Write About Love -- including in standout tracks like "I Want the World to Stop" and "The Ghost of Rockschool."

In addition to sharing lead vocal duties with Martin, Murdoch hands the reins over to guitarist Stevie Jackson in the 1960s pop throwback "I'm Not Living in the Real World." Unlikely guests appear throughout the album, too. Oscar-nominated actress Carey Mulligan (An Education) sings the chorus in "Write About Love," the record's lead single. And Norah Jones trades verses with Murdoch in "Little Lou, Ugly Jack, Prophet John." Jones fits surprisingly well into the Belle And Sebastian equation, although at times it becomes difficult to distinguish who's guesting on whose record. Write About Love may not feature the pop-driven songs newer fans had come to appreciate on recent albums, but it's a return to the intimacy of Belle and Sebastian's early work.

Write About Love will stream here in its entirety until its release on Oct. 12. Please leave your thoughts on the album in the comments section below.