Accessibility links
Movie Review - 'Let Me In' - Same Vampires, More Sentiment A serviceable adaptation of the creepier Swedish original -- in which a lonely, bullied boy befriends a girl who's really a vampire -- Matt Reeves' film adds some nice touches, but doesn't quite have the style of the first version. 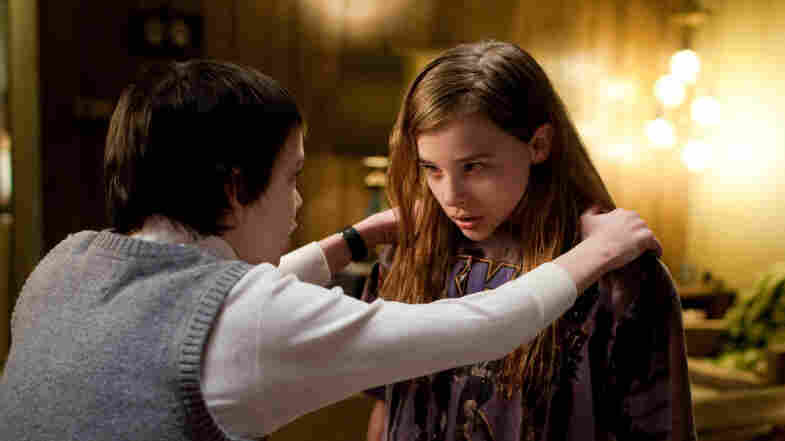 'Are You A Vampire?'

Stylish and effectively creepy, if mostly secondhand, Let Me In may bewitch moviegoers who didn't see its Swedish predecessor, Let the Right One In. Cloverfield director Matt Reeves' cinematic renovation doesn't make any significant improvements, but it's a reasonable English-language substitute for the chillier, less sentimental original.

Relocated from a Stockholm suburb to Los Alamos, N.M., the remake is set in the same season (winter), era (the early 1980s) and place in the color spectrum (blue). The premise is identical: A 12-year-old boy, bullied at school and neglected by divorcing parents, meets a girl of the same age who's just moved into the apartment next door. "I can't be your friend," Abby (Kick-Ass's Chloe Grace Moretz) tells Owen (The Road's Kodi Smit-McPhee).

Why not? Reeves begins partway through the story and then flashes back, so by the time we watch Abby introduce herself to Owen it's clear that she's not just a home-schooled loner. She walks barefoot in the snow and sleeps all day in an apartment barricaded against light, and the grim, disheveled man who might be her father (Richard Jenkins) goes out at night to collect human blood. But he won't for much longer.

After one of the man's serum-scavenging forays goes wrong, Abby is left without anyone to protect her from hunger, sunlight and the cop (Elias Koteas) who's investigating strange deaths in the town that brought us the A-bomb. But Abby still has the (superhuman) strength to handle the four boys who are tormenting Owen. If the two kids can't be friends, they certainly have the makings of a partnership.

The director adds some nice touches, such as depicting Owen's alcoholic, evangelical Christian mother as a ghostly near-presence. (She's almost as negligible as the grown-ups in a Peanuts TV special.) He also neatly captures a frantic getaway attempt in a single take, an almost-slapstick sequence that's shot from a careening car's back seat, and pulls the viewer into the action. 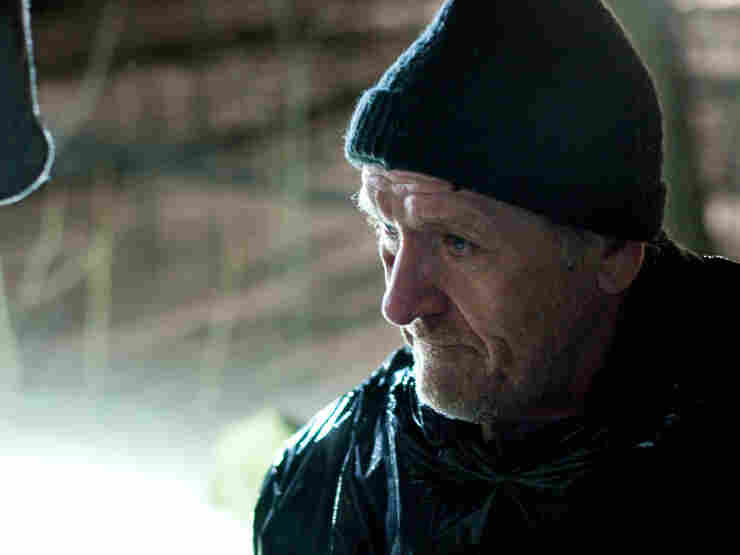 The original movie, adapted from John Ajvide Lindqvist's novel by director Tomas Alfredson, was inclined to keep its distance. Unsurprisingly, Let Me In is more in-your-face, demanding emotional responses with closeups of Owen's teary visage and brazen musical cues. (These include a boys' choir and such on-the-nose '80s hits as Culture Club's "Do You Really Want to Hurt Me?") The new movie is also more explicitly lurid and gory.

Reeves closely emulates Alfredson's reticent style, yet doesn't quite trust it. So he adds unnecessary bits of commentary, including a moment when Owen's class watches Romeo and Juliet. (Owen and Abby are star-crossed, see?) In the first film, adults could be heard discussing the Soviet threat; in this one, Ronald Reagan's "Evil Empire" speech appears repeatedly on TV.

"There is evil in the world," Reagan intones solemnly. But this is hardly a meditation on right and wrong. The deliberate pace may suggest that the film is being thoughtful, but Let Me In is really just an exploitation movie with the confidence to take it slow.