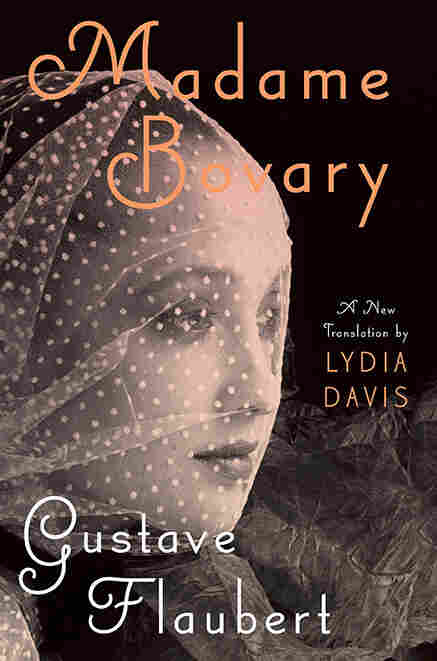 How tickled Madame Bovary herself would be by the latest homage paid to her -- a feature in the September issue of Playboy magazine! For the "original desperate housewife," as she's been called, the knowledge that she's the object of the collective male gaze might have relieved some of the dismal boredom that characterized so much of Emma Bovary's provincial life. Of course, what the Playboy connoisseurs are surveying is not Madame Bovary's fine form, nor her much-commented-upon smooth bands of black hair or great dark eyes.

For a translator, even one as renowned as Lydia Davis, Flaubert, the great apostle of le mot juste -- using exactly the right word -- must surely be the Matterhorn of authors.  As Davis says in the introduction to her translation, Flaubert created Madame Bovary through a process of ruthless pruning: sometimes, he would report in letters to his mistress, a weeks' worth of hard labor would result in one meticulous page. "To be simple," wrote Flaubert, "is no small matter." Repetitions of words, sounds and even letters annoyed him, particularly so in this emotionally radical novel where so much depends on style alone.

For what's really scandalous about Madame Bovary -- besides the infidelity plot for which it was put on trial for obscenity when it was first serialized in 1856 -- is its absolute demolition of sentiment. Madame Bovary is the rather uneventful fictional biography of a shallow young woman. Her baby daughter doesn't interest her, her lovers are manipulative cads, and her husband, Charles, is the quintessential amiable boor. Flaubert writes that "Charles' conversation was as flat as a sidewalk, and everyone's ideas walked along it in their ordinary clothes, without inspiring emotion, or laughter, or reverie." With a message and cast of characters this unsympathetic, Flaubert had to depend on his language to keep readers engaged and to elicit responses of ironic laughter, scorn, and, occasionally, pity.

Davis says Madame Bovary has been translated into English some 11 times, but despite the fact that Flaubert was Mr. Style, she maintains that many of those previous translators ignored his zest for linguistic precision and that's what she's trying to restore in this new edition. I'm not qualified to judge the accuracy of her translation, but I am grateful to Davis for luring me back to Madame Bovary and for giving us a version that strikes me as elegant and alive.

Two things overwhelm me about the novel on this rereading: The first is just how unrelenting Flaubert is in his contempt for sentimentality. Well over half a century before Hemingway gave us the signal cynical phrase of the 20th century -- "Isn't it pretty to think so?" -- Flaubert was carpet-bombing the maudlin and the mawkish. When Rodolphe, Madame Bovary's first lover, leaves her after their initial formal meeting he thinks to himself, "Poor little woman! That one's gasping for love like a carp for water on a kitchen table."

The other marvel about Madame Bovary is just how current it is in its assessment of the dangers that can result from blurring the lines between reality and fantasy. By dramatizing the effects of fantasy on a susceptible mind, Flaubert counters the laxity of our own age where reality TV reigns and it's considered unsophisticated to expect clear demarcations between autobiography and fiction.

Madame Bovary is literally destroyed by reading; over and over we hear about how she tries to model her life on the romantic novels she devours. Flaubert writes:

Before her marriage, she had believed that what she was experiencing was love; but since the happiness that should have resulted from that love had not come, she thought she must have been mistaken. And Emma tried to find out just what was meant, in life, by the words 'bliss,' 'passion,' and 'intoxication,' which had seemed so beautiful to her in books.

The great achievement of Flaubert's novel -- of his "clear as a marble" prose, presented to us anew in Davis' translation, is that at the same time we're scoffing at Emma Bovary's naivete, we're also feeling ourselves drawn deeply into her tragic story, susceptible to the same powerful pull of fiction that is her undoing.

We were in Study Hall, when the Headmaster entered, followed by a new boy dressed in regular clothes and a school servant carrying a large desk. Those who were sleeping woke up, and everyone rose as though taken by surprise while at work.

The Headmaster motioned us to sit down again; then, turning to the study hall teacher:

"Monsieur Roger," he said to him in a low voice, "here is a pupil I am entrusting to your care; he is entering the fifth. If his work and his conduct are deserving, he will be moved up to the seniors, as befits his age."

Still standing in the corner, behind the door, so that one could hardly see him, the new boy was a fellow from the country, about fifteen years old, and taller than any of us. His hair was cut straight across the forehead, like a village choirboy's, his manner sensible and very ill at ease. Although he was not broad in the shoulders, his suit jacket of green cloth with black buttons must have pinched him around the armholes, and it showed, through the vents of its cuffs, red wrists accustomed to being bare. His legs, in blue stockings, emerged from a pair of yellowish pants pulled tight by his suspenders. He wore stout shoes, badly shined, studded with nails.

We began reciting our lessons. He listened to them, all ears, as attentive as though to a sermon, not daring even to cross his legs or to lean on his elbow, and at two o'clock, when the bell rang, the teacher was obliged to alert him, so that he would get in line with us. We were in the habit, when we entered the classroom, of throwing our caps on the floor, so that our hands would be free; from the doorsill, we had to hurl them under the bench, in such a way that they struck the wall, making a lot of dust; it was the thing to do.

But either because he had not noticed this maneuver or because he had not dared go along with it, after the prayer was over, the new boy was still holding his cap on his knees. It was one of those head coverings of a composite order, in which one can recognize components of a busby, a lancer's cap, a bowler, an otter-skin cap, and a cotton nightcap, one of those sorry objects, indeed, whose mute ugliness has depths of expression, like the face of an imbecile. Ovoid and stiffened with whalebones, it began with three circular sausages; then followed alternately, separated by a red band, lozenges of velvet and rabbit fur; next came a kind of bag terminating in a cardboard-lined polygon, covered with an embroidery in complicated braid, from which hung, at the end of a long, excessively slender cord, a little crosspiece of gold threads, by way of a tassel. It was new; the visor shone.

"Stand up," said the teacher.

He stood up; his cap fell. The whole class began to laugh.

He bent over to pick it up. A boy beside him knocked it down again with a nudge of his elbow; he retrieved it again.

"Get rid of that helmet of yours," said the teacher, who was a wit.

There was a burst of laughter from the class that disconcerted the poor boy, so that he did not know whether he should keep his cap in his hand, leave it on the floor, or put it on his head. He sat down again and laid it on his knees.

"Stand up," said the teacher, "and tell me your name."

The same mumble of syllables was heard, muffled by the hooting of the class.

The new boy, summoning an extreme resolve, then opened an inordinately large mouth and bawled at the top of his lungs, as though shouting to someone, the word Charbovari.

Now an uproar exploded all at once, rose in a crescendo, with outbursts of shrill voices (they howled, they barked, they stamped, they repeated: Charbovari! Charbovari!), then continued in isolated notes, quieting with great difficulty and sometimes resuming suddenly along the line of a bench from which a stifled laugh would start up again here and there, like a half- spent firecracker.

However, under a rain of penalties, order was gradually restored in the classroom, and the teacher, having managed to grasp the name of Charles Bovary, having had it dictated to him, spelled out, and read back, at once commanded the poor fellow to go sit on the dunce's bench, at the foot of the platform. He began to move but, before going, hesitated.

"What are you looking for?" asked the teacher.

"My c…," said the new boy timidly, casting uneasy glances around him.

"Five hundred lines for the entire class!" The furious exclamation put an end, like the Quos ego, to a fresh squall. "Now, keep quiet!" continued the indignant teacher, wiping his forehead with the handkerchief he had just taken from inside his toque. "As for you, new boy, you will copy out the verb ridiculus sum for me twenty times."

"Come now! You'll find your cap; it hasn't been stolen!"

All was calm again. Heads bent over satchels, and for two hours the new boy's behavior continued to be exemplary, even though, from time to time, a pellet of paper fired from the nib of a pen came and splattered on his face. But he would wipe himself off with his hand and remain motionless, his eyes lowered. That evening, in Study Hall, he drew his cuff guards from his desk, put his little things in order, carefully ruled his paper. We saw him working conscientiously, looking up all the words in the dictionary and taking great pains. Thanks, no doubt, to this willingness he displayed, he did not have to go down into the lower class; for while he knew his rules passably well, he had almost no elegance in his constructions. It was the curé of his village who had started him on Latin, his parents, for reasons of economy, having delayed as long as possible sending him to school. 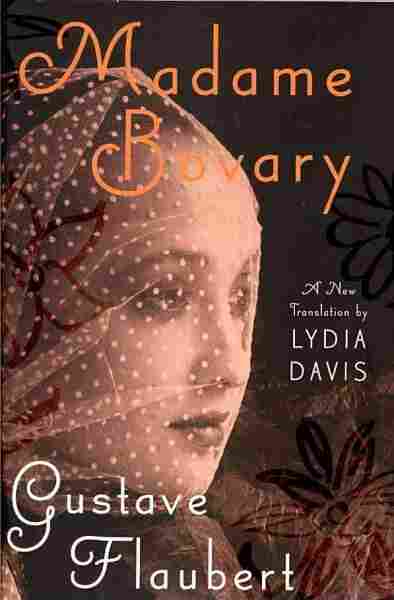 by Gustave Flaubert and Lydia Davis