Accessibility links
Is The Middle Class Falling Behind? The American middle class faced new economic pressures even before the recession. But despite concerns that middle-income workers are falling behind the wealthy, standards of living have generally been rising.

Living In The Middle: Falling Behind?

Living In The Middle: Falling Behind? 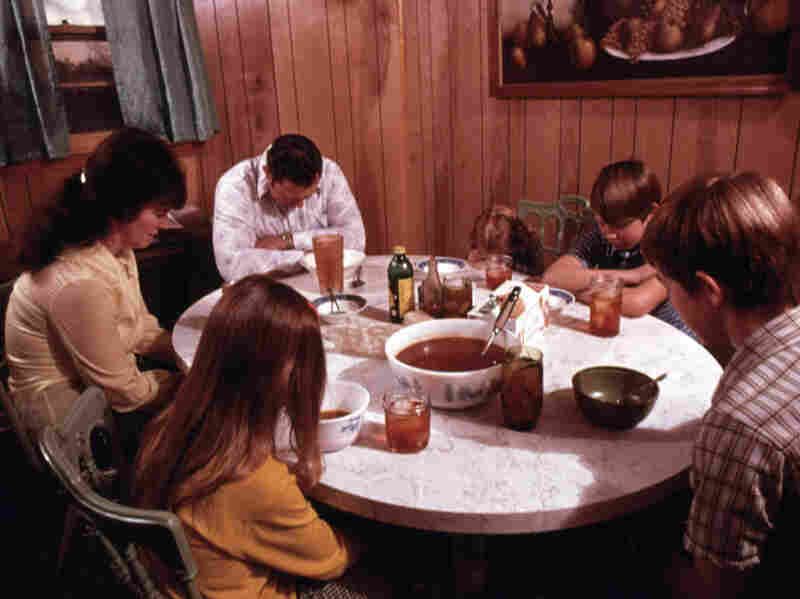 Is this a middle-class family? Is yours? Government agencies, academics and advertisers all use different criteria to describe the middle class. Jack Corn/National Archives hide caption 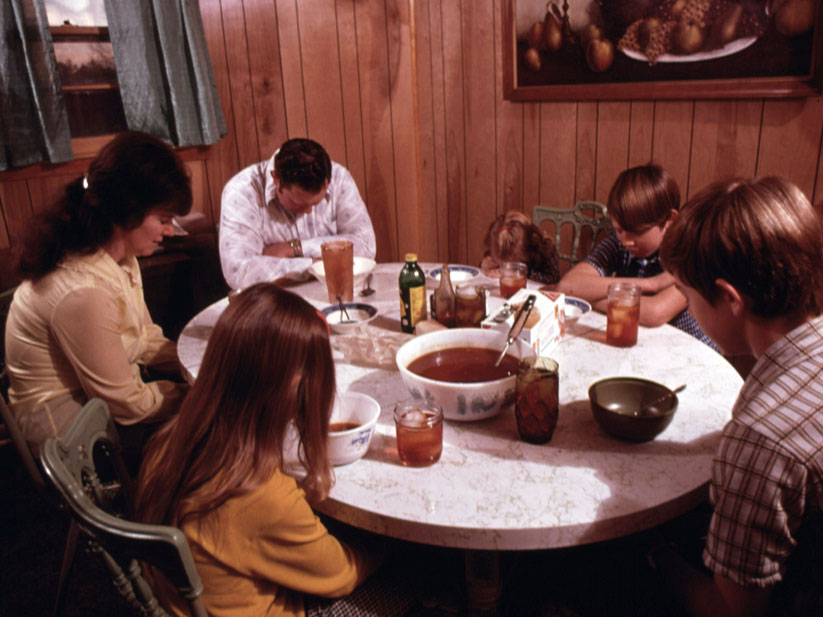 Is this a middle-class family? Is yours? Government agencies, academics and advertisers all use different criteria to describe the middle class.

The middle class is impossible to define but essential to the country. The overwhelming majority of Americans consider themselves to be part of the middle class, all but the very rich and the most poor.

"The reason everyone wants to be part of it is that the middle class have historically been viewed as the heroic people," says Kevin Leicht, a University of Iowa sociologist. "They have played by the rules and made most of their earnings by working hard at a job."

But Leicht is among a number of social scientists who believe that the middle class has been "squeezed," not just by the current economic doldrums but also by longstanding trends, such as rising household debt and college and health care costs.

"If you look at opinion polls about a range of economic issues, what you see is intense anxiety among Americans about their economic future and their ability to create opportunities for themselves and their children," says Paul Pierson, coauthor of Winner-Take-All Politics, a new book about inequality.

Despite the real pain caused by the recession, however, not everyone sees evidence that the middle class is falling short. Middle class incomes have gone up over the past 30 years, paying for a bonanza of consumer goods and bigger homes that point to improved standards of living, not diminished ones.

"The last 30 years have been a period of improvement, although slower and with new strains," says Lane Kenworthy, a professor of political science and sociology at the University of Arizona. "We've got a lot of real evidence that people tend to weigh strains much more heavily on their psyches than improvements, especially if improvements are slow and steady."

The notion that the mass of Americans can broadly share in the prosperity of the country has been deeply ingrained in the culture since colonial times.

This is the real meaning of "the land of opportunity." Not everyone could strike it rich, but it was reasonable to aspire to a comfortable standard of living that the next generation could match or exceed.

This is what brought waves of immigrants to these shores. It is the possible dream.

"It's the middle class that represents comfortable holidays, safe homes, cars and having your kids go to college," says Deborah Thorne, a sociologist at Ohio University. "Who wouldn't want to be middle class?"

Over the past 30 years, income inequality has risen -- the rich have gotten richer -- and middle-class income has not grown as rapidly as during the years immediately following World War II.

Still, creature comforts have improved. Things that were considered luxuries a generation ago are now widely available. Not only are houses much bigger on average, but they are also more likely to have multiple rooms filled with air conditioning, phones, Internet connections and bigger, gaudier televisions. The larger homes contain smaller families, with fewer children, making it easier to indulge.

Being middle class is not just about the things but a sense of financial stability.

"Even in the heart of the recession, the iPad could come out and Grand Theft Auto could sell 8 million copies," says Stephen J. Rose, a research professor at the Georgetown University Center on Education and the Workforce and author of Rebound, a 2010 book arguing that economic trends have been helping the middle class.

Government agencies, academics and advertisers all use different criteria to describe the middle class. But it's clear that people smack dab in the middle -- households making just under $50,000 -- have been hit hard by the recession. "The state of the middle class is bittersweet," Rose says.

People in the broad middle can afford plenty of goodies, he says, but they're not getting as big a share as the rich or the professional upper middle class. "They feel they don't have quite as much," Rose says.

A Sense of Stability

The middle class is not just falling behind in relative terms but also is being "hollowed out," says Thorne, the Ohio University sociologist.

Household goods may be more affordable and available, but the costs of some big-ticket items that practically define the middle class -- health insurance, college education for the kids -- have been shooting upward for years.

Fewer companies are offering health insurance or guaranteed retirement incomes. Stock market losses and the bursting of the housing bubble have eaten into the average American's net worth. Many people have very little cushion to fall back on, should they lose their jobs or suffer an illness that leads to uncovered medical expenses.

Schmitt says middle-class income may have improved over the past generation, but not over the past decade, when job creation was flat even before the recession.

Lane Kenworthy, a professor of political science and sociology at the University of Arizona

"Being middle class is not just about the things but a sense of financial stability," Thorne says. "I don't believe you can consider those people secure, stable members of the middle class, because they're so vulnerable if something happens."

That widely shared sense of anxiety -- made more intense by the recession -- "is reflected in the anger you see on both sides of the political extremes, both with the Tea Party and MoveOn.org," says Christian Weller, a public policy professor at the University of Massachusetts, Boston. "Underneath that anger is the incredible insecurity of the middle class."

President Obama's signature achievement -- the expansion of health coverage -- was designed to address this sense of insecurity. For many people, it has had the opposite effect, although that of course may change as it begins to take effect.

For now, while middle-class voters may not have suddenly grown more conservative, they do appear more skeptical about government's ability to address their deepest concerns, says Ruy Teixeira, a political analyst at the Center for American Progress, a progressive think tank. And he says they are receptive to the "limited government" arguments raised from the party not in power.

"People don't believe government, when it tries to address their problems, will get the job done," he says. "Republicans are surfing on that sense."

A Feeling of Increasing Pressure

Rose, the Georgetown economist, predicts that the economy will begin to turn around in time for the 2012 election, and that middle-class incomes will rise accordingly.

It's often hard to see past present conditions. Most postwar recessions were short and not deep, and recovery came quickly. "This one is not that," Rose says.

As a result, current economic problems, however long they last, have increased the economic pressure felt by much of the middle class.

"There's a general sense that people in the middle class have to work harder and longer to generate whatever upward mobility they can get," Teixeira says. "They're not exactly living in grinding poverty, but people feel pressed."