Accessibility links
Mich. Official Off Job After Targeting Gay Student An assistant attorney general is taking a leave of absence and has been barred from the University of Michigan campus. Andrew Shirvell opposes the school's student body president for promoting what he calls a "radical homosexual agenda." 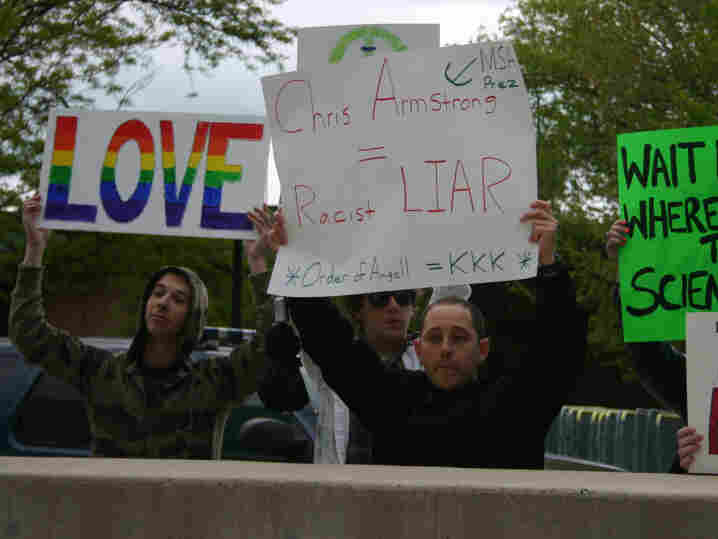 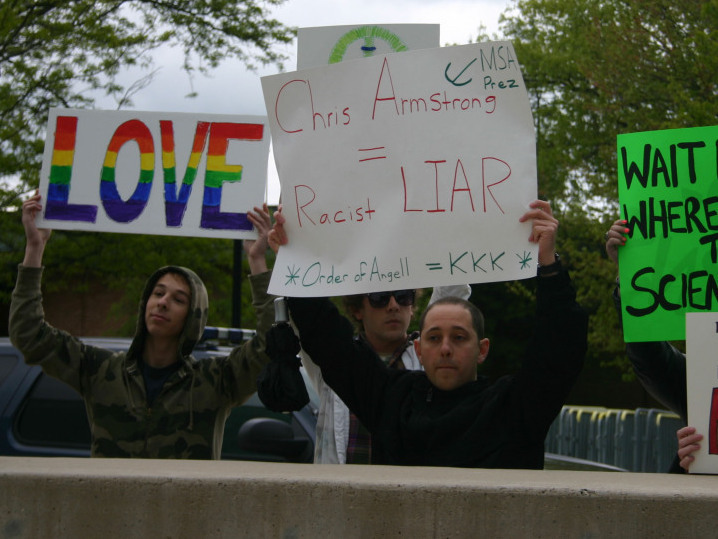 In Michigan, Assistant Attorney General Andrew Shirvell has taken a sudden leave of absence. This comes after the University of Michigan officially barred him from the campus. He has been threatened with arrest for trespassing if he returns.

Shirvell has been showing up at campus events to protest and taunt Chris Armstrong, the first openly gay student body president of the University of Michigan. Shirvell also wrote a blog called "Chris Armstrong Watch," devoted to the college senior, who majors in sociology.

Now, Shirvell is headed to court and could lose his job for his crusade against Armstrong.

Shirvell did not respond to NPR's request for an interview. But he did defend his actions on CNN.

"Chris Armstrong is a radical homosexual activist who got elected partly funded by the Gay and Lesbian Victory Fund to promote a very deeply radical agenda at the University of Michigan," he told CNN's Anderson Cooper. 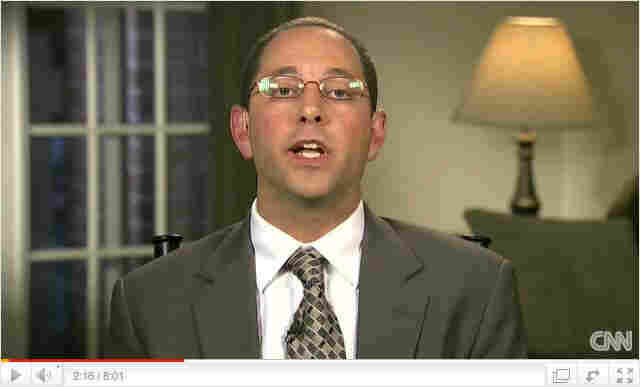 Among other things, Shirvell has published a picture of Armstrong online and digitally pasted a Nazi swastika over his face alongside the word "resign." Shirvell puts his words and deeds in the context of a political campaign. Political speech is protected with wide latitude to say and do things that might otherwise get a person in trouble.

"In any political campaign, you have to raise awareness and issues, and … one way of doing it is by protesting," Shirvell said on CNN.

Part of that "protesting" included staking out Armstrong's home and videotaping him at all hours.

Shirvell's boss is Michigan's Republican Attorney General Mike Cox. Cox initially said, as obnoxious as Shirvell's behavior seemed, there was nothing he could do about it. Outside of the office and off-hours, Cox said, his employee had free speech rights and civil service protection.

Now, Cox says he is taking a closer look at his employee's behavior. 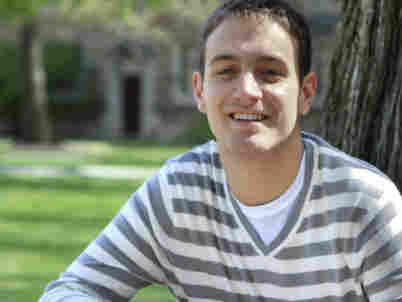 Chris Armstrong is the first openly gay student body president at the University of Michigan, where he is a senior majoring in sociology. Emily Locklear/Courtesy of PrideSource.com hide caption 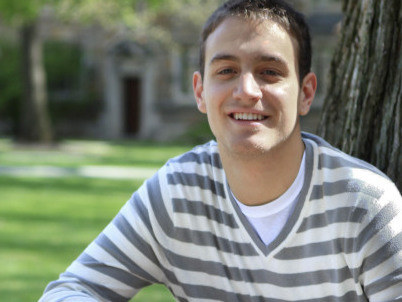 Chris Armstrong is the first openly gay student body president at the University of Michigan, where he is a senior majoring in sociology.

"I made a mistake … I should have been more diligent. Ultimately, that's all on me," Cox says.

"I was shocked. I knew he had political views of a certain bent, but reading the blogs ... [They] really aren't … in the conventional sense, political discourse. They're really these screeds attacking an individual personally," Cox says.

Cox says the early-hour stakeouts of Armstrong's home also may have crossed a line.

The attorney general says he has been receiving 100 e-mails a day calling for him to fire Shirvell. He says Shirvell will face a disciplinary hearing under civil service rules if and when he returns to work.

But Cox is careful to say he has not pre-judged the situation.

Thomas Habratowski is an openly gay junior at University of Michigan majoring in English. He says the atmosphere on campus has been intense but supportive in the past few days.

"It affects the college life just a little bit. It kind of brings forth a sense of unity through everyone in their classes. Not only students but also professors are showing their support for Chris Armstrong right now," Habratowski says.

Armstrong has asked for a restraining order against Shirvell, and a court hearing has been scheduled. Mike Cox, the Michigan attorney general, says he will send another government lawyer to the courtroom to monitor what happens and report back to his office.