Accessibility links
Something Rotten In The Facebook Status Inspired by the new Facebook movie, The Social Network, we revisit Shakespeare's great tragedy, re-worked by McSweeney's contributor Sarah Schmelling in the form of Facebook status updates. 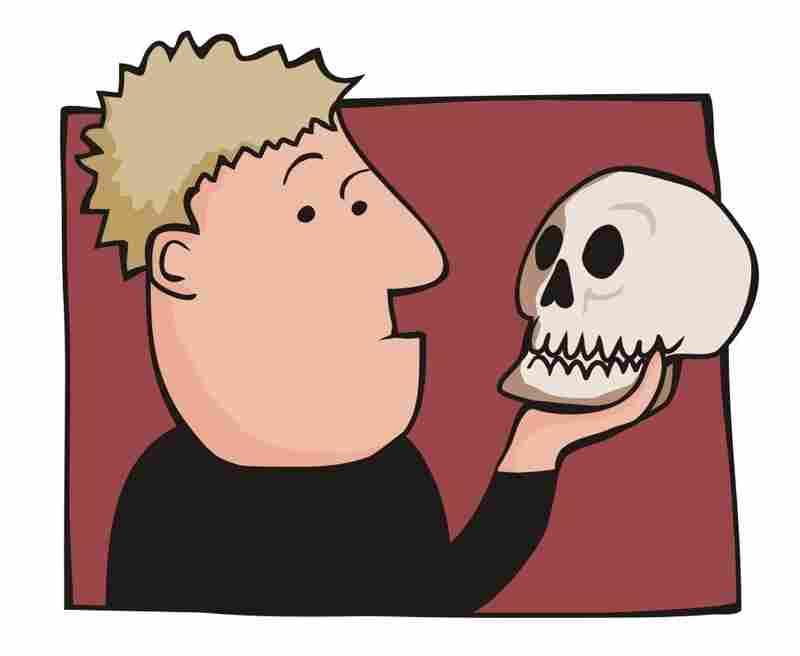 The Social Network, Aaron Sorkin's retelling of the Mark Zuckerberg/Facebook origin story, opens this weekend in theaters across the country. The film has been gaining a lot of Oscar buzz and has been hailed as an instant classic by both film critics and movie fans alike.

In honor of the film, we thought we'd revisit another online classic, Sarah Schmelling's "Hamlet (Facebook News Feed Edition)," a retelling of the Shakespeare play that was published in McSweeney's in 2008. The piece inspired Schmelling to write the book, Ophelia Joined the Group Maidens Who Don't Float: Classic Lit Signs on to Facebook, which features other great works of literature -- from The Odyssey to The Great Gatsby -- all given the same Facebook treatment.

Horatio thinks he saw a ghost.

Hamlet thinks it's annoying when your uncle marries your mother right after your dad dies.

Laertes thinks Ophelia can do better.

Hamlet's father is now a zombie.

The king poked the queen.

The queen poked the king back.

Hamlet and the queen are no longer friends.

Marcellus is pretty sure something's rotten around here.

Hamlet became a fan of daggers.

Hamlet wonders if he should continue to exist. Or not.

Hamlet thinks Ophelia might be happier in a convent.

Hamlet posted an event: A Play That's Totally Fictional and In No Way About My Family

The king commented on Hamlet's play: "What is wrong with you?"

Polonius thinks this curtain looks like a good thing to hide behind.

Polonius is no longer online.

Hamlet added England to the Places I've Been application.

The queen is worried about Ophelia.

Laertes wonders what the hell happened while he was gone.

The king sent Hamlet a goblet of wine.

The queen, the king, Laertes, and Hamlet are now zombies.

Horatio says well that was tragic.