Accessibility links
Following The Money Behind Mystery Attack Ads Democrat Peter DeFazio is considered a shoo-in for re-election in his Oregon congressional district. So why is a mystery organization running attack ads against him? And who's behind the ads? 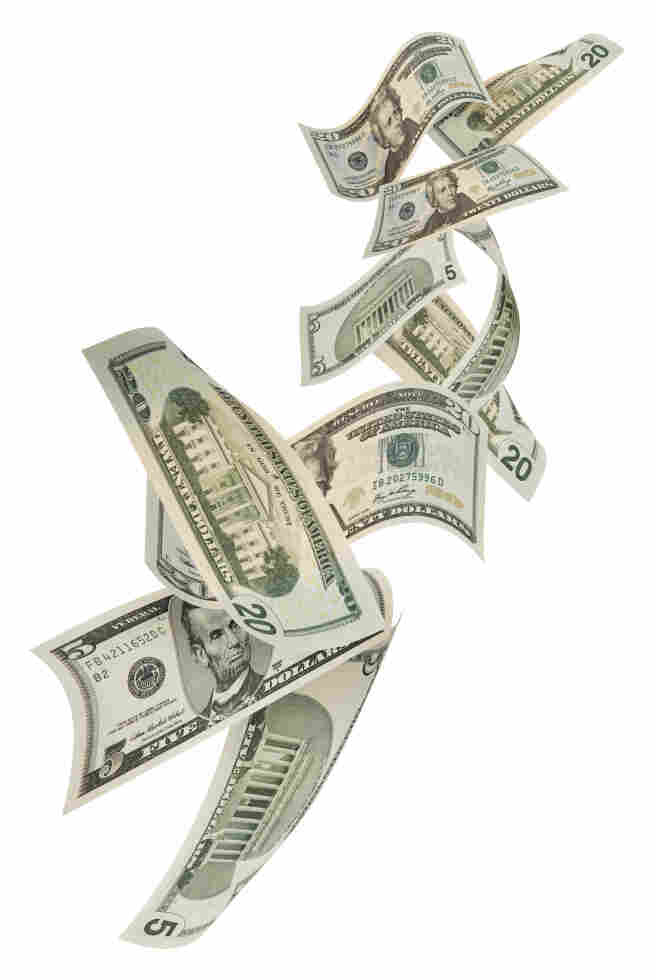 Earlier this year, the Supreme Court lifted restrictions on how much money corporations could spend on political ads. The decision came about through a case called Citizens United v. the Federal Election Commission.

As a result of the Supreme Court's ruling, groups such as Americans for New Leadership and Concerned Taxpayers for America have come out to take advantage of the new rules. Some of these groups are known as 501c4's, which is a tax designation; others are simply referred to as "super-PACS."

Under the new rules, these groups are not required to say who they are or how they're funded, and it's very difficult to find out any information about them.

Democrat Peter DeFazio is a perfect example of the effects of the Supreme Court's ruling. DeFazio is running for re-election in Oregon's 4th Congressional District. A few weeks ago, he got a call from one of his staffers about a new attack ad. The ad was different from previous attack ads that his opponent, Republican Art Robinson, had been running during the campaign.

The Concerned Taxpayers for America turned out to be the group responsible for the attack ad. But neither DeFazio nor his opponent, Art Robinson, knew anything about them. Robinson, who agrees with what the ad says about DeFazio, refuses to distance himself from the group or investigate any further for legal reasons.

"I haven't been trying to find out, because I think that's the legal position I'm supposed to take," Robinson explains.

DeFazio on the other hand was concerned about the group's identity. He did some digging around and found that the Concerned Taxpayers of America actually had a mailing address in D.C.: a town house on Capitol Hill to be exact.

With a group of reporters from the Washington Post trailing closely behind him, DeFazio went to the address he had found and knocked on their door.

"So I go up, knock on the door, no answer," DeFazio recounts. "They had a big mail slot, so I looked through it and I kinda saw what I thought was movement. So I just shouted through the mail slot ... Finally this fellow came to the door kinda reluctantly."

What followed has the makings of a Hollywood thriller: The man who answered DeFazio's knock was an assistant to Jason Miller, a paid Republican consultant who is also the treasurer for Concerned Taxpayers of America.

No one can confirm whether or not the Concerned Taxpayers of America is really a group of people at all, and under the new rules, they don't have to. What they are doing is perfectly legal, after all, as DeFazio himself admits.

"They are doing all that's been required by the law, as much as it's been eviscerated by the Supreme Court in Citizens United. Which means there's very little law left."

So who is getting most of the money, and why now? Peter Overby, who covers money in politics for NPR, tells Guy Raz that court decisions such as Citizens United changed all of the rules.

These new rules "let corporations and unions spend as much as they want to attack or promote candidates," Overby explains. "They can't give money to the candidates, but they can be in the battle, running attack ads, which is what most of these groups do."

DeFazio's experience with Concerned Taxpayer's of America isn't unique. As Overby tells Raz, Citizens for a Working America, another PAC, dropped $250,000 to release attack ads against Democratic Rep. John Spratt in South Carolina. Like DeFazio, Spratt and his staff don't know where the ads came from.

Although money is being spent by both Republican-leaning and Democrat-leaning groups, Overby says that at the moment, the money being spent by the PACs is "heavily lopsided toward the GOP."

This summer, Democrats in the House passed the Disclose Act, which would require that all PACs reveal where their money is coming from. In the Senate, the bill stalled on a Republican filibuster.

Missouri Democrat Claire McCaskill, one of the bill's biggest supporters, worries that for now, anonymous money in politics will become the norm. She tells Guy Raz that she feels strongly that "the voters have a right to know who is paying for things ... especially when it comes to political advertising."