Accessibility links
Living In The Middle: Series Overview Being middle class in America once meant feeling secure. You could count on having a decent home and a steady paycheck. Over the past three years, that sense of security has eroded. In a new series, NPR profiles Americans who are feeling squeezed in the middle and fearing a slide to the bottom.

Living In The Middle: Series Overview

Living In The Middle: Series Overview 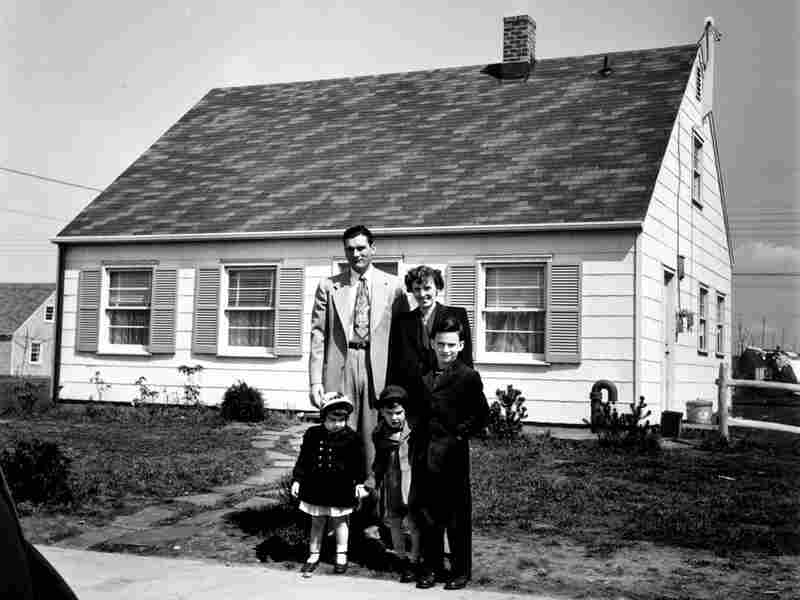 Truck supervisor Bernard Levey with his family in front of their home in the then-new Levittown, Pa., housing development in 1950. Bernard Hoffman/Time Life/Getty Images hide caption 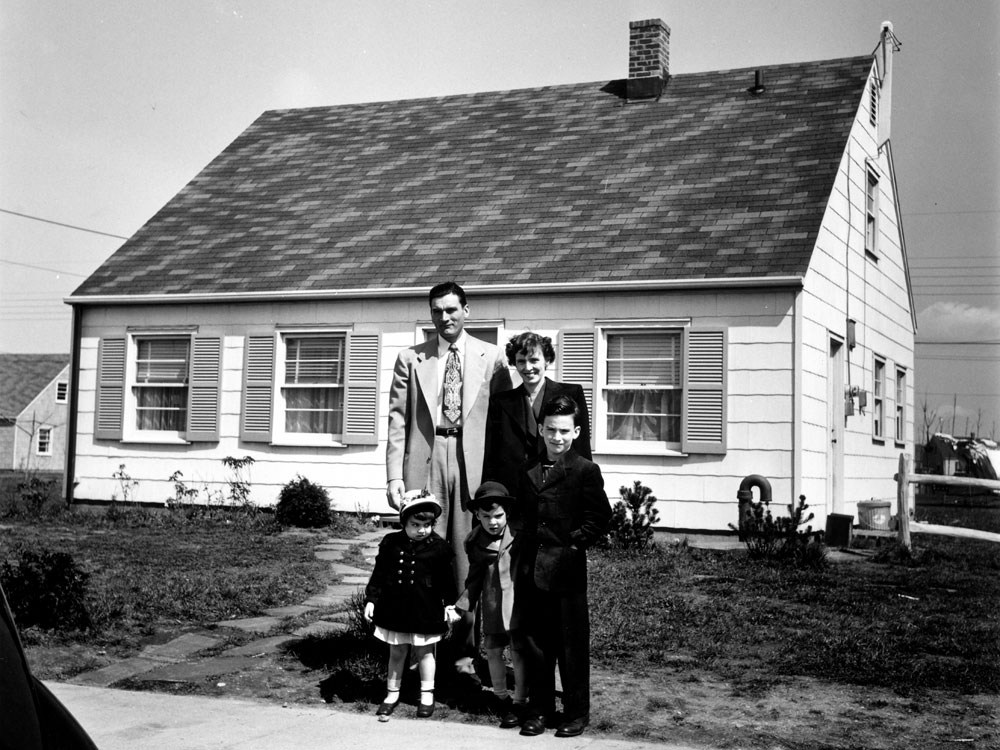 Truck supervisor Bernard Levey with his family in front of their home in the then-new Levittown, Pa., housing development in 1950.

Being middle class in America once meant feeling secure. You could count on having a decent home, a regular paycheck and food in the fridge.

Over the past three years, the Great Recession has eroded that sense of security for most middle-class workers. A recent survey done by the Pew Research Center found that 55 percent of Americans report taking one or more recession-related hits: a bout of unemployment, missed mortgage or rent payments, reduced paychecks or blown household budgets.

Even those who have hung on to their jobs and made all of their payments have felt the pinch of diminished home values and losses in retirement savings.

Now government statistics are emerging to confirm just how dramatically life has changed for the middle class -- roughly defined as that half of all U.S. households making between $25,000 and $80,000 a year. The economic dead center is represented by households earning the median income of $49,777, according to a recent report from the Census Bureau. Of the 117 million households in the U.S. today, half make more than that amount, and half make less.

If We're All Middle-Class, Who Do We Help?

If We're All Middle-Class, Who Do We Help?

This week, NPR presents Living In The Middle, a series that profiles people who are feeling squeezed in the middle and fearing a slide to the bottom:

The Single Mom. A single mother in New Hampshire works as a case manager for the elderly. She has a daughter headed to college. Divorce has taken a financial strain. How will she pay for her daughter's college education?

The Borrower. Jada Irwin has only herself to care for, but still finds it tough making ends meet on America's median income. The young professional lives in an expensive area -- just outside Washington, D.C. -- and is saddled with more than $30,000 in student loan debt. She'd love to go out for "one decent meal a week" but feels that's a stretch she can't afford. Still, Irwin is grateful for a job in hard times, and optimistic that she can eventually move up the income ladder.

The Biologist. Darryl and Kristina Pendergrass can't get a step ahead. They're struggling to raise their two toddler sons on his $43,000 a year salary as a biologist with the Alabama Department of Public Health. He hasn't had a raise in five years and says his net income has actually declined because of higher health insurance costs. The family lives in the small town of Tallassee, Ala. They own their home but have no cell phones or other luxuries like cable or satellite TV. They have seen their retirement savings take a major hit in recent years. Their biggest frustration is that elected officials don't seem to represent their interests.

The Farmer. Colorado farmer Terry Walter says he wants to make food for people to eat, but feels unappreciated. Last year, his family of five brought in $48,000. He faces a difficult combination of high levels of debt and low profit margins for his farming and ranching business that his father -- also in agriculture -- never had to worry about.

The Frugal Family. The Donnells chose to give up a fancier lifestyle with longer hours at work so they could be around to raise their three children. He is a freelance IT specialist; she is a medical technologist in a hospital lab. They struggle with decisions like whether to spend $2,000 to fix their 1999 Subaru or to take on another monthly payment for a newer car.