Accessibility links
Vijay Iyer Blends The Old With The New Anointed the next bright hope of jazz, last year's breakout pianist took only two days to record his first solo album of originals and covers. Does it live up to high expectations? NPR's Tom Moon reviews the album here. 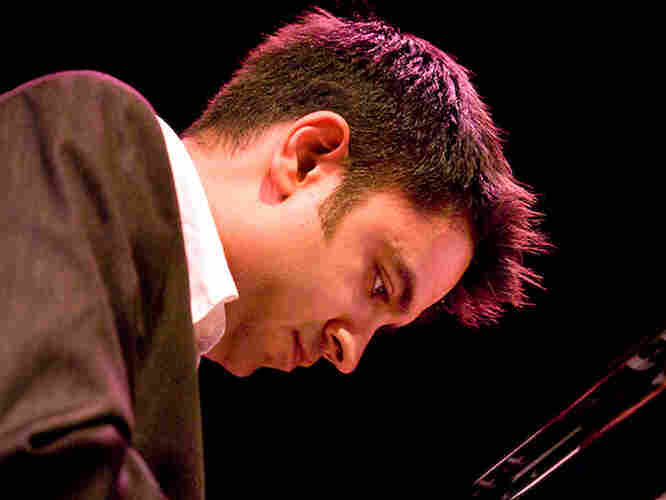 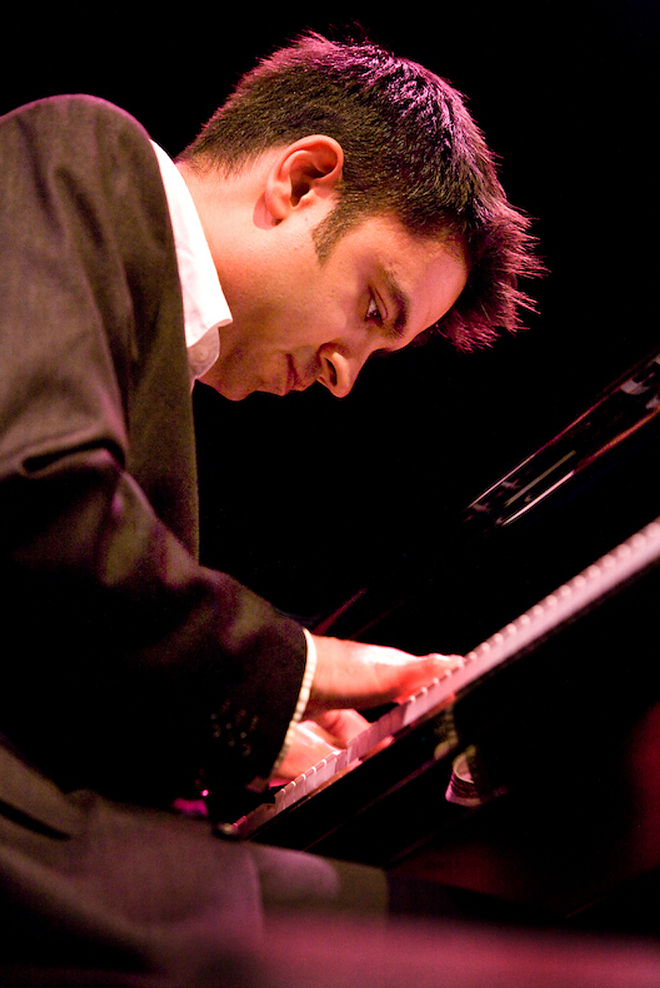 Jazz pianist Vijay Iyer had a breakout year in 2009. His trio album Historicity topped many year-end best-of lists, including those of critics whose tastes range far from jazz. And he was hailed by the Jazz Journalists Association as Musician of the Year. The attention has created high expectations for the 38-year-old pianist's latest work, Solo.

Iyer has just been anointed as a next bright hope of jazz, and what does he do? He begins his first-ever solo piano collection with a calm, sometimes almost New Age-y reinvention of Michael Jackson's "Human Nature."

Naturally, the Thriller hit undergoes some changes along the way. This accessible little bonbon/journey -- which some purists would dismiss as a "crossover" move -- offers a peek into the mind of Iyer. Like many of his peers, the pianist and composer grew up listening to all kinds of music. He encountered jazz as a teenager in the not exactly golden age of the 1980s, when its practitioners were busy either upholding tradition or smashing it to inaudible smithereens. Since moving to New York in 1998, he's sought his own path: His small-group albums are distinguished by appealingly jagged melodies and surging polyrhythms. He's ported those traits over to the solo setting.

Iyer took just two days to record this solo work. And after that, he spent many more thinking about how the individual pieces -- which visit old-fashioned Harlem stride, free improvisation and many styles in between -- might fit together to form a map of his piano universe. He starts the CD with four cover tunes, then plays four strikingly varied originals.

If you listen to this album from start to finish, one thing you notice is how Iyer's distinct sense of rhythm -- a shifting, pulsating approach to time -- somehow shapes each piece, blurring points on the timeline and making old warhorses sound like brand-new thoughts. We know from the Michael Jackson cover that this guy is curious about life beyond the jazz cloister. What's impressive about Solo is the way he uses rhythm, his own spirited internal rhythm, to nudge Michael Jackson, Duke Ellington and Sun Ra toward some entirely natural-sounding common ground.