Accessibility links
Cheating Investigation Focuses On Atlanta Schools Last year's standardized tests in Georgia showed an unusually high number of eraser marks, prompting allegations of widespread cheating in Georgia's public schools. More than 50 schools in Atlanta were flagged for cheating. Official investigations are under way, as parents and state officials try to figure out what happened. 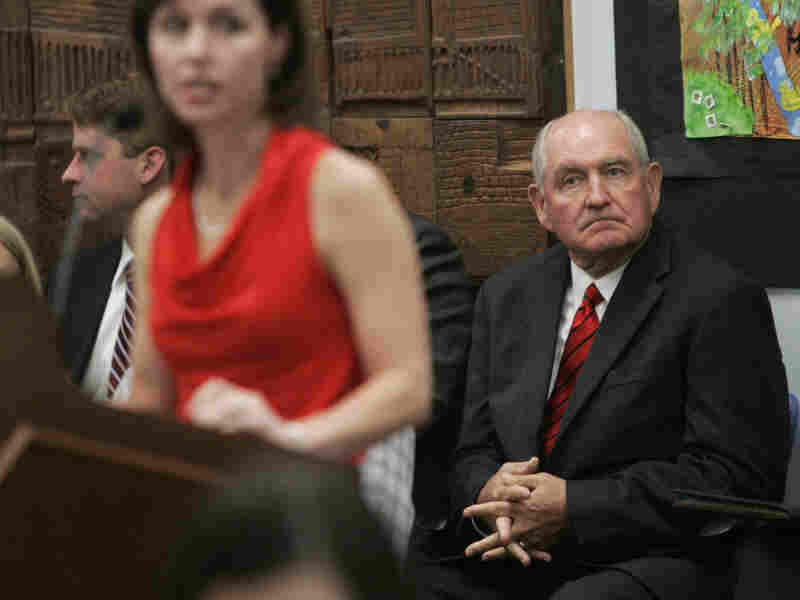 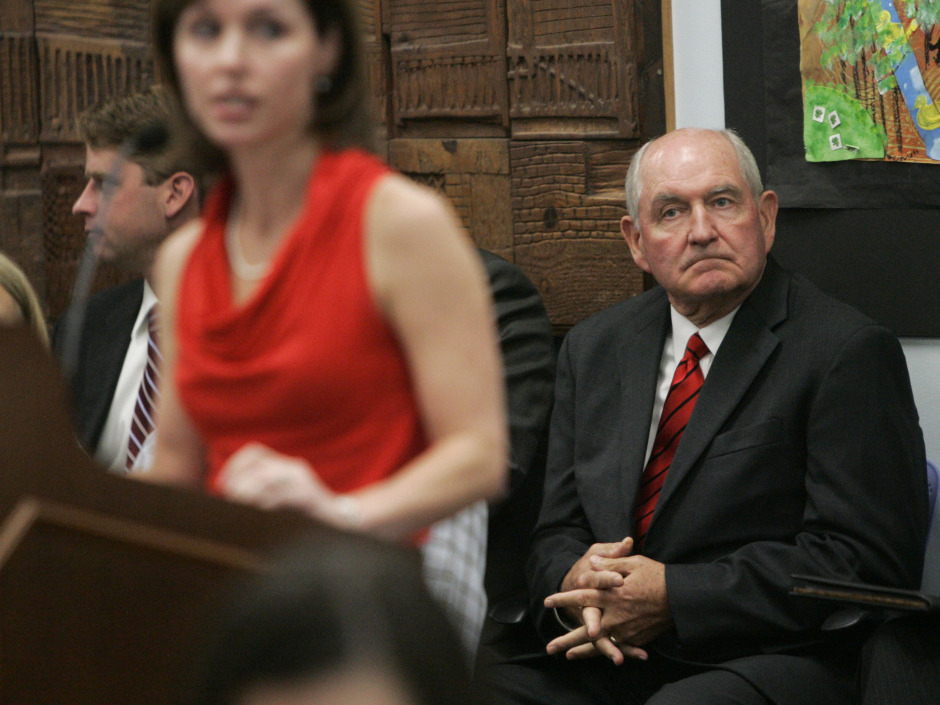 Georgia Gov. Sonny Perdue listens to Kathleen Mathers, executive director of the Governor's Office of Student Achievement, point out suspicious data regarding state standardized test scores to the state school board in August.

In Georgia, state standardized tests that students took last year showed an unusually high number of eraser marks. As many as 250,000 incorrect answers were changed to make them correct. Parents and state officials are still trying to figure out what happened.

The Georgia school district with the most problems was Atlanta Public Schools. School officials appointed what they called a "blue ribbon commission" to investigate, and it found no coordinated effort to manipulate the scores -- a conclusion accepted by Superintendent Beverly Hall.

But Georgia Gov. Sonny Perdue called that investigation "woefully inadequate," and he has launched his own inquiry, which he says will be "both thorough and swift."

More than 50 schools in Atlanta were flagged for cheating, but the district chose to investigate only a dozen. And many critics, including the governor, complained that officials did not question enough teachers and administrators to find out who was responsible.

What has happened here has stunted the growing and learning process for thousands of children.

"This is about seeking out a small group of people who have failed to hold up the high ideals that most Georgia teachers live by. And what has happened here has stunted the growing and learning process for thousands of children," Perdue says.

A Culture Of Cheating?

The tests are given to children in grades 1-8. The results determine whether schools meet federal benchmarks under the No Child Left Behind Act.

Good scores mean high praise and cash bonuses. Failure to meet standards could mean losing hundreds of thousands in federal dollars, and could cost teachers and administrators their jobs. 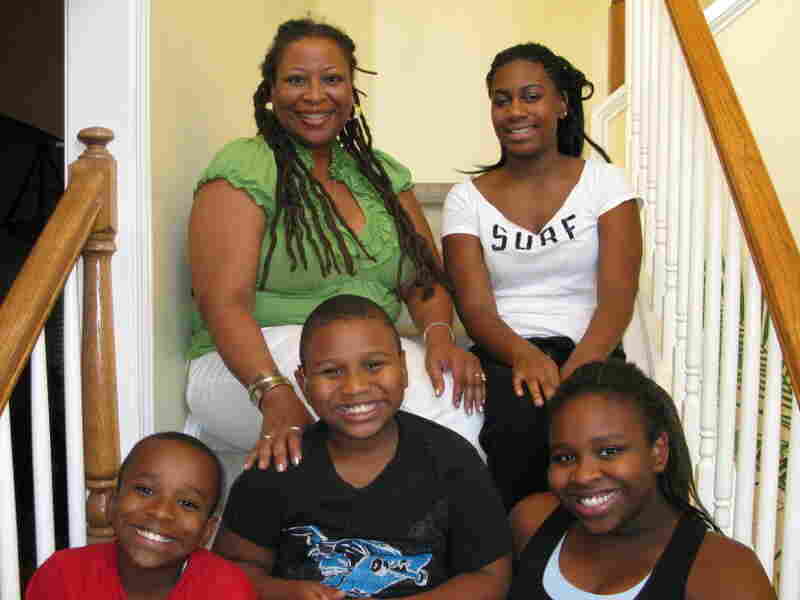 Shawnna Hayes-Tavares with her four children, two of whom attend Atlanta public schools that were flagged for cheating on Georgia's state standardized tests last year. Her children told her that it was common at their schools for teachers to give students test answers. Kathy Lohr/NPR hide caption

A mother of four, Shawnna Hayes-Tavares has two children who go to schools that were called into question.

"What is happening? Are our teachers cheating? Is the administration cheating? Have we created a cheating culture? You know, it's so many things to think about as a parent," Hayes-Tavares says.

According to Hayes-Tavares, her own children knew there was a problem, telling her that it was common for teachers to give students test answers.

Most of the problem schools are located in poor Atlanta neighborhoods and qualify for extra federal funding, including free or reduced student lunches.

The district says there was no evidence of a coordinated effort to tamper with the tests, but many here don't buy the claim.

Where there's smoke, there's fire. And there's some fire here.

"Where there's smoke, there's fire. And there's some fire here," says Georgia state Sen. Vincent Fort, who says the commission originally set up by the district was designed to do damage control -- to protect the image of the city, the schools and the superintendent.

Superintendent Hall, who was widely praised for bringing up Atlanta test scores and was named National Superintendent of the Year in 2009, declined to be interviewed for this story.

At her "State of the Schools" address in August, Hall said she was disappointed and would take action to restore the public's trust.

"This is a painful chapter in our history, and now we have to move beyond the crisis to getting on with the business of educating our children," Hall said.

Hall is cooperating with the governor's investigation, but many parents have suggested that she resign.

A Pressure To Improve

Still, testing experts acknowledge that these high-stakes tests create immense pressure for principals and administrators to improve scores, so there can be a kind of desperation that leads to cheating. James Wollack, an associate professor of educational psychology at the University of Wisconsin-Madison, says how Georgia deals with this situation will set a precedent for other states.

"Other schools, they should be looking to Georgia to say, 'Well, what should we be doing to reduce the likelihood of this happening here in our district?' " Wollack says.

As the governor's investigation continues, Atlanta's public schools are now holding 12 weeks of remedial classes for kids who failed the 2009 tests, and the district is figuring out how to improve test security.

The Atlanta Journal-Constitution recently reported that a federal investigation is also under way to see whether schools fraudulently obtained federal education grants by manipulating test scores.