Accessibility links
'No Ordinary Joes' Tells Stories Of Love And War Bob Palmer, Chuck Vervalin, Tim McCoy and Gordy Cox were teenagers when the Japanese sank their submarine in World War II. No Ordinary Joes tells the story of their subsequent imprisonment, survival and loves. 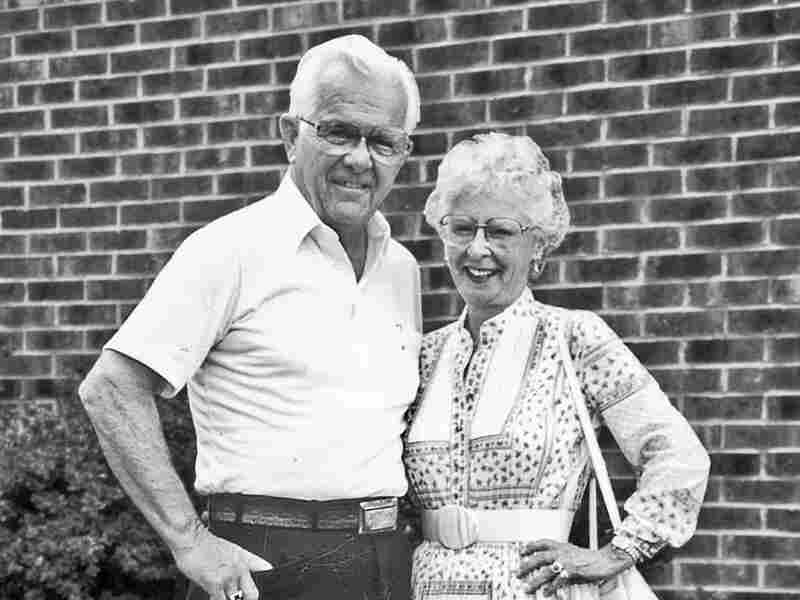 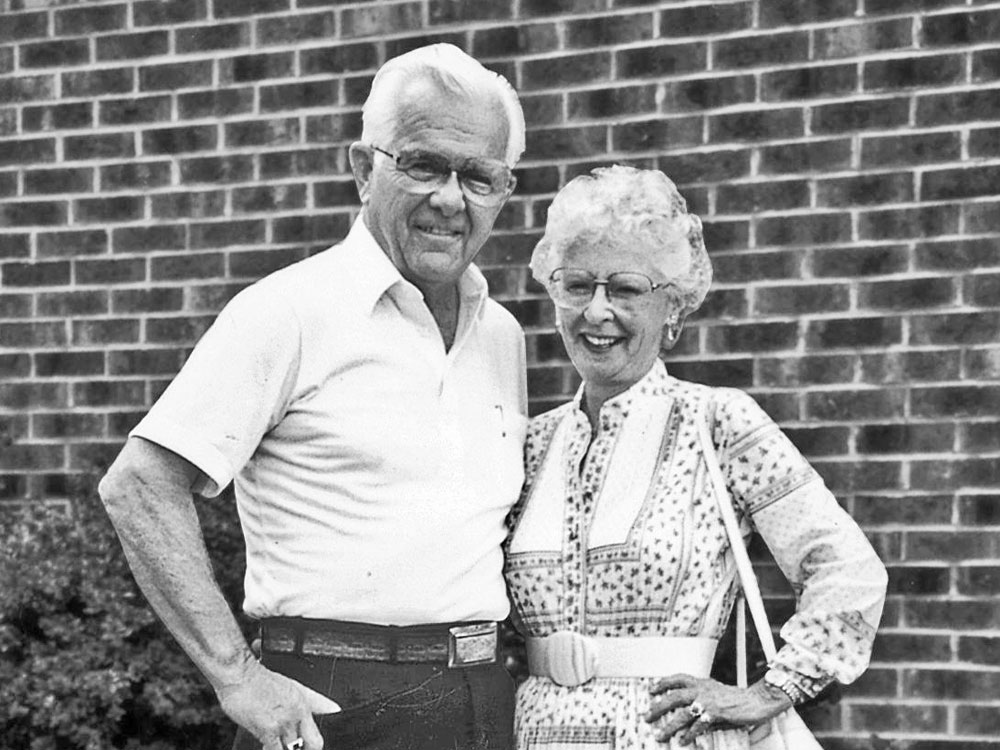 The Grenadier sank when it was struck by a Japanese aerial torpedo, and though the entire crew survived, they were immediately taken prisoner. For nearly the next three years, Palmer, Vervalin, McCoy and Cox were starved and tortured in Japanese prison camps.

Author Larry Colton tells their story of tragedy and survival in No Ordinary Joes: The Extraordinary True Story of Four Submariners in War and Love and Life.

The book recounts the soldiers' harrowing experiences as POWs, but it is also, at its core, an incredible love story.

Bob Palmer married his high school sweetheart, Barbara, in 1941, just months before he became a POW. Then, thinking Bob had been killed at sea, Barbara became engaged to another man. Almost three decades -- and many travails -- later, she married her first love a second time.

NPR's Neal Conan talks with Colton about the four submariners' extraordinary true story, from their imprisonment to the joys and heartbreaks of readjusting to an ever-changing post-war era. 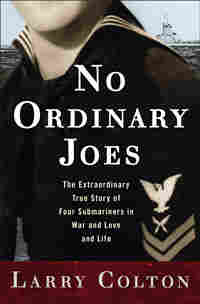 The waters felt unsafe to Bob Palmer. Too shallow. Too close to land. Too risky, given the ship's unreliable torpedoes. But who was he, a twenty-one-year-old, to question the strategy of his submarine captain, a graduate of the Naval Academy and respected by every man on the ship? Palmer worked hard as the sub's yeoman, but he was a high-school dropout, and he wasn't privy to the radio messages the captain received.

It was early evening, April 20, 1943, and the USS Grenadier was nearing the end of its sixth war patrol. Bob longed to get back to port in Fremantle, Australia; he was tired of the confinement, the foul smell of diesel fuel, and the constant stress of running deep in enemy waters. Back in Fremantle, there'd be large pints of Emu ale waiting in the bar at the Ocean Beach Hotel, as well as beautiful young Aussie women enamored of American sailors. Yes, he was recently married to his high-school sweetheart and loved her dearly. But this was war -- a war on the other side of the world, and every time he and his crewmates left port there was the real possibility they'd be blown to bits.

As the Grenadier ran full speed on the surface through the Java Sea and the narrow Strait of Malacca between Malaysia and Sumatra, the lookout spotted two worthy targets -- a pair of large Japanese freighters silhouetted on the horizon. The sea was calm, the sky bright from a full moon. Surprisingly, the vessels appeared to be unescorted, an opportunity almost too good to be true. The Japanese had recently taken Rangoon, and the Japanese ships plying the important supply route between Burma and Singapore were usually well guarded. But not these two.

The Grenadier's captain, Missouri- born James Fitzgerald, a ballsy former boxing champ at Annapolis, was eager to confront the enemy, and he had decided to ignore warnings that these waters were much too easily guarded by Japanese planes from nearby bases for his ship to be running on the surface. A month earlier, a sub had been sunk, taking sixty-five men down with it. But Fitzgerald wanted a kill before heading back to port. At this point in the war, with the Japanese racking up victory after victory in the Pacific, American naval forces were desperate for any small victory.

Fitzgerald was one of a new breed of captain who had been hurried into battle; the top level of Navy leadership was now encouraging these newer graduates of the Naval Academy to "go in harm's way" and take the war to the enemy. His approach was more aggressive than that of the older and more conservative sub commanders in charge at the start of the war who believed the purpose of submarines was to scout for the Navy's surface fleet rather than to attack.

From long range and on the surface, Fitzgerald considered firing torpedoes, but at this stage of the war, the available torpedoes were notoriously ineffective, either running too deep or failing to explode on contact. Instead he closed to 2,500 yards. The freighters discovered the ship's presence, possibly by radar, and turned searchlights in its direction. Fitzgerald ordered the men manning the three- inch deck gun to commence firing. Immediately, the two freighters returned fire, neither side scoring a hit.

Knowing the Grenadier had been spotted, Fitzgerald quickly turned direction, electing to make a surface end-around, which would put the sub in front of the enemy, in position to submerge and attack. But while the Grenadier moved twice as fast on the surface than it did when submerged, it would take the Grenadier all night -- twelve hours -- to accomplish this maneuver. The crew -- eight officers and sixty-eight enlisted men -- stood down from their battle stations.

Bob sat down at a table to write a letter to his wife, Barbara. He would post the letter as soon as the ship returned to Fremantle. Barbara was living in San Francisco, where they had gotten married a week after Pearl Harbor, six days before he'd shipped off to war. She'd gotten pregnant during those six days, but the excitement he'd felt when he'd gotten the news was soon offset by sadness when she lost the baby. He still had a year to go on his duty.

Seated at the table with Palmer were three other men just as anxious to get back to port -- Tim McCoy from Dallas, Texas; Chuck Vervalin from Dundee, New York; and Gordy Cox from Yakima, Washington. Tim and Chuck had met the women they thought were the loves of their young lives on their last leave in Fremantle, and both talked of marrying these young Aussies and taking them back to America after the war. Tim's girl was the reigning Miss Perth. Gordy, the fourth man at the table, had also met a girl, but he was the shy type and wasn't sure she liked him as much. Still, he hoped. He'd even written his mom about her. He'd never had a girlfriend growing up.

As the Grenadier made its long circle, Tim and Gordy had time to talk. The two sailors, neither yet twenty-one, were total opposites. Tim was extroverted, cocky, and full of Texas bravado; Gordy was slightly built, quiet, and not confident in his ability to learn the complex set of submarine skills necessary to advance beyond his rank of seaman first class. Despite the close confines of the sub and their shared experience in battle -- which included being scared shitless -- they barely knew each other. Gordy's initial impression was that Tim was a little too full of himself.

Chuck got up from the table and walked to his bunk, where he pulled a picture of Gwen, his nineteen- year-old girlfriend, out from under his pillow. He'd met her strolling through an arcade in Perth a few months earlier. Two nights before the Grenadier had shipped out on this mission, Gwen had given him a Saint Christopher's medal for good luck and protection. He promised he'd never take it off; she promised she'd wait for him. During their last night together, he confessed that he had an uneasy feeling about this patrol, much more than before the other four he'd been on. She asked why. "Because for the first time in my life I have somebody I really care about," he answered. Throughout the night, the Grenadier sped along the ocean's surface at its top speed, 18 knots. Just before daylight it neared its attack position. As it closed on its targets, Fitzgerald ordered it to submerge and for everyone to man their battle stations. But the freighters had unexpectedly changed direction, and Fitzgerald watched through his periscope as they zigzagged out of sight, leaving only smoke plumes visible on the horizon.

More eager now than ever for a kill, Fitzgerald ordered the Grenadier back to the surface for a rapid pursuit, disregarding standard naval operating procedure, which advised subs to patrol on the surface only at night. The sun was now up, and so was a Japanese fighter plane sent to look for the Grenadier. For Bob Palmer, Gordy Cox, Tim McCoy, Chuck Vervalin, and the rest of the crew, the war was about to take a terrible turn.

Excerpted from No Ordinary Joes: The Extraordinary True Story of Four Submariners in War and Love and Life by Larry Colton. Copyright 2010 by Larry Colton. Published by Crown, a division of Random House Inc. 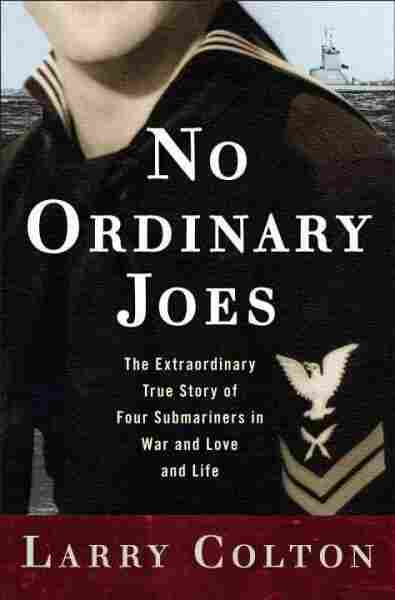