Accessibility links
The Walkmen On World Cafe : World Cafe The critically-acclaimed indie-rock band recently released a new album, Lisbon. Hear one of the most compelling acts today bring its moody swagger to the WXPN studios in Philadelphia.

The Walkmen On World Cafe 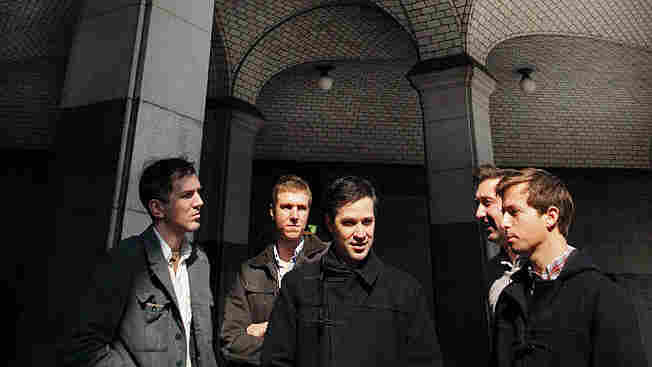 With the release of Lisbon, The Walkmen sound like a band hitting its stride. The New York act has built its reputation on hazy, dreamy, sometimes angry songs. Preferring the acoustics of vintage musical instruments, the group brings a slightly retro feel to its music, while still sounding contemporary and relevant. Above all, band excels at setting a gorgeous mood, full of dinging pianos and foggy waltzes.

Fronted by singer Hamilton Leithauser -- who often sounds like a frustrated Bob Dylan -- the group exudes a swagger that fuels the songs' slower tempos and lyrical laments. When combined the unanticipated Latin rhythms and blaring trumpets on Lisbon, it makes The Walkmen one of the most compelling bands today. Listen to an interview and studio performance with World Cafe host David Dye.