Accessibility links
If Yankees Exit Playoffs Early, Blame A New Curse If there are curses in sports, then the New York Yankees will be cursed forever, starting right now. The issue, says Frank Deford, is the team's huge new statue to late owner George Steinbrenner. 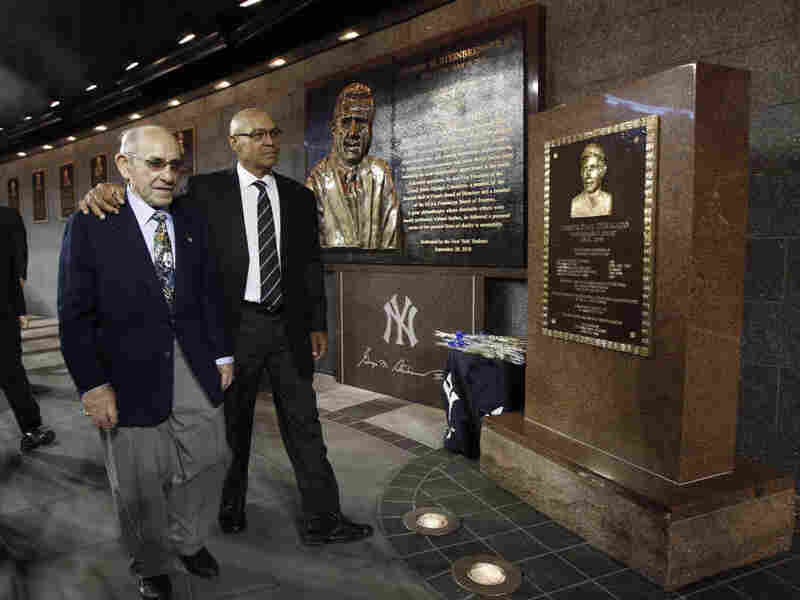 I don’t believe in voodoo, or evil eyes, or curses -- especially in sports. I never believed in the Curse of the Bambino upon the Red Sox, or that a goat has cursed the Cubs. However, I do firmly believe that if there are curses, or that there should be curses, then the New York Yankees will be cursed forever, starting right now.

This is what the team gets for erecting a 35-square-foot graven image to immortalize their late owner, George Steinbrenner -- a glitzy monument to his pomposity and excess -- that positively dwarfs the monuments of the other Yankees who actually played baseball, thus rendering the glorious likenesses of Ruth and Gehrig and DiMaggio and Mantle as just so many little Facebooks in the crowd.

There's already a joke going around that the only three things made by man that you can see from a satellite in outer space are The Great Wall of China, the Pyramids and the plaque of George Steinbrenner at Yankee Stadium.

But the curse aside, as the playoffs begin Wednesday, it would appear that the Yankees are most unlikely to be able to repeat as champions.

It is especially instructive that the quartet of stalwarts who have been the core of the club for so long -- Derek Jeter, the noble captain; Jorge Posada, the yeoman catcher; Andy Pettitte, the reliable southpaw, and Mariano Rivera, the inscrutable closer -- all have begun, almost together, to start to crumble. 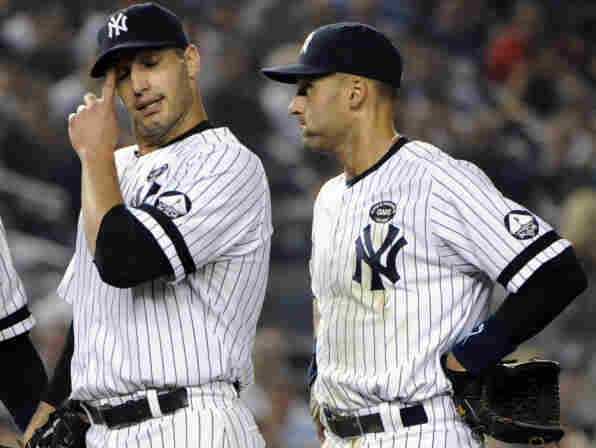 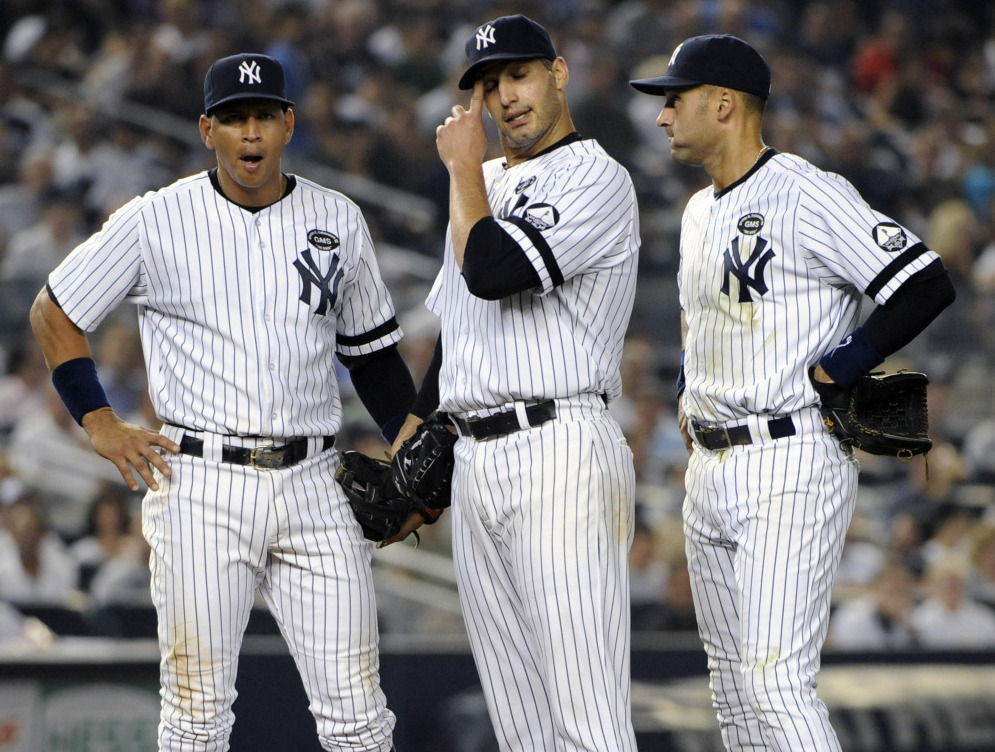 New York Yankees pitcher Andy Pettitte, center, Alex Rodriguez, left, and Derek Jeter react as the manager heads to the mound to take Pettitte out of the game during the fourth inning of a game against the Boston Red Sox Friday, Sept. 24, 2010 at Yankee Stadium.

As for Jeter, since June he has played his age, which is 36, and which is particularly, historically, long in the tooth for shortstops.

Jeter's 10-year contract concludes this year. Obviously, he and the Yankees will stay the course, together. Among other realities, Jeter is simply worth more to the Yankees as their icon than he is to any other team as an ordinary player. The Yankees will pay him the baseball version of a golden parachute to stick around and lend his class to the crass awhile longer. Derek Jeter, shortstop emeritus.

But for now, notwithstanding the talents of C.C. Sabathia and Mark Teixeira and of course, A-Rod, and the multitude of other stars that the Yankees have bought and paid top dollar for, the simultaneous erosion of the team's four horsemen seems to symbolically portend the end for the defending champions. You get the feeling that the last hurrah was last year.

And then, there's that new curse to contend with, too.