Accessibility links
Schools Urged To Teach Youth Digital Citizenship In the wake of a college student's suicide after a sex video of him was broadcast online, experts say schools need to do a better job of teaching youth to think critically about the Web. Cyberbullying laws aren't going to change bad behavior, they say; instead, youth need to learn how to make ethical decisions about Internet use. 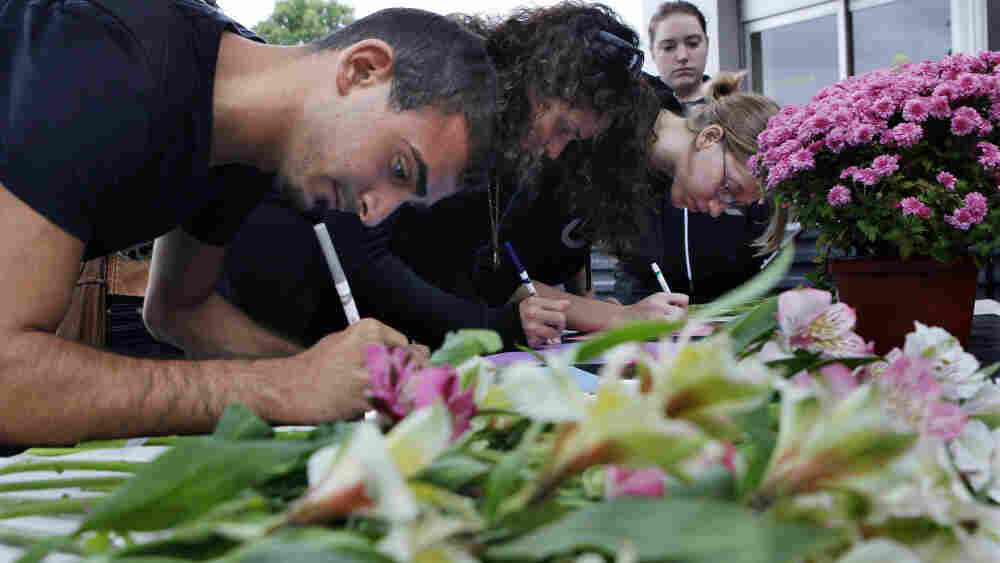 In the wake of a Rutger University student's suicide, researchers who study youth and the Internet say schools need to do a better job of teaching kids the basics of digital citizenship.

Freshman Tyler Clementi jumped off a bridge a few days after his sexual encounter with another man was broadcast online. Clementi's roommate, Dharun Ravi, and Ravi's friend Molly Wei were arrested on invasion of privacy charges. They haven't said why they allegedly broadcast the video, but by all accounts, they were good students who had no history of cruel behavior.

I think that the technological revolution has in some cases outpaced schools' ability to keep track of it.

"I think it's a case where good kids can do terrible things," says John Palfrey of the Berkman Center for Internet and Society and author of Born Digital: Understanding the First Generation of Digital Natives.

New Jersey state lawmakers have introduced legislation to make the penalties in cyberbullying cases harsher there. But Palfrey says more laws on cyberbullying aren't going to change bad behavior. Instead, adults need to reach out to young people in the new world they live in that is both virtual and real.

"We need education; we need mentoring; we need parenting. We need to have good law enforcement," Palfrey says. "We need to have social workers figure out how to reach out in cyberspace, as well as in real space. ... It's an all-hands-on-deck kind of issue."

Jim Steyer, founder and CEO of Commonsense Media, says schools were "late to the party."

"I think that the technological revolution has in some cases outpaced schools' ability to keep track of it," he says.

Commonsense Media, a nonprofit that provides information about movies, video games and technology for children, has written a curriculum to help schools teach digital citizenship. It focuses on how to teach youth to think critically about the Internet and make ethical decisions about its use. Steyer says he was flooded with requests for the curriculum as soon as it was released.

"There is so much education that needs to be done," he says. "For the most part, kids who are in college today never received any form of digital citizenship or media training when they were in high school or middle school."

The high school from which Ravi and Wei graduated in June -- West Windsor Plainsboro in New Jersey -- has on its website a long list of "21st Century Competencies" required for graduation. The list includes financial literacy and environmental literacy, but makes no mention of the digital world. Officials there won't comment on whether they teach students about cyberbullying, but the state does require it.

When students arrive at Rutgers University, they can attend optional freshman orientation sessions that teach etiquette on the Internet, as well as in the dorm room. Kaitlin Sheerin, a junior at Rutgers, says she remembers signing a contract as a freshman that specified the need for respect among students.

"I think the two kids who did this are obviously not good people," she says. "I would never think of invading my roommate's privacy like that. I think it's sick what they did."

Like many students at Rutgers, senior Hina Khaliq was dismayed by Clementi's suicide. But, she says, the problem is that the rules of the Internet are unclear.

"Nobody has come out and said, 'This is how it's supposed to be.' There's no guideline set down for us when we start using the Internet at an early age -- or any age -- so I think it's a free-for-all," she says.

It doesn't have to be. Researchers say social workers, teachers and parents need to reach out to troubled kids online. And by that, they don't mean monitoring or limiting access, but providing the kind of brick-and-mortar services available at community centers, schools and health centers in the virtual world as well.

Tyler Clementi And The Virtual Death Of Decency Oct. 4, 2010