Accessibility links
Haunted Some people swore that the house was haunted.  The plantation had been abandoned for almost 30 years. I liked to imagine it as beautiful, with its fancy carpets and big paintings, but those were long gone, and mold and raccoons had taken their place.  I knew it wasn't haunted, just left all alone, like dying. 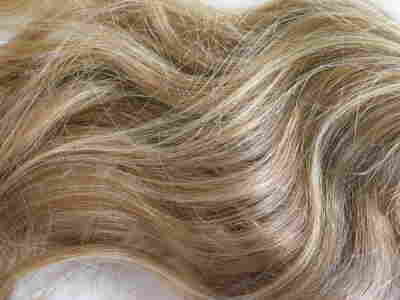 Some people swore that the house was haunted.  The plantation had been abandoned for almost 30 years. I liked to imagine it as beautiful, with its fancy carpets and big paintings, but those were long gone, and mold and raccoons had taken their place.  I knew it wasn't haunted, just left all alone, like dying.

Sometimes I would go back into the gardens that had grown wild and lay down among the tall grass and flowers.  It was dark in spots where the trees had grown up and over, like they had wrapped themselves around each other.  But in other places, the sun came straight down.

On long summer nights you could find boys there that had dared each other to see who could stay inside the longest. My brother Sam lasted over two minutes once, but then the sheriff showed up and scooted them off.

'Course, everybody always said that Jimmy was the one that held the record.  He used to say that he slept there sometimes, and the boys believed most of Jimmy's tales.  Jimmy did pretty much whatever he wanted; his mama had been dead a long time and his daddy worked in the mines.  Well, what his daddy mostly did was drink.  So then Jimmy was mostly on his own.

Jimmy told all kinds of stories 'bout things he'd done -- exploring the caves, hitchhiking to Lincoln, sneaking whiskey from his daddy.  I told him once that he was like Tom Sawyer and Huck Finn, and he asked who they were.  He laughed when I told him, and said that he liked being like people that weren't real.

Jimmy couldn't really read. His daddy didn't care much if Jimmy came to school, and neither did Jimmy.

When Jimmy came to school, he sat behind me -- every year, every grade.  He could make me laugh or cry.  He spilled paint on my special birthday shirt, the one that mama had embroidered daisies on.  And one day he snuck Mrs. Whiteside's big silver scissors and cut off my ponytail.

I know it was nine inches long because Mrs. Whiteside gave it to my mother, who measured it, and then just kept saying, "Nine inches!  Nine inches of the most beautiful hair!  Why, it's positively criminal, I hope his father beats him good!"

Jimmy didn't come to school for a long time after that, and my mother never did stop talking about it, if the proper occasion arose.

When I was 16, Jimmy stopped me coming home from school and asked me to come with him.  He took me to the plantation and we went inside.  Jimmy started talking about how nice it could be again, if somebody cared enough to try.  Then he turned to me and took my hand.  He said he was going to the war and asked me to wait for him and said that when he came back we would fix it all up and we would live in the house.  He said we would have the biggest parties in town, and he would grow fields of daisies for me, since they were my favorite.  Then he reached in his pocket and pulled out some yellow-looking yarn.  Only it wasn't yarn, it was some of my hair from that ponytail he had cut off.

I told Jimmy I would wait, and after he was gone I used to lay in the tall grass and imagine our parties, and walking in the daisies together.

But Jimmy was killed.  And then I never went back there.  Nothing was ever the same again after that.