Accessibility links
Understanding Pakistan, By Way Of Its Pop Idols Kamila Shamsie grew up in Pakistan as the country entered an era of Islamic fundamentalism in the late 1970s. But the pop-rock musicians of the time persisted, making music videos and subversive songs. Here, Shamsie reflects on the religious turmoil of the period through the scope of its music. 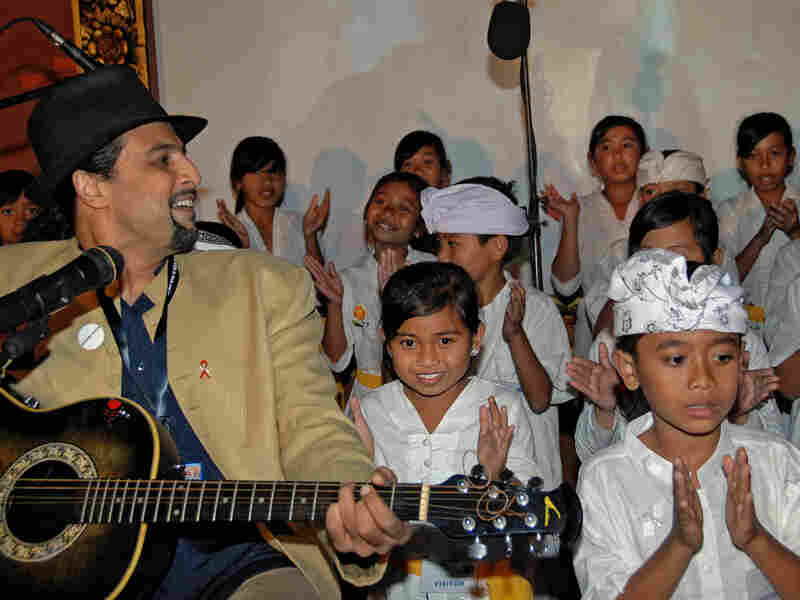 Guitarist Salman Ahmad is among the biggest names in Pakistani music, having performed with the pop group Vital Signs before moving on to form his own Sufi rock band, Junoon. Sonny Tumbelaka hide caption 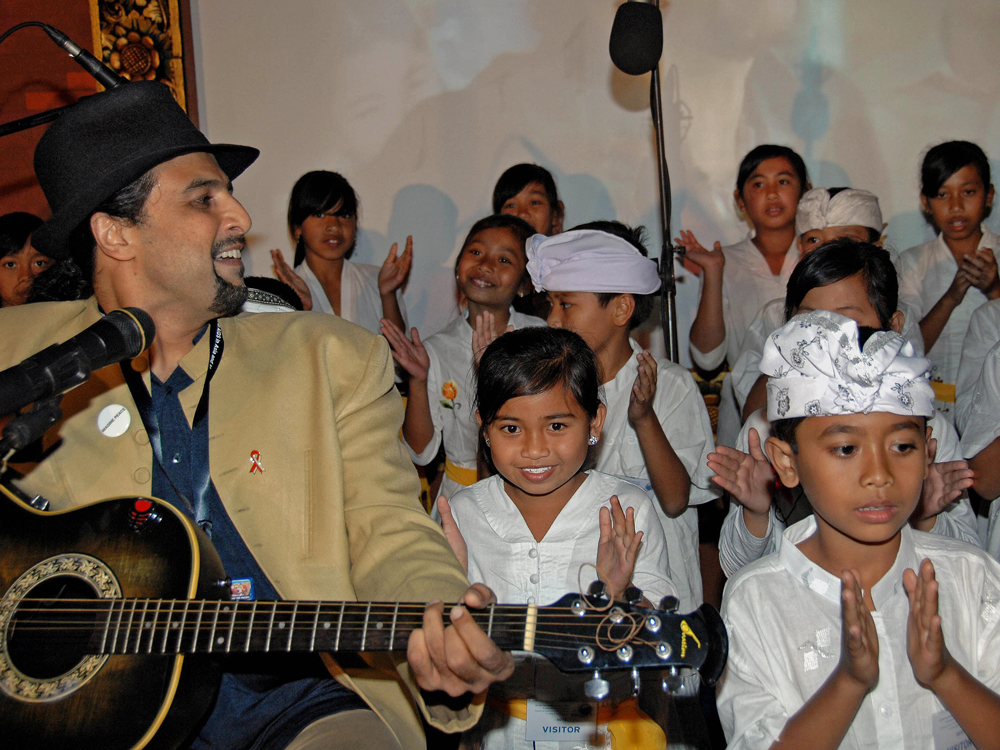 Guitarist Salman Ahmad is among the biggest names in Pakistani music, having performed with the pop group Vital Signs before moving on to form his own Sufi rock band, Junoon.

"Disco Deewane" means "disco crazy" in Urdu. It's also the name of a song by the brother-sister duo Nazia and Zoheb Hassan, a hit in Pakistan in 1981.

But its words spurred religious tension as Pakistan's government became even more conservative. Pakistani-born writer Kamila Shamsie remembers the music video, in which government censors wouldn't let cameras film the sensuous Nazia from the waist down.

"You had this woman and this man, who were sort of out there talking about the craziness of disco," Shamsie says, "and about a certain kind of social liberation that went away."

Many Muslims in Pakistan practice variations of Sufism, a less rigid form of Islam that's very open to music and dance. Facing waning popularity in the late 1970s, then-dictator Muhammad Zia-ul Haq ushered a more extreme Islam into the law and culture of the country.

Pop music managed to prevail. Despite heavy government censorship in 1987, Pakistani television held a competition for its viewers to come up with a patriotic song. The winning track was "Dil Dil Pakistan" from the pop group Vital Signs. It became an instant hit.

"It felt really refreshing and it felt subversive, which is ridiculous if you actually look at the lyrics," Shamsie says.

"There are so many different variations of Islam," she says. "I think within the music and the stories of Salman Ahmad and Junaid Jamshed, you can see two of the more dramatic ways in which that search for religious belief can play out."