Accessibility links
Ferdinand Pecora, 'The Hellhound Of Wall Street' Ferdinand Pecora was little known outside New York until 1933. The former New York prosecutor was called to Washington to become chief counsel of Senate hearings looking into Wall Street's wrongdoings that led to the Crash of 1929. Pecora is a surprising hero of the time -- he was a poor Italian immigrant who earned his legal education at night school. And over a ten-day period, he grilled some of the titans of Wall Street, toppling one of them -- multimillionaire Charles Mitchell, aka Sunshine Charley -- who was chairman of National City Bank, the predecessor of the current-day Citibank. NPR's Robert Siegel talks to Michael Perino, a law professor and former Wall Street litigator, about his new book, The Hellhound of Wall Street: How Ferdinand Pecora's Investigation of the Great Crash Forever Changed American Finance.

Ferdinand Pecora was little known outside New York until 1933. The former New York prosecutor was called to Washington to become chief counsel of Senate hearings looking into Wall Street's wrongdoings that led to the Crash of 1929. Pecora is a surprising hero of the time — he was a poor Italian immigrant who earned his legal education at night school. And over a ten-day period, he grilled some of the titans of Wall Street, toppling one of them — multimillionaire Charles Mitchell, aka Sunshine Charley — who was chairman of National City Bank, the predecessor of the current-day Citibank. NPR's Robert Siegel talks to Michael Perino, a law professor and former Wall Street litigator, about his new book, The Hellhound of Wall Street: How Ferdinand Pecora's Investigation of the Great Crash Forever Changed American Finance. 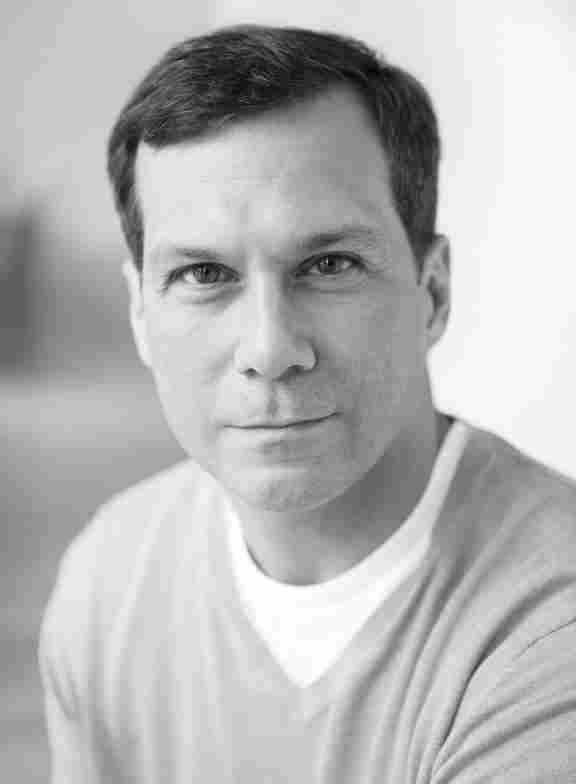 Banks misbehaving; calls for an investigation - that very contemporary combustible combination came together with stunning results in 1933, thanks to a lawyer named Ferdinand Pecora.

Last year, when the Financial Crisis Inquiry Commission was formed, chaired by Phil Angelides, speaker of the House Pelosi invoked a precedent of Ferdinand Pecora. And now, Michael Perino, a law professor and former Wall Street litigator, has written a book about the Pecora investigation called "The Hellhound of Wall Street."

Welcome to the program, Michael Perino.

MICHAEL PERINO: Thanks for having me.

SIEGEL: And Ferdinand Pecora was counsel to a Senate probe of the great Wall Street crash of '29 and the banking misdeeds that surrounded it.

Tell us about who he was and where he came from.

PERINO: He was a former prosecutor from New York. He had been a district attorney in Manhattan for a dozen years. And he was born in Sicily, came to this country in the 1880s, when he was just four years old, and grew up underneath the el in Chelsea.

SIEGEL: So, here was an Italian immigrant whose only chance at a legal education had been night school - law school downtown - who is named counsel to a Senate investigation that had been going nowhere until he was brought up. And he goes up against some of the most powerful people on Wall Street. That's a great contrast right there.

PERINO: It was an amazing contrast. And it was a contrast that was overt to the people at the time. I mean there was no shortage in irony of this Italian immigrant - and you have to remember, at the time there were these stereotypes of Italians that a lot of people believed in. That Italians were anarchic criminals, that they were unintelligent. And here was this stunningly good lawyer uncovering the misdeeds of the Anglo Saxons who ruled Wall Street.

SIEGEL: Speaking of whom, one was Charles Mitchell, Sunshine Charlie Mitchell. Tell us about him.

PERINO: Sunshine Charlie Mitchell was the chairman of the board of the National City Bank, which in the future name changes later, we know as Citibank. He was perhaps the pre-eminent banker of his day. He had really, single-handedly, transformed the way Wall Street operated - making a fortune for himself in the process - by focusing on selling securities to middle-class investors, many of whom had never bought a security in their life before.

And he turned Citibank's securities selling arm, the National City Company, into the largest investment bank in the country.

SIEGEL: Part of what scandalized the nation during the Pecora hearings was how the bank compensated its officers and how it treated its clerks and other junior employees. The officers got plenty rich.

PERINO: They did get plenty rich. And you have to remember, going into these hearings, there was a lot of sort of amorphous anger at Wall Street. But most of it was directed at sort of what you might think of as the bottom dwellers on Wall Street; the shady pool operators and the short sellers.

What Pecora succeeded in doing was really showing how these men who were supposed to be of unimpeachable integrity - the leaders of the most elite financial institutions on the Street - engaged in many of the very same practices and became rich as a result of it.

You have to remember, you know, these hearings are occurring at the worst depths of the Great Depression. So we have people standing in bread lines, we have 25 percent unemployment, and Pecora is revealing for the first time that Mitchell paid himself millions of dollars.

SIEGEL: You write in the book, that the officers of Citibank - this was how Pecora saw it - were paid potentially enormous amounts, only if they were able to sell vast amounts of securities. And since they did not bear the cost of securities that went down in value, they had incentives to sell as many securities as possible.

PERINO: It does sound awfully familiar. And if you read those hearing transcripts from 75 years ago, there's an eerie ring to all of them.

Mitchell had built up a huge network for selling to middle-class securities. But with a huge network came a huge overhead. And he was constantly cajoling and berating his salesmen to make more securities. He actually said that the bank manufactured securities. And with Mitchell constantly at their backs, and the prospects for good securities sort of waning as time went by, they went and sold more and more shoddy securities; the bonds of sketchy South American countries and various other enterprises that were almost bound to fail.

SIEGEL: Very reminiscent of what happened in the mortgage market in recent years.

PERINO: Extremely reminiscent. I mean we have fancier terms for it now. We call them Collateralized Debt Obligations and other things, but basically it boils down to the same thing.

SIEGEL: How much credit does Pecora deserve for the reforms that President Roosevelt - who at this moment is just entering office, presidents were inaugurated in those days in March, and the critical hearings were unfolding just before that - the reforms that FDR ultimately championed?

PERINO: I think he deserves a huge amount of credit. And here's the reason why. One of the most famous laws to pass during that first 100 days of Roosevelt's administration was the so-called Glass-Steagall Act. And Glass- Steagall, as many people know, did primarily two things. First of all, it separated commercial and investment banking. And second, what it did was to create federal deposit insurance.

Glass-Steagall had actually been kicking around Congress for a couple of years. And in the month before Pecora became counsel to the hearings, it actually went down to a fiery defeat at the hands of Huey Long from Louisiana in a very famous filibuster.

But when Pecora came along - and Pecora, I have to say, was the beneficiary of incredible timing, he put Charlie Mitchell(ph) on the stand at precisely the time the banking crisis of 1933 hit. With every bank across the country shuttered and Pecora revealing all of the wrongdoing that was happening on Wall Street, Glass-Steagall sailed through relatively easily and actually was much more extensive than it otherwise would have been.

Deposit insurance wasn't even dreamed about in January of 1932. In the spring of 1933, it passed easily.

SIEGEL: Yeah, you write that FDR, Franklin Delano Roosevelt, was very skeptical about federal deposit insurance. Some states had tried it. He said it didn't work. But the public mood was changing and banks were also closing all over the place. And so what had been a very radical measure a year earlier becomes law.

PERINO: That's right. And his vice president, Garner, basically told Roosevelt, you know, if you want people to put money back in the banks, you're going to have to give them federal deposit insurance.

And as we look back on it now, we can see that that federal deposit insurance proved to be one of the most important structural reforms to the banking committee to emerge from the New Deal.

SIEGEL: Michael Perino, thank you very much for talking with us.

PERINO: Thanks for having me.

Michael Perino's book about Ferdinand Pecora's investigation of the great crash is called "The Hellhound of Wall Street."