Accessibility links
Nuclear Road Trip: Shipping Uranium Is Complex A shipment of bomb-grade uranium arrived at a secure facility in Russia on Monday, sent from a research reactor in Poland as part of a race to secure dangerous radioactive material around the world. Coordinating transfer of the uranium is a logistical challenge. 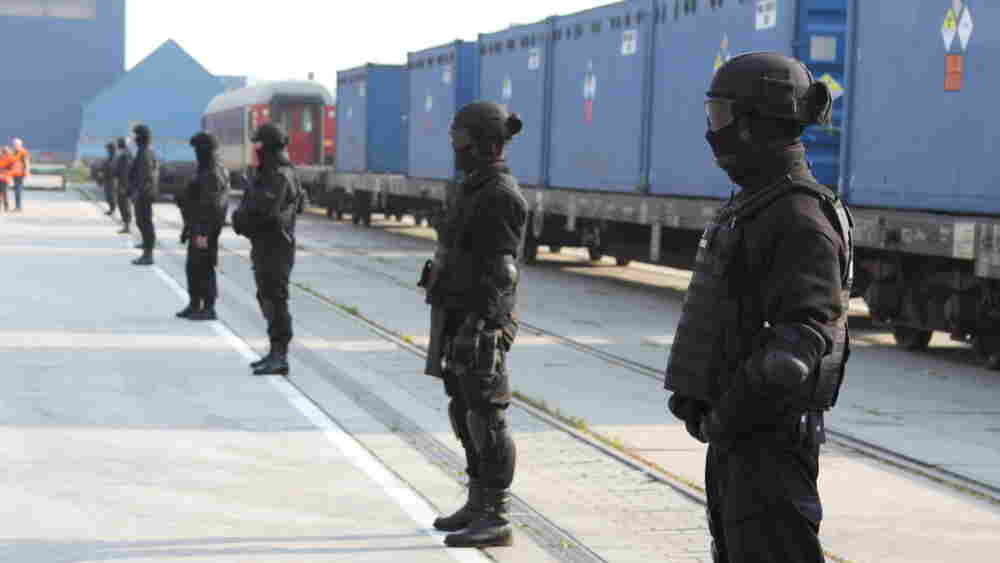 A shipment of bomb-grade uranium arrived at a secure facility in Russia on Monday, sent from a research reactor in Poland as part of a race to secure dangerous radioactive material around the world. There was no way to mistake the shipment for something innocuous like Polish sausage: The trucks were escorted by heavily armed police officers and plastered with large signs saying they carried radioactive material.

"I feel like we're prepared for everything, but you're just a little bit nervous," said Igor Bolshinsky, who is part of a small American team that planned the nuclear road trip. His group was responsible for the transport of the uranium from Poland back to Russia, where it came from in the first place.

The route is complicated: The material will travel by truck to Warsaw, by train to the Baltic port of Gdynia, by boat to the Russian port of Murmansk, and finally by train to a high-security facility in Siberia.

This uranium was never intended for weapons; it was fuel for a small nuclear reactor that scientists use for research. Globally, there are more than 100 research reactors like the one in Poland.

More About The Transfer

You can read an in-depth story about research reactors and this shipment in this week's issue of Nature.

"Most of them were supplied either by the United States or the Soviet Union during the Cold War, and they do all kinds of different work, ranging from training students to even interesting archeology and medical research," says Matthew Bunn, an expert on nuclear security at Harvard University.

These reactors are using highly enriched uranium fuel pure enough for a bomb. Since Sept. 11, 2001, the U.S. government has grown increasingly worried that terrorists could steal the material or buy it. And Bunn says these reactors aren't very well guarded.

"They're just not places where it's plausible that you're ever going to have the kinds of military level security that is really, in my view, appropriate," he says. 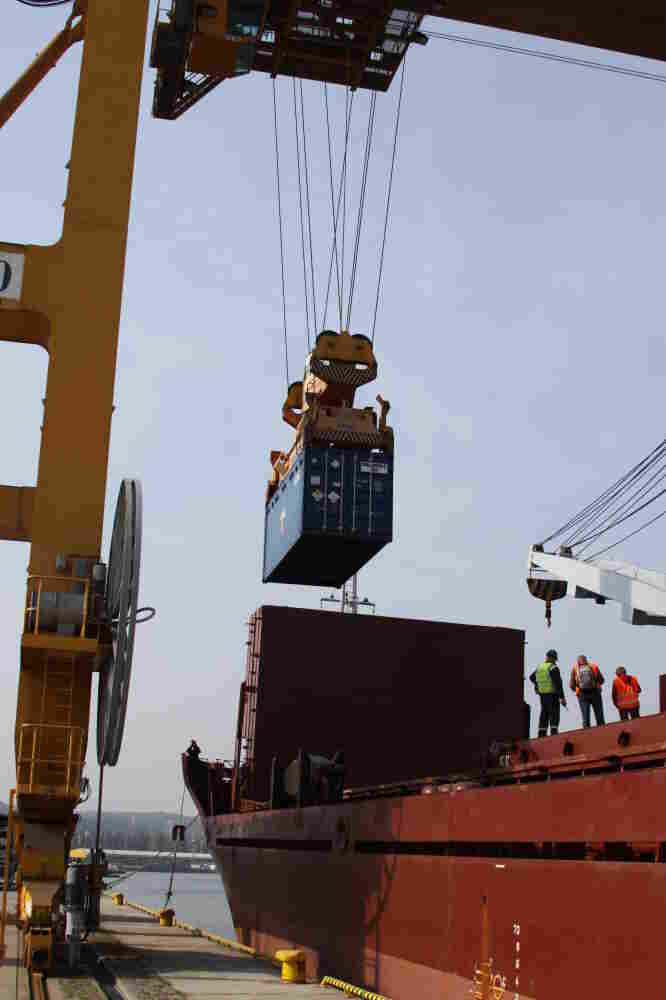 Containers of highly enriched uranium are loaded onto a specially-designed cargo ship in the port of Gdynia on the Baltic Sea on Sept. 26. During the two week trip, the boat traveled to the northern Russian port city of Murmansk and the uranium was transferred to trains and shipped to inland Russia. National Nuclear Security Administration hide caption

The solution? Convert the reactor in Poland to run on low-enriched uranium that can't be used in a bomb, then transport the dangerous stuff back where it came from, in this case Russia. Sounds simple enough, right? Guess again: Andrew Bieniawski, the man in charge of the U.S. program to move the fuel, says planning for this single trip took three years.

"There's a lot of diplomatic and technical level -- you have people from the ministry of the economy, you have the director of the reactor, you have coordination with the police and the Special Forces," he says. "So those are just a few of the ones that, off the top of the head, we've had to coordinate with."

In April of last year, President Obama set a goal of securing all vulnerable nuclear material in just four years. Every dangerous research reactor probably won't be converted by then, but Bieniawski is hoping to clear out 10 countries. Even that goal seems ambitious.

"It is an aggressive schedule, but I do think we can make it," Bieniawski says.

The global program is moving ahead: In the past three years, Bieniawski's team, part of the Department of Energy's National Nuclear Security Administration, has shut down or converted two dozen reactors in places like China, Bulgaria, Chile and the U.S., which still has several reactors running on bomb-grade fuel. But there's one place the U.S. effort has barely reached.

"One of the biggest and most difficult stumbling blocks at this point is Russia, frankly," says Harvard's Matthew Bunn. "They've been willing to be helpful on converting other country's research reactors, but when it comes to converting their own, which is the world's largest number of research reactors, they've been moving extraordinarily slowly."

But the U.S. needs to tread carefully: Russian cooperation is essential for operations like the one in Poland. In fact, it's a Russian ship that will take the fuel on the leg of its journey from the Polish port to Russia. One by one, the containers are lowered into the hold then covered with heavy plates that will shield the crew from radiation.

After a final check from customs authorities, the boat pulls away from port and the Americans, the Poles and Russians all gather dockside to celebrate with a toast.

Geoff Brumfiel is a reporter with Nature. He covered this story in this week's issue of the journal.