Accessibility links
Cynthia Lennon Reflects On Life With John Saturday would have been John Lennon's 70th birthday. Fresh Air remembers the legendary musician by excerpting interviews conducted with those who knew him, including a 1985 discussion with his first wife, Cynthia Lennon. 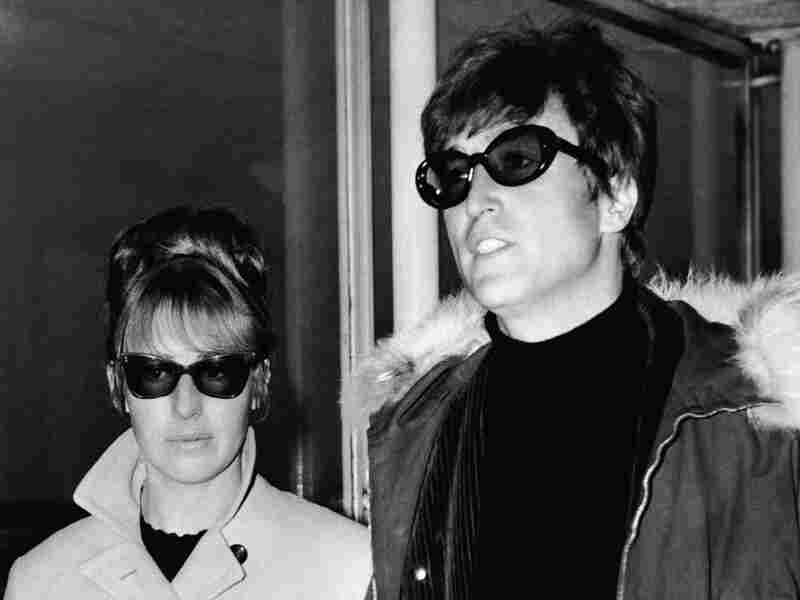 Cynthia Lennon walks alongside John Lennon in this 1966 file photo.

October 9 would have been John Lennon's 70th birthday. Fresh Air remembers the legendary musician by excerpting interviews conducted with those who knew him. This discussion with Cynthia Lennon was originally broadcast on August 6, 1985.

Cynthia Lennon was the first wife of The Beatles' John Lennon.

The two met in art school in 1957 and were married in 1962. During the years John toured the world with The Beatles, Cynthia Lennon was at home raising their son Julian.

In a 1985 interview with Terry Gross, Cynthia Lennon explained that when The Beatles were just getting started, manager Brian Epstein told John Lennon that he had to maintain the illusion of being single.

"Brian wanted a lot of adulation from the fans. He wanted a lot of support from the fans," she said. "If the lead, the main man in the group was found to be married, then it might take away from that particular success, so I walked around pregnant for quite a long time, hiding it. In fact, I was asked many times if I was John's wife, and I had to refuse and say, 'No, no, I'm somebody else.' "

In 1995, Terry Gross interviewed Ringo Starr about his time in The Beatles. You can listen to the complete interview here.

Cynthia and John Lennon divorced in 1968, after John fell in love with Yoko Ono.

"I met [Ono] after I came home on a holiday," Cynthia said. "But I had seen her before. I met her physically, you could say. She'd been staying the night with John, and I came home and they were there, which was sort of curtains for our marriage as far as all of us were concerned, really. ... I knew there was not a thing I could do about it. Any more than I could do about John taking drugs at the time. There was no way I could have stopped him."

After the divorce, Cynthia focused on raising Julian. She told Terry Gross that she thought John's relationship with Ono in the years that followed allowed him to find his own space in the world.

"I don't think he found the complete satisfaction in life, because I think was always searching, always looking for it, always searching for something new," she said. "He was due to come back to England just before he died. So he was constantly changing and looking for new quests. But whatever he did, it was totally honest and wholehearted."