Accessibility links
Future Of Iraqi Government Remains Unclear Iraqi analysts say the most likely outcome looks to be another term for Prime Minister Nouri al-Maliki, heading a pro-Iran government that includes hard-line anti-American elements from the Sadr movement. The main caveat, they say, is is that Sadrists have switched allegiances and may do so again.

Last week, Iraqi Prime Minister Nouri al-Maliki appeared to win an important victory.  A key Shiite faction led by the cleric Moqtada al-Sadr agreed to the demand that Maliki has stubbornly clung to for the past seven months of stalemate -- that he must continue to lead the country.

But leading political figures in Iraq say the logjam is not yet broken.

U.S. officials insist that they have no preferred candidate, but they appear dismayed by the prospect of the anti-American Sadr movement having key positions in the new government.

Concern Over The Sadrists

U.S. Ambassador to Iraq James Jeffrey offered reporters the standard U.S. position a few days after the Sadr movement threw its support behind Maliki. He said a broadly inclusive government, including the Sunni-backed bloc headed by Iyad Allawi, would be preferable, and that the new government should be formed quickly.  But he also made it clear that the recent rise in the Sadr movement's political fortunes was not a happy development for Washington. 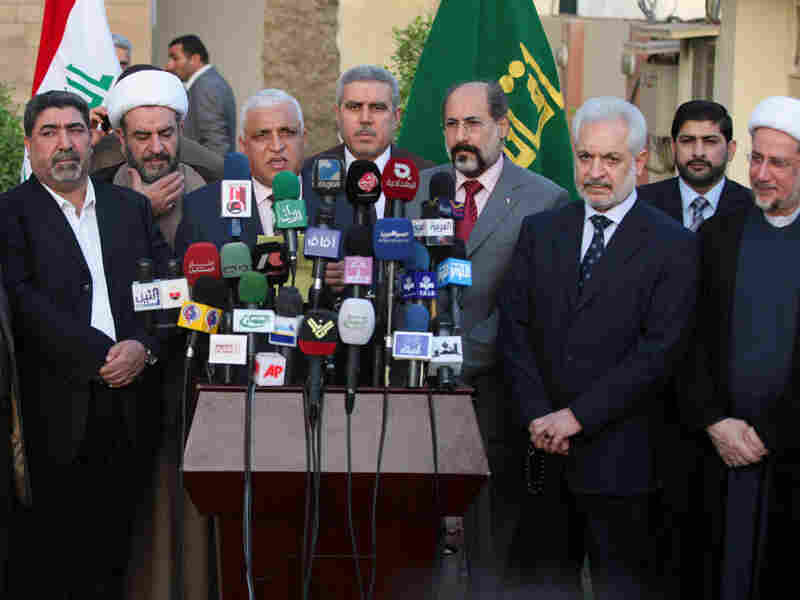 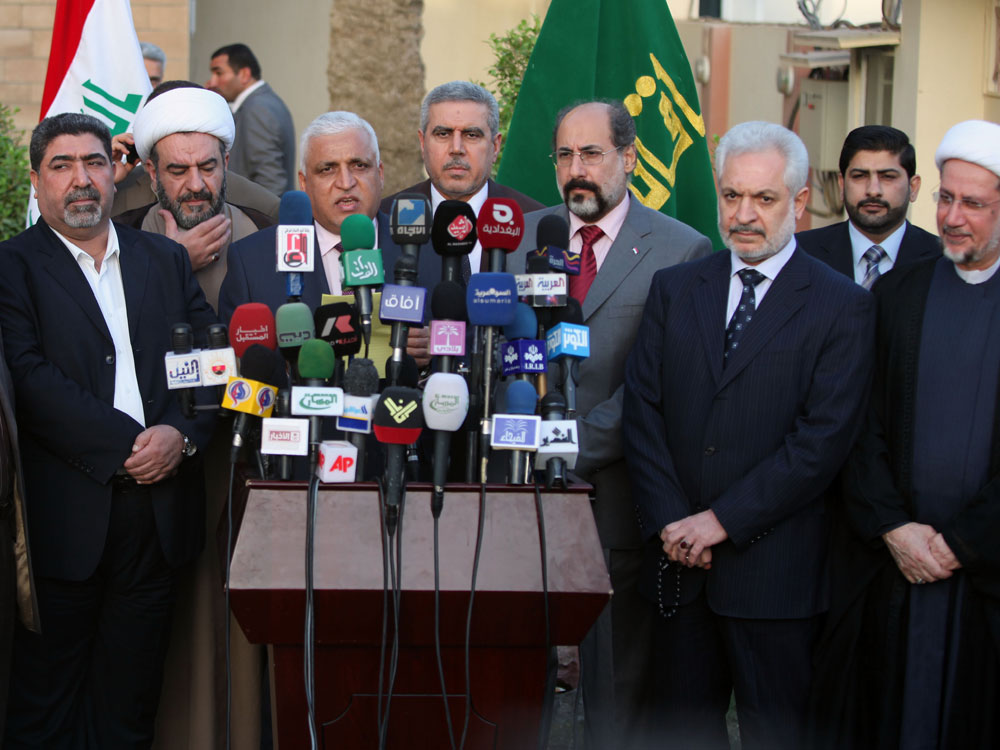 "The problem that we see and that others see -- and I want to underline others see here -- is that there is not clarity on whether the Sadrist movement is a political movement or it is a militia which carries out political objectives through violent means," Jeffrey says. "And a democracy can't tolerate that."

At the Iraqi parliament, Kurdish lawmakers were in fine spirits and unusually high demand. The Kurds now hold a crucial bloc of votes, enough to put Maliki or his chief rivals for power over the finish line in this excruciating slow-motion race to form a government.

Kurdish MP Mahmoud Othman says it isn't surprising that the Americans are worried about the Sadrists, as they're known in Iraq, acquiring important security positions in the next government.

"Well, as far as America is concerned, they think Sadrists are still half-terrorist," he says. "So, they think if they get security posts, of course it would not be good."

U.S. forces clashed repeatedly with Sadr's armed wing, the Mahdi Army, or "Jesh al-Mahdi."  Finally, with U.S. support, Maliki ordered a crackdown against the militia. And after heavy fighting in 2008, Sadr ordered his men to disarm.

But Othman says he doesn't think neighboring Iran has given up on its desire to have another half-political, half-military actor in the Middle East, as it does with Hezbollah in Lebanon.

Well, as far as America is concerned, they think Sadrists are still half-terrorist. So, they think if they get security posts, of course it would not be good.

"They tried very hard -- they had Jesh al-Mahdi, but Jesh al-Mahdi didn't behave well; they were not as clever as Hezbollah," Othman says. "But now still they have such a possibility -- that's exactly what they are aiming at. Iran is aiming at making the Sadrists a sort of Hezbollah in Iraq."

Haider al-Abadi, with Maliki's "State of Law" party, has heard that the Americans are hoping for some coalition that excludes or minimizes the Sadr movement. But he says that's a double standard: If you want a broad coalition of all winning blocs, the Sadrists should be part of it.  He also hopes Allawi's Iraqiya bloc will come on board -- or, if not the whole bloc, at least a sizable chunk of the Sunni parties that cast their lot with Allawi and Iraqiya during the election.

"I think there are such signs, that if they see the train is moving on the track, a lot of Iraqiya people will follow, because we don't believe they went to all this length in the election, and they won that, to be in opposition," he says. "They want to be in the government."

The apparent Maliki-Sadr rapprochement has also revealed cracks in the majority Shiite political community. The Supreme Council, the once dominant religious Shiite party with roots in Iran, refused to join the Maliki-Sadr alliance, and its leading candidate, Adel Abdul-Mahdi, is still competing against Maliki for the prime minister's job.

But Othman, the Kurdish lawmaker, says Iran probably won't allow those parties to join with Allawi and the Sunnis. Iraqi analysts say for now, the most likely outcome looks to be another term for Maliki, heading a pro-Iran government that includes hard-line anti-American elements from the Sadr movement.

The main caveat, they say, is that the Sadrists have switched allegiance three times already and might do so again.